“Disloyal” Governor Removed in Drive for Unity Behind Xi 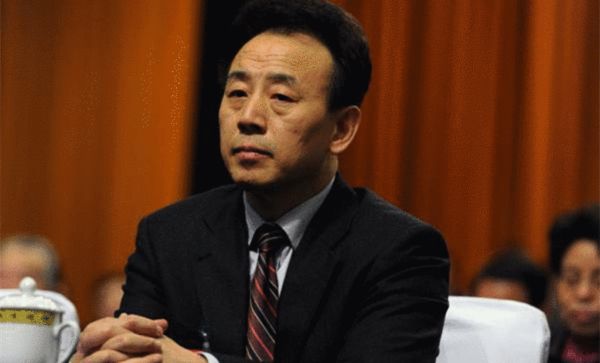 Following mounting calls for “absolute” loyalty to the Chinese Communist Party and to Xi Jinping, the Associated Press’ Christopher Bodeen reports on the removal of Sichuan Governor Wei Hong over accusations of disloyalty.

Deposed Sichuan Gov. Wei Hong joins a long list of those sidelined in a sweeping crackdown on dissent, civil society and corrupt officials.

However, the accusations against Wei are unusual in that they make no mention of graft or any other crime, which some observers took as a sign that Xi has become powerful enough to take down major politicians without charging them with criminal activity. Wei was accused only of violating “party discipline,” not of breaking the law, demoted to a vice departmental post and removed from his party duties.

Wei had been “disloyal to the party, dishonest and failed to value the many opportunities to receive education and rectify his wrongdoing,” the party’s Central Commission for Discipline Inspection said in an unusually long statement on its website.

Along with “seriously violating political and organizational discipline,” he also sought to subvert the investigation, refused to confess and interfered with judicial activities, the commission said. [Source]

The New York Times’ Chris Buckley describes the ongoing campaign by President Xi Jinping to consolidate his political power and eliminate those who fail to toe the party line. This has seen the revival of references to Xi as the “core leader,” which were satirized by CDT cartoonist Badiucao this week.

As Mr. Xi confronts economic challenges and prepares to pick a fresh cohort of subordinates, he has demanded that Communist Party officials close ranks around him more tightly than ever, and references to Mr. Xi as the “core” leader have become a daily occurrence in China’s state-run news media.

[…] In the stagecraft of Chinese politics, formulaic expressions like “core” are tokens of power. Officials have suggested that hailing Mr. Xi as a leader of such stature — one in the footsteps of Deng, who ruled China through its transformation after Mao’s death — carries a warning not to question, let alone challenge, his authority as the government navigates turbulent changes.

[…] Mr. Xi, whose formal titles include general secretary of the Communist Party, has signaled his demands for greater loyalty through recent central leadership meetings, with the message filtering downward. “Party and government, military, civilian and learning — east, west, south, north and center — the party is leader of all,” Mr. Xi said at a meeting last month,according to a widely circulated report by a propaganda team devoted to promoting him.

In a burst of statements since that meeting, dozens of provincial-level leaders and other senior cadres have vowed — and demanded from their subordinates — unflinching allegiance to “General Secretary Xi Jinping, the core.” Each day this week has brought new such declarations of allegiance to Mr. Xi in the state-run news media. [Source]

At South China Morning Post, Li Jing reports that the Communist Youth League and Chinese Academy of Social Sciences have been criticized in recent days for deviating from the Party’s Marxist ideological line:

The Communist Youth League, once the cradle for promising young cadres and future political high-fliers, has been criticised by inspectors from the Communist Party’s top disciplinary watchdog for its self-serving attitude, with some cadres considering themselves “political aristocrats”.

[…] In its latest round of inspections of 31 institutions, the Central Commission for Discipline Inspection also criticised the Chinese Academy of Social Sciences, a top think tanks, for not sufficiently toeing the Marxist line, in what an analyst said was another sign of tightening in ideology.

The CCDI said in a statement late Thursday that the league’s central committee had not fully implemented the party’s decision to improve the work of mass organisations. The committee was also overly bureaucratic, and some officials regarded themselves as “political aristocrats”, according to the statement. [Source]

Meanwhile, the Communist Party is now calling all of its members to pay their membership fees in person as a display of commitment. From Nectar Gan at SCMP:

The mouthpiece newspaper of the Central Commission for Discipline Inspection, the party’s corruption watchdog, said in an article on Wednesday that when it came to paying party fees, it was less about the money than the spirit.

“Paying party membership fees in person is a process of alerting [oneself and reminding oneself of] the party spirit…No matter how good our life has become, we should never forget this root of being a communist, and especially should not regard it as a trouble or loss,” it reads.

[…] “Some people ask their secretaries to do it for them, some only pay every half a year, some ask accountants to subtract [from their salaries]…These are all wrong. Cadres should go to the party groups or branches where they belong to hand in the fees themselves,” Li told a group of officials on Sunday.

Ding Xueliang, a Chinese politics professor at the Hong Kong University of Science and Technology, said since the party took power in 1949, paying membership fees was no longer important in economic terms. Instead, “the significance now lies mainly in showing organisational loyalty and cadres’ discipline,” he said. [Source]