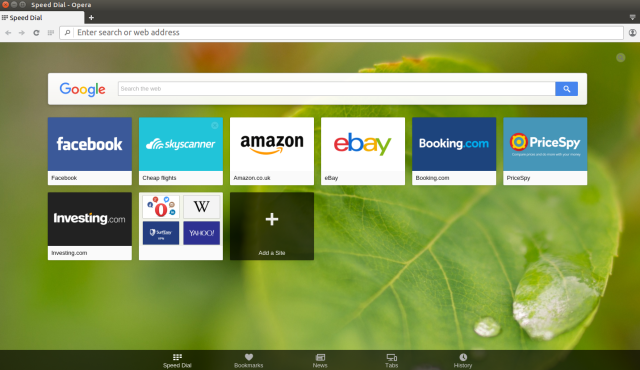 Opera Software, a Norway-based company that operates a popular web browser, intends to accept a $1.2 billion acquisition bid from a group of Chinese companies. Opera says its board unanimously recommended that shareholders approve the offer. At Ars Technica, Glyn Moody reports:

Opera Software, which is best known for its browser of the same name, has urged its shareholders to accept a buyout offer from a Chinese consortium that values the Norway-based company at £820 million ($1.2 billion).

The acquisition bid comes from a number of Chinese tech firms, including Qihoo—a leading security software company—and mobile Internet provider Kunlun. Opera has been looking for what it calls “strategic opportunities” since August last year, and said that its decision to recommend the offer, led by the Golden Brick Silk Road Fund Management of China, came after “careful consideration of the various opportunities for the company and the proposals received.”

Opera’s board and shareholders in its management team unanimously accepted the offer. In addition, “larger shareholders representing approximately 33 percent of the Opera shares outstanding, have undertaken to accept the offer for their shares in the company.” The Chinese consortium said it was offering 71 NOK (about £5.60) per share, a premium of around 50 percent compared to the recent value of shares, which makes it quite likely that the offer will be accepted by the 90 percent threshold of shareholders needed for the deal to go through. [Source]

At The New York Times, Amie Tsang and Paul Mozur write that the pending deal, itself part of an endeavor by Chinese tech firms to expand abroad, would give Opera increased access to China’s Internet users and allow its Chinese buyers to market their products to Opera clients.

The offer is the latest effort by Chinese technology companies to look abroad. One of the partners behind the Opera bid, the mobile-game maker Beijing Kunlun Tech, acquired a 60 percent stake in Grindr, valuing that social networking app for gay men at $155 million. Chinese tech giants like Alibaba Group and Tencent Holdings have also made purchases outside their home market in recent years to expand their reach.

[…] Opera said that the agreement would give Opera access to Kunlun and Qihoo’s Internet users in China, as well as funding. Kunlun and Qihoo will also be able to sell their products to Opera users and use its mobile advertising platform.

Qihoo runs its own mobile browser, which it could combine with Opera’s, and it also could benefit from the company’s advertising network. Kunlun, which makes and licenses games, could use Opera’s apps as a way to broaden the distribution of those games. [Source]

In addition to its browser, Opera is also active in online advertising, and offers VPN as well as data compression services.