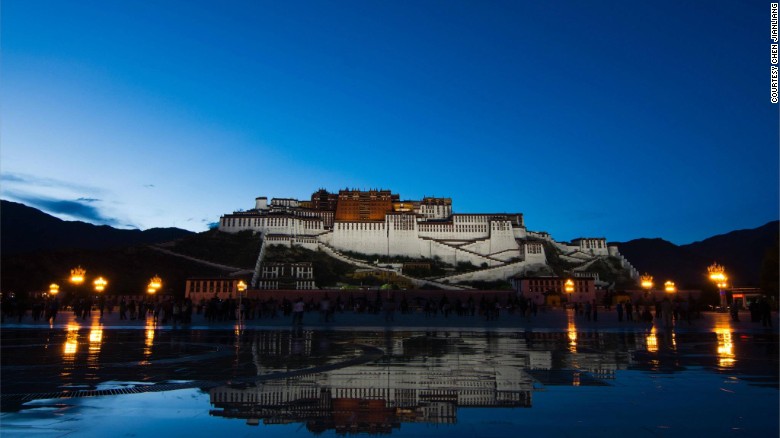 At CNN, Katie Hunt reports that the Tibet Autonomous Region is closed to all foreign visitors and will not reopen until the end of March. The closure is an annual practice by Chinese authorities to block off overseas travelers ahead of the March 10 anniversary of the 1959 Tibetan Uprising.

China has closed Tibet to overseas travelers from Thursday until the end of March, three travel agents told CNN, but with or without foreigners, tourism to the isolated mountain region is booming.

The closure has been an annual occurrence since 2008 when the Tibetan capital Lhasa was rocked by riots linked to the anniversary of an uprising against Beijing rule.

[…] Robbie Barnett, a Tibet scholar at Columbia University, says China has poured in huge sums of money to make the high-altitude region accessible for mass tourism.

[…] But he adds that Tibetans tend to benefit more from foreign tourists “since they want to be guided by Tibetans, want their money to go to Tibetans, and tend to prefer low-impact, sustainable forms of tourism.”

Meanwhile, Palden Nyima and Da Qiong at China Daily report that plans for the development of a new ski resort in Tibet.

China’s highest ski resort has been earmarked for Lhasa, capital of the Tibet autonomous region, as part of its 13th Five-Year Plan (2016-20).

[…] “With an average altitude of 4,500 meters above sea level, Tibet is rich in unique natural resources for ice and snow sports,” said Nyima Tsering, deputy director of the region’s sports bureau.

[…] It is important to have a ski resort in the region’s capital, Nyima said, because it will provide a stage for younger generations to learn the basics of winter sports before attempting the many natural snow-capped mountains in the area.

“Just as China is new to the winter sports game, Tibet also has a long way to go,” said Nyima, adding that he hoped “to see the faces of Tibetan skiers” at the 2022 Winter Olympics. [Source]

While Chinese are encouraged to visit Tibet, some travelers have been warned to watch their step around the exiled community in India. Three Chinese celebrities have been subjected to state media criticism for appearing at a recent Tibetan Buddhist event with members of the Tibetan government-in-exile. From The Associated Press:

An article on China Tibet Online this week that was widely carried by other state media said there was nothing wrong with Beijing singer and actress Faye Wong, Hong Kong actor Tony Leung and Beijing actor Hu Jun worshipping Buddhism and attending religious activities.

But it said that “meddling with the ‘Tibetan-independence’ clique leaders has gone far beyond the realm of ‘freedom of religious belief.'”

[…] Karma Namgyal, secretary of the Karmapa’s office, said the presence of the three along with one of the ministers of the Central Tibetan Administration and speaker of the Tibetan parliament-in-exile was “coincidental.”

[…] The state media commentary Wednesday said it would be “a pity if they lose their good reputations earned by hard work over so many years” by getting acquainted with people “on the wrong side of the state’s major principle of right and wrong.” [Source]