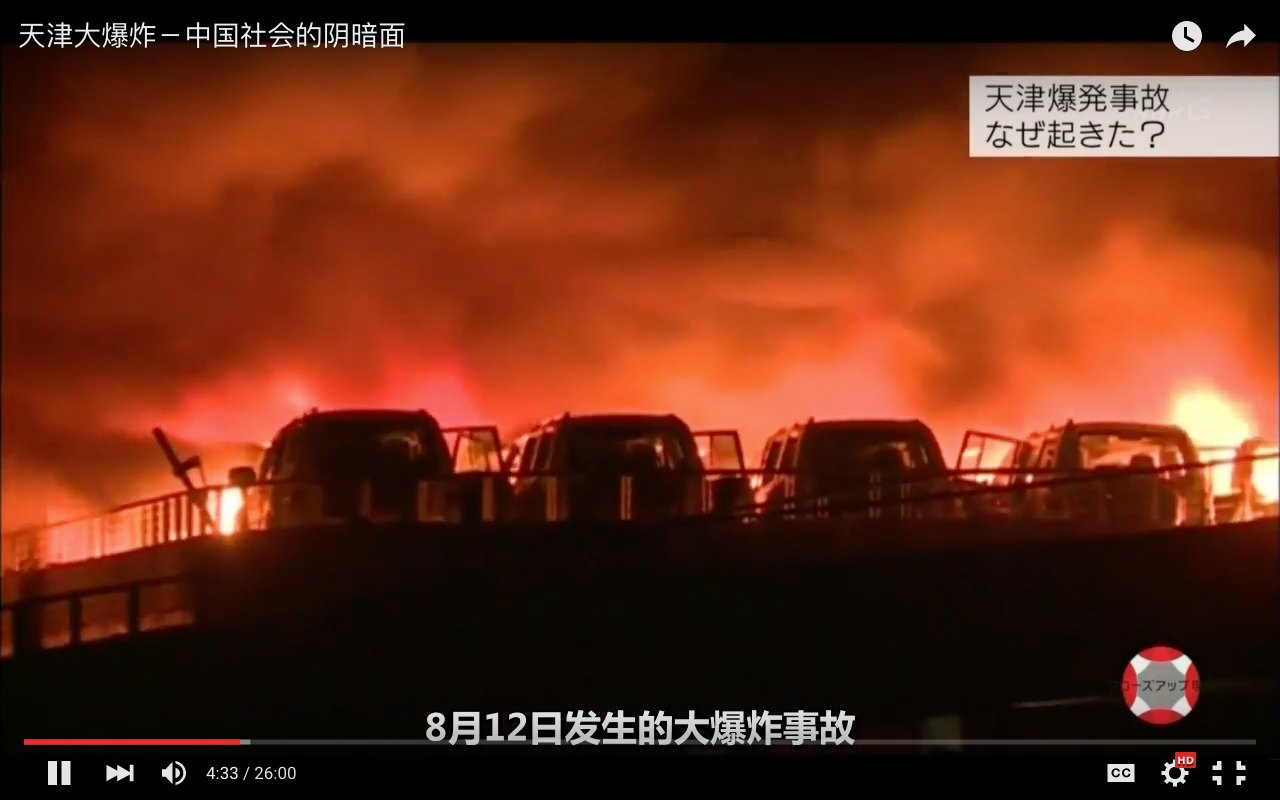 All websites are kindly asked to find and delete the NHK documentary “Tianjin Explosion: The Dark Side of Chinese Society,” and report back on the cleanup. (March 4, 2016) [Chinese]

On 15 September, 2015 the Japanese national broadcaster NHK released a short documentary on the chemical explosions in Tianjin last August. A version with Chinese subtitles (embedded below) was posted on YouTube on Friday. A Baidu search for the title of the documentary did not turn up relevant results.

The series of explosions at a warehouse housing hazardous chemicals near Tianjin’s port on August 12 left 173 dead and hundreds injured. Residents of apartment buildings built dangerously close to the warehouse were left homeless. Many signed questionable compensation agreements under pressure from government officials.

Domestic media and websites were instructed to stop investigations at the scene of the blasts and only carry coverage from state media, according to several leaked propaganda directives from August 13. Many outlets pushed the limits of these restrictions, however. The Beijing Daily’s He Xiaoxin even ventured into the forbidden disaster zone. While “officials” whom CNN reported had confronted a correspondent outside a hospital turned out to be grieving relatives, foreign reporters were indeed obstructed by the authorities, sometimes while the cameras were rolling.

User “Thornn bird” comments on YouTube, “Thank you for the doc shot by Japanese. Chinese still have to understand China through Japanese media. How funny and sad.”