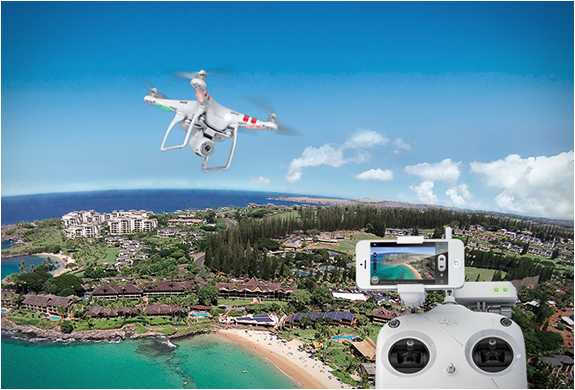 In a press conference on Wednesday, Shenzhen-based DJI, one of the world’s leading suppliers of commercial drones, discussed its compliance with Chinese authorities’ requests for user data including location, flight path records, and shared video footage. As Chinese tech companies like WeChat and DJI gain users abroad, the dronemaker’s statements highlight uncertainty about what data is stored within Beijing’s reach.

Adam Najberg, another DJI spokesman, said DJI evaluated each request and complied if it decided that request was legitimate.

[…] DJI also sells drones in the United States. Mr. Najberg said DJI did not have a way to see video or images from drones beyond those that users upload themselves via a company social-media app. He also said that the company’s phone app uploads flight data to its servers, though consumers can use third-party apps that do not.

[…] DJI could also give the government data from flights in Hong Kong, Mr. Zhang said. That could raise eyebrows among drone users in the city, a semiautonomous Chinese territory with its own laws that guarantee freedom of expression and its own independent judicial system. Protests in Hong Kong that shut down parts of the city in late 2014 were prompted in part by concerns that Beijing was interfering in local affairs.

[…] DJI is not alone in cooperating with Chinese authorities when they request data, which is required of all companies doing business there. In its most recent report on government requests for information, Apple said it received about 1,000 requests for data in the second half of last year from Chinese authorities and supplied data about two-thirds of the time. Apple said this week that it had never handed encryption keys over to the Chinese authorities, which would give Beijing direct and broad access to communications on Apple’s products.

(Over the same period, Apple received about 4,000 requests from the United States authorities and handed over data four-fifths of the time, according to its report. Access to encrypted communications on Apple devices has become the subject of a fierce American political debate.) […] [Source]

Bloomberg Technology notes a lack of clarity on how this will affect users of DJI products outside of China, and relays expert opinion on how the company could curb privacy concerns from customers:

It’s unclear how future data requests may apply to U.S. and European customers, though the company will inform users if any of their information is handed over to authorities, Zhang said. DJI notifies users in its privacy policy that their personal data may be transferred to and from servers throughout China, Hong Kong and the U.S.

[…] To quell potential privacy concerns, DJI should clarify how long it keeps data, limit the types of information collected and outline how it handles customers by jurisdiction, said Lokman Tsui, an assistant professor at the School of Journalism and Communication at the Chinese University of Hong Kong who has advised Google on freedom of expression.

“This puts them in a very difficult position with international customers,” Tsui said. “They collect a lot of data, and it’s unclear at this point what the retention period is.” […] [Source]

The commercial market for drones is relatively new. As more consumers buy drones across the globe, the regulation of flight and associated data, personal privacy, and national security have posed increasingly difficult public policy questions. In 2013, there were reports on an imminent boom in demand for China-made drones in developing countries due to their relative low-cost and loose regulations on purchase and use.

The flying of commercial drones is currently off-limits in Washington D.C., and DJI firmware ensures that the company’s products don’t operate in the no-fly zone since a DJI Phantom drone crashed on the lawn of the White House in January 2015.

Chinese drones “have bigger payloads, which means they can carry more weapons” than their rivals, Shi Wen, chief drone designer at the China Academy of Aerospace Aerodynamics, told the China Dailynewspaper. Shi did not name the countries that bought the drones, the numbers of drones sold or the exact deal value, but said that the academy’s most valuable sale was worth “hundreds of millions of U.S. dollars.”

The report added that the drones are named Cai Hong, which means rainbow. CH-3 is a popular model, capable of firing missiles at a distance of six miles from its target and flying for over 10 hours. The academy is also planning to get an export license for the new CH-5, which made its first test flight last August, and can launch air-to-surface missiles and laser-guided bombs, Shi said. [Source]