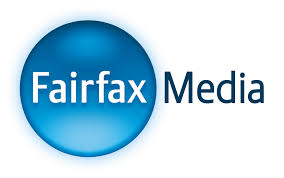 When Liu Qibao, a member of the Politburo and head of the Central Propaganda Department, traveled to Sydney to meet with Gary Quinlan, acting secretary in the Australian Department of Foreign Affairs and Trade, the two men presided over the signing of a number of deals between Chinese and Australian media outlets. China Daily reports on the deals:

Liu Qibao, a member of the Political Bureau of the Communist Party of China Central Committee and head of the CPC Central Committee’s Publicity Department, and Gary Quinlan, acting secretary in the Australian Department of Foreign Affairs and Trade, attended the signing ceremony.

These latest efforts will promote and deepen exchanges between media outlets in both countries and shore up the importance of a comprehensive strategic partnership between China and Australia in light of new realities.

These deals are the latest to raise red flags in Australia about domestic media’s acquiescence to Chinese propaganda organs. In recent years, observers have expressed concern over Chinese state media’s acquisition of several Chinese-language outlets in Australia, while the Australian Broadcasting Corporation has recently signed an agreement with Shanghai Media Group which allows them market access inside China for a Chinese language site, AustraliaPlus.cn. In exchange, the website avoids posting politically sensitive news that might offend Beijing, according to journalists and experts familiar with the Australian media. CAMG Media, one of the recent signatories, has come under the scrutiny of foreign journalists in Beijing in the past when its correspondents have asked apparently staged questions at official press conferences.

Such business agreements are part of a broader agenda put forth by President Xi Jinping, who has called on the Chinese media to “tell China’s story” to the world through the promotion of “external propaganda”. They also come at a time when traditional media in Australia, as in much of the world, is struggling to stay afloat in a rapidly changing media environment. Philip Wen reports for Fairfax Media, which itself has agreed to publish an eight-page pull-out section produced by China Daily in three of its newspapers every month:

Individually, the deals offer compelling commercial opportunities. But viewed collectively, they underline the coordinated nature in which China’s propaganda arms are seeking to influence how the Communist Party is portrayed overseas – the potential pitfalls of which were highlighted when the Australian Broadcasting Corporation was caught self-censoring news reports on its Australia Plus website.

John Fitzgerald, a leading China expert at Swinburne University, questioned DFAT’s role in inviting and hosting China’s chief propagandist and “all the Communist Party and [DFAT] palaver” surrounding the announcements.

It was “frankly alarming”, he said, if it amounted to an endorsement which “officially welcomed foreign political party propaganda placements in Australian media”. [Source]

John Fitzgerald and Wanning Sun write in The Interpreter that the recent deals are a clear win for Beijing:

Each of these deals may not amount to much in isolation. But taken together, the visit by propaganda chief Liu Qibao suggests a landmark victory for the Chinese Communist Party.

Since the 2008 Beijing Olympics, China has implemented a ‘going global’ strategy, including a hefty push for Chinese state media to go abroad. Taking to heart Joseph Nye’s argument that soft power is ‘about whose story wins (not whose army wins)’, the Party has tasked the external branch of the Propaganda Bureau with the mission to ‘tell the world China’s story.’

At home the Propaganda Bureau’s primary task is to tell China’s media what can’t be published. Every day it issues a list of forbidden current affairs topics to guide all media operations. The Panama Papers was recently among them. It polices some topics to ensure they never receive favourable mention, including freedom of the press, universal values, civil society, civil liberties, and so on. These prohibitions apply to its overseas publications placed in prestige media outlets such as the Fairfax press. Overseas, the Propaganda Bureau plays an additional role in ensuring that whatever is published burnishes a glowing image of China and its rightful place in the world.

As far as the Chinese side is concerned, deals such as this are not about commercial opportunity. They are about using propaganda to advance national strategy. China’s media experts have done their homework on the Australian media and found opportunities to exploit the financial vulnerability of the mainstream private media market. [Source]

Read more about the Chinese government’s efforts to influence global opinions about China through PR efforts and the media, via CDT. For more on the propaganda directives mentioned above via The Interpreter, see CDT’s Directives from the Ministry of Truth series.