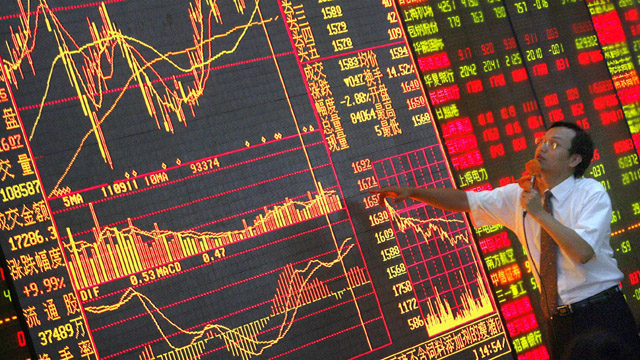 Four key forces have been shaping the rise and fall of nations since the 2008 financial crisis, and none of them bode well for China. Debts have risen dangerously fast in the emerging world, especially in China. Trade growth has collapsed everywhere, a sharp blow to leading exporters, again led by China. Many countries are reverting to autocratic rule in an effort to fight the global slowdown, none more self-destructively than China. And, for reasons unrelated to the 2008 collapse, growth in the world’s working-age population is slowing, and turned negative last year in China, depleting the work force.

It will be difficult for any country to grow as rapidly as 6 percent, and all but impossible for China. Nevertheless, in an effort to exceed that target, Beijing is pumping debt into wasteful projects, and digging itself into a hole. The economy is now slowing and will decelerate further when the country is forced to reduce its debt burden, as inevitably it will be. The next step could be a deeper slowdown or even a financial crisis, which will have global repercussions because seven years of heavy stimulus have turned the world’s second largest economy into a bloated giant.

In Beijing, confidence has given way to a case of nerves. Local residents often sense trouble coming before foreign investors and are the first to flee before a crisis. Chinese moved a record $675 billion out of the country in 2015, some of it for purchases of foreign real estate. If China were eating America’s lunch, its people would not be rushing to buy safe-haven apartments in New York or San Francisco. Far from conspiring to cheapen its currency, as Mr. Trump charges, Beijing is struggling to keep the weakening renminbi from falling more, which would further erode local confidence and make a crisis more likely. […] [Source]

Similarly, at Bloomberg, Michael Schuman explains how the Xi administration has forgotten the lessons of China’s reform and opening days, leaving the country on increasingly thin economic ice:

[…] China’s President Xi Jinping appears to have misplaced his textbooks. Rather than continuing to heed the experiences of Asia’s tiger economies, he’s ignoring critical lessons at his — and China’s — peril.

[…] Xi has pushed economic reform too far down his to-do list. Instead, he’s devoted much of his attention and energy to an anti-corruption campaign, a drive for ideological purity within the Communist Party, greater control over social media and civil society, and squabbling with neighbors over territorial issues. Rather than separating economic and political agendas, he appears to have placed the former at the service of the latter.

[…] Technocrats certainly populate all rungs of the Chinese leadership and central bank; Premier Li Keqiang himself has a Ph.D. in economics. But President Xi has grasped more and more authority over policymaking in his own hands, effectively sidelining his deputy. The experts seem to have been reduced to writing papers laying out worthy reform proposals, only some of which are eventually heeded. […] [Source]

Another article from Bloomberg warns of China’s proliferating and carefully hidden unemployment rate:

The jobless rate may be three times the official estimate, according to a new report by Fathom Consulting, whose China’s Underemployment Indicator has tripled to 12.9 percent since 2012 even while the official jobless rate has hovered near 4 percent for five years.

The weakening labor market may explain China’s decision to uncork the credit spigots and revive old growth drivers in an effort to stabilize the world’s no. 2 economy.

Leaders have stressed that keeping employment stable is a top priority. Fathom’s data shows that while mass layoffs haven’t materialized, the number of people not working at full capacity or hours has increased.

“The degree of slack has surged in recent years,” analysts at the London-based firm wrote. “China has a substantial hidden unemployment problem, in our view, and that explains why the authorities have come under so much pressure to re-start the old growth engines.” […] [Source]

Also at the New York Times, Chris Buckley and Jane Perlez report that Beijing has shot back at criticism from Washington that a production overcapacity is impacting global markets lobbed from the U.S.-China Strategic & Economic Dialogue in Beijing yesterday:

The finance minister, Lou Jiwei, suggested that foreign officials should curb their complaints about industrial production surpluses because their governments had cheered on China’s investment spree during the global financial crisis that began in 2008. That spree helped create the production gluts now worrying policy makers in Beijing and, increasingly, around the world.

“At that time, the whole world applauded and thanked China,” Mr. Lou told a news briefing near the end of a day of annual meetings in Beijing between senior Chinese and American officials. “Now they’re saying that China has a production glut that is a drag upon the world. But what did they say at the time?”

Mr. Lou was responding to questions about the Treasury Secretary Jacob J. Lew, who has complained that China’s huge surpluses were being sold so cheaply on international markets that they were distorting the global economy. […] [Source]

While Chinese attempts to assuage concerns in the diplomatic sphere may not prove satisfying to foreign economic analysts and journalists, Beijing’s ever reinforcing censorship and propaganda apparatus has more impact to reassure (or at least silence) domestic pessimism. Recent reports say that Chinese business analysts, economists, and journalists have been candidly warned by authorities to adopt a sunnier outlook on economic matters, and economic coverage from state media remains bullish as ever. As increasingly disgruntled Chinese investors have begun protesting government policy for recent losses, authorities have also begun to take measures to mitigate any further unrest.