Gao Zhisheng on Torture in Prison, Future of CCP 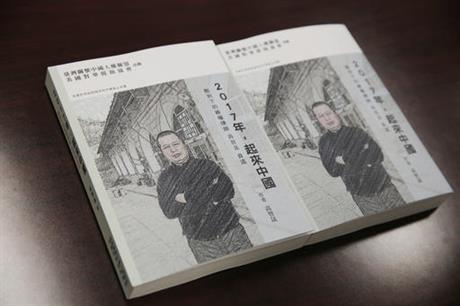 Rights lawyer Gao Zhisheng was released from prison in 2014 after serving almost three years for “inciting subversion of state power.” Since then, he has detailed the torture he endured, including extended periods of solitary confinement, which left him unable to speak intelligibly and with lingering health issues upon his release. He has now written in more detail about his experiences in prison and his thoughts on Chinese politics in a book that has just been released in Taiwan. Michael Forsythe reports on the book for The New York Times:

In the 446-page book, Mr. Gao describes his time as a prisoner from 2009 to 2014, when he was released and sent to his home in the northwestern province of Shaanxi to live under round-the-clock police surveillance with his older brother, a farmer. The book was introduced in Hong Kong on Tuesday by his daughter, Grace Geng.

[…] Mr. Gao devotes about half of the book, whose Chinese title translates to “The Year 2017, Stand Up, China,” to describing his treatment while he was detained and imprisoned. He writes extensively about how he was threatened, beaten and given electric shocks.

“He stepped on my shoulder, and the severe sound of an electric shocker burst out. He then placed it under my chin,” Mr. Gao wrote of one of his torturers. “I heard another strange sound. Without a doubt, that was from me. I can’t find a more apt description: It was like a sound a dog would make if stomped on its tail by its master, and other times it was as if the dog was being held upside down by its tail.”

A Christian and now a passionate anti-Communist, Mr. Gao spends the middle part of the book arguing why the Chinese Communist Party will collapse in 2017. For this, he appears to draw on a kind of numerology that came to him in a dream. He devotes the last part of the book to describing China after the fall of Communism, when the country will become democratic, led initially by a transition government. [Source]

Tom Phillips of The Guardian also read and reported on the book:

“We always hear how strong and stalwart a hero is in the face of torture, how he refused to utter a sound, but in my judgment this is utterly bogus and impossible,” Gao writes of the episode. “I’m sure that my screams were absolutely hair-raising and audible for five or six floors in either direction.

“I myself had never before heard the kind of noises I made, which emerged from me of their own volition and outside of my control,” adds Gao, whose wife and two children fled to exile in the United States in 2009.

A spokeswoman for China’s public security ministry told the Associated Press it had no information about Gao’s treatment while in custody or prison and had not been directly involved with his case. [Source]

Isolda Morillo of AP interviewed Gao via a messaging app about his new book, his thoughts about the future of China’s politics, and his decision to remain in China while his wife and children are now living in the U.S.:

AP: How do you communicate with the outside world? How do you make ends meet?

GAO: I do not have a computer, and of course I don’t have access to the internet. I have been using cellphones — I bought three different cards, but the numbers were halted as soon as (the minders) found out I was using them. I cannot work, but fortunately I don’t need to worry about a livelihood, thanks to my brother, whose land is very fertile.

[…] AP: What are your wishes at the moment? Do you wish to reunite with your family? Would you choose to leave China if you could?

GAO: Of course I wish to reunite with my family; I also wish to be able to work again as a lawyer. But I know that as long as the Communist Party is in power, all these things will not be possible. My ultimate wish is that democracy and a constitutional political system will be established in China, so we can all live in a normal country.

I think change is about to happen here. I know this is not easy to understand, but staying here is the price we need to pay in order to be able to be part of the change. [Source]