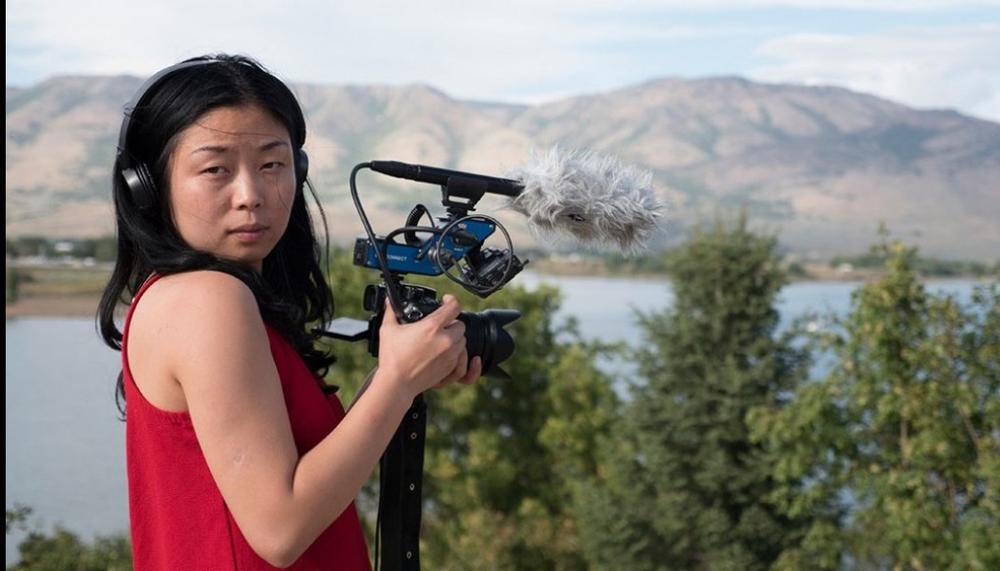 This year’s Human Rights Watch Film Festival is showcasing films that are both by women and focused on women’s rights issues. The New York Times’ Stephen Holden reported ahead of the festival’s opening in New York City on Friday with Chinese filmmaker Nanfu Wang’s Hooligan Sparrow, a documentary on the Chinese feminist activist Ye Haiyan. Nicknamed Hooligan Sparrow, Ye is an advocate for sex worker rights who became widely known online after taking part in a social media campaign against Hainan school officials accused of raping female students.

Both the opening- and closing-night selections are portraits of fiercely determined female activists “standin’ on their own two feet/and ringin’ on their own bells” (to quote the lyrics), risking their safety to advance women’s rights in repressive political climates.

Nanfu Wang’s opening film, is a portrait of Ye Haiyan, whose nickname lends the film its title, “Hooligan Sparrow.” She once threatened to work free at a Chinese brothel to draw attention to the oppression of thousands of women employed by the country’s sex industry. Too juicy for the Chinese news media to ignore, the story gave her a notoriety that made her an enemy of the state.

Shot on the fly, “Hooligan Sparrow” follows Ye Haiyan and fellow protesters as they seek justice after the suspected rape of six elementary school girls in Hainan province by their school principal and a government official, and a cover-up by the powers that be. This ragged, inflammatory documentary is a classic example of guerrilla filmmaking. Ye Haiyan and her companions are continually harassed and threatened by the authorities, and their equipment is destroyed, but they persist. [Source]

In an interview with VICE’s Anelise Chen, Nanfu Wang spoke about the dangers she encountered while making the film and her hopes for a China with more political freedom. She been named the recipient of this year’s Nestor Almendros Award for courage in filmmaking.

Can you describe what it was like to be threatened and followed everywhere?
Each time I went out into the street, I had to be alert. It was paralyzing. For me that meant I couldn’t take out my camera. If I tried to film secretly with a secret camera in my pocket or somewhere on my clothes, it would feel like there was something burning my leg. Or wherever the device was hidden. That part of your body got really hot.

Do government officials contact random people to say, “Hey, can you follow this woman and harass her?” Is there a list somewhere?
A government official or police officer can personally go to a friend in the community and say, “Hey, I have a part-time job for you.” There is also an official community organization that exists in China called the “Stability Maintenance Team,” but I don’t know.

[…] What’s your wildest hope regarding political reforms in China?
I would like to see complete personal freedom—freedom of expression and protest and public assembly. America’s not the freest country, but I would be happy if China could reach the same levels of freedom. But I don’t see it happening. Because of the brainwashing, it would take many generations, and the education system would have to be reformed entirely.

[…] But awareness is the first step. Sometimes people will come up to me after the screening, crying. They say, “I did not know this was my country.” [Source]

Human Rights Watch’s Sophie Richardson also talked to Wang after a screening of the film in London in March:

Elsewhere, The Guardian’s Tom Phillips reports that women in China are posting photos of themselves on social media with messages in support of a woman raped by ex-Stanford student Brock Turner, who was sentenced to six months in prison earlier this month in a case that has triggered widespread controversy. A selection of the photos have been posted at BuzzFeed.

Images of Chinese women holding up messages of solidarity for the victim began circulating on Weibo, China’s Twitter, on Wednesday and are being gathered on the Facebook and Twitter pages of a group called Free Chinese Feminists.

“As Chinese feminist/queer activists, we can’t remain silent in this Stanford case,” the group wrote in a statement. “We know our solidarity pictures are small efforts. But our message is simple: the Stanford survivor and all the survivors who face injustice, you are not by yourself. We are in this fight together!”

The “selfies with solidarity” are being posted on social media with the hashtags #Solidarity4StanfordSurvivor, or in Chinese #征集照片声援斯坦福被性侵女生. [Source]