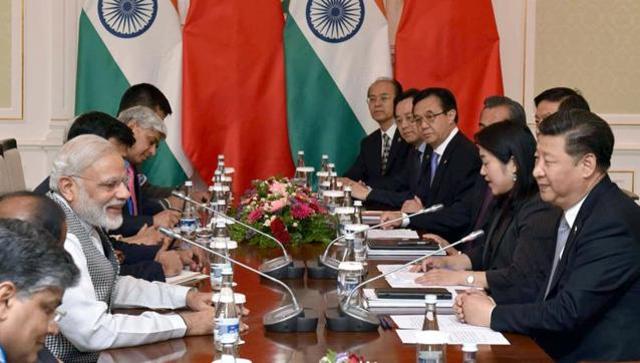 No official reason was given for the Indian government’s decision, but sources said the three had come under the “adverse attention of security agencies” for allegedly indulging in activities beyond their journalistic brief.

The sources, however, said the action did not imply that Xinhua journalists are not welcome in India. “The agency can replace them with others. There is nothing here to construe that Xinhua has to wind up its news operations in India,” a source said.

[…] Commenting on the expulsion, Mohan Guruswamy, chairman of the Centre for Policy Alternatives, said that not extending visas of journalists is a needless aggravation.

[…] Ranjit Kalha, a former secretary in the MEA [Ministry of External Affairs] said that the move seems to have been “done without thinking through [the] outcome,” reported Thewire.in. [Source]

The Hindu reported that the three journalist’s meetings with Tibetan activists had “become an issue” for Indian authorities. At the Chinese state-run Global Times, Deng Xiaoci reported skepticism at this explanation:

The three were suspected of impersonating other people and visiting unauthorized areas with assumed names, according to intelligence reports.

[…] Lü Pengfei, a former People’s Daily reporter in India, told the Global Times he had visited Dhramsala with two of his colleagues in 2014 using their true identities. “Besides, Bangalore is not a restricted area.”

“I have frequently met exiled Tibetan activists through intermediaries, and even spoke to the Dalai Lama. I should have been expelled several times if that was the reason the Indian government gave. It was very likely an act of revenge against China for denying India membership in the Nuclear Suppliers Group (NSG),” Lü said [Read more on the NSG row from the BBC.]

[…] The incident could indicate an increasing mistrust between the two countries. India thinks China does not pay it enough respect as a regional or global power, Zhang Jiadong, a professor with the Center for American Studies at Fudan University, told the Global Times. [Source]

An editorial in the paper described the refusal to issue visa extensions as a “petty act,” warning that “if New Delhi is really taking revenge due to the NSG membership issue, there will be serious consequences. […] We at least should make a few Indians feel Chinese visas are also not easy to get.”

That Chinese journalist visas can be elusive may come as little surprise. In 2012, The New York Times’ Chris Buckley was forced to leave the country after the newspaper published investigations into the business dealings of political elites. He has since been allowed to return. The following year, China rejected a visa application by Reuters’ Paul Mooney, a persistent reporter on human rights issues. In 2014, the NYT’s Austin Ramzy left China after visa renewals were delayed for several journalists at outlets that had aggressively covered sensitive topics. Late last year, French journalist Ursula Gauthier was denied renewal of her visa and press credentials in apparent retaliation for her writing on violence in Xinjiang. Some in the United States have proposed responding in kind against Chinese state media against this kind of restriction.

As for what “activities beyond their journalistic brief” might entail, China’s official media are explicitly tasked with serving state and Party interests, a duty which can extend beyond supportive reporting. Amid a 2011 scandal over an affair between a Canadian MP and a Xinhua reporter, The Globe and Mail reported that “Xinhua, experts say, exists somewhere on a continuum between a legitimate Chinese journalistic organization and an arms-length extension of Beijing’s security apparatus.” Former diplomat Charles Burton warned then that “contacts with the Xinhua news agency amount to contacts with agents of a foreign power.”

Last year, the Jamestown Foundation’s Peter Mattis wrote at War On The Rocks:

The New China News Agency, better known by its Chinese name “Xinhua,” and other major media outlets file internal reports to the Central Committee or their respective policy systems on topics deemed too sensitive for publication. For those reporters posted abroad, these reports can deal with internal security targets (like Tibetans, Uighurs, Taiwanese, Falungong, and others) or more traditional intelligence targets. The original Xinhua charter explicitly noted this information gathering role. Although most Chinese journalists are not intelligence officers and do not recruit clandestine sources, good journalists can provide information that is not publicly-available, but also not classified. [Source]

The Associated Press’ Gerry Shih and recently deported NGO chief Peter Dahlin commented on Twitter on this aspect of the agency’s operations following the news from India:

People sometime forget #xinhua is as much intelligence gathering for the state as a news agency. https://t.co/s0wV2k6AGy

China public knows this and unfort. assumes converse. Often hear AP must be US spies because Xinhua, must explain https://t.co/jMgXVFSdWG