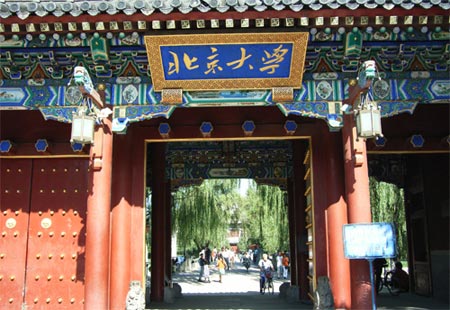 Peking University is taking steps to prevent protests after the Hague’s decision in favor of the Philippines in its territorial dispute with China over the South China Sea, according to a leaked notice issued by the school security department. The university’s efforts appear to be part of a city-wide “state of war” effective June 12 through 17: Radio France Internationale reports that municipal offices are to operate 24-7 and “immediately report sudden incidents or sudden situations that could have a large impact” to higher bodies. For its part, Peking University is instating “wartime stability procedures” to prevent demonstrations and ideological disunity with the central government.

The city seems to be preempting nationalist demonstrations and vandalism similar to anti-Japanese protests in 2012. Cornell’s Jessica Chen Weiss, author of “Powerful Patriots: Nationalist Protest in China’s Foreign Relations,” discussed the incidents in a 2014 interview with CDT. The Diaoyu Islands maritime dispute whipped up a nationalist fervor that the city of Beijing now seems determined to avoid. At Bloomberg, Adam Minter has noted the relative quiet online and in the streets, attributing it to a weaker economic situation and tighter controls on speech and assembly than four years ago. Weiss has also written about the current public response at The Washington Post.

The Peking University notice is translated in full below.

This afternoon, the Ad Hoc Arbitration Court of the International Tribunal for the Law of the Sea will rule on the “Philippines South China Sea Arbitration Case,” about which China maintains a stance of non-acceptance and non-participation. In order keep reason, legality, and order in the South China Sea dispute, as well as to prevent large-scale gatherings, demonstrations, or even extreme behavior, the municipal education working committee convened a meeting yesterday of capital institutes of higher education. Peking University’s security and stability front line working group also made prompt deliberations. They demand that the ideology of the vast majority of faculty and students be unified with the spirit of the meeting of the central authorities; a non-chaotic front line and a rational fight; no assemblies or demonstrations, and no participation in potential demonstrations outside of campus; and that we prevent non-university persons with ulterior motives from coming onto campus and making trouble. The university has decided to start “wartime stability procedures” and a “system of daily reporting” effective today, especially today and the two days following, and to complete thorough faculty and student ideology work, as well as positive guidance work. At the same time, we must firmly grasp comprehensive prevention and control across campus, including management and control of school gates, building entrances, and dormitory entrances, ensuring security and stability on campus. (Peking University Security Department) [Chinese]

Correction: This post previously mistook Jessica Chen Weiss’ last name to be Chen Weiss. Weiss is now teaching at Cornell, not Yale as written before.