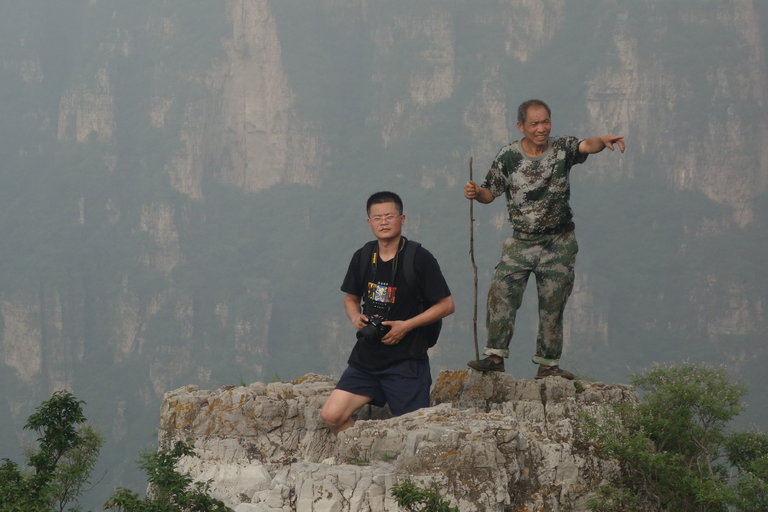 Last month, senior staff at long-running liberal journal Yanhuang Chunqiu were replaced by its supervising organization the National Academy of Arts, itself a subsidiary of the Ministry of Culture. The move was seen as the likely fatal culmination of steadily mounting pressure on the publication, and its publishers vowed to close it rather than suffer encroachment on their editorial independence. Such independence was guaranteed by a 2014 agreement with the Academy, but a Beijing court rejected the journal’s attempt to seek legal recourse. Nevertheless, the original staff remained defiant, withholding financial records, keys to some offices, and the organization’s official seal even after the Academy’s appointees took control of other offices and website administration passwords.

Staff and supporters have continued to meet, planning their next moves. Following the release of a new issue by the new management, the Associate Press reports a new legal effort to enforce the promised end to publication:

A lawyer representing seven high-level editors of Yanhuang Chunqiu, Ding Xikui, said Tuesday that the former staffers are seeking damages after the Ministry of Culture last month forcibly replaced top executives, seized the magazine’s offices and published an issue under their names.

[…] Although the magazine’s former staff and supporters do not believe the publication has an independent future, the plaintiffs are hoping to shut it down altogether to prevent authorities from releasing additional issues without their consent.

Outside the courthouse on Tuesday, deputy editor Wang Yanjun held a copy of what he called the “fake” August issue put out by the Ministry of Culture and decried its new editorial direction. The magazine’s new leaders convened a meeting this week that sought contributions from well-known neo-Maoist and nationalist writers that horrified the old guard, he said.

“It’s diametrically opposite to the spirit of our magazine,” Wang said. [Source]

August issue of Yanhuang Chunqiu arrived. The only connective tissue to the past is REALLY BIG ADS FOR HEARING AIDS. pic.twitter.com/cqYa1KxJo9

At South China Morning Post, Jun Mai reported on the new direction of the Academy-dominated journal:

Among those invited to a meeting convened on Monday by the new leaders were hawkish air force senior colonel Dai Xu, and Mei Xinyu, a researcher with a Ministry of Commerce-affiliated think tank, according to a photo posted on the social media account of Guo Songmin, a prominent Maoist academic.

Dai is best known for calling the H7N9 virus a US “bio-psychological weapon”.

Mei and Guo were both sued by the magazine’s former executive editor, Hong Zhenkuai, over alleged abusive language used to attack the magazine’s critique of official party history in patriotic education. A Beijing court rejected the case in December.

[…] “[The list of new writers] directly contradicted our original editorial policy, to seek truth from facts,” said Wang Yanjun, a former deputy editor of the magazine who rejected the new publisher’s offer to stay on. “They’re the people who are devoted to hiding the dark side of history.” [Source]

[Updated at 14:02 PDT on Aug 17, 2016: The Times’ Buckley reports some views from the other side, including from prominent nationalist Sima Nan who “was invited to the meeting but did not attend because he assumed the offer was a joke.”]

Wang spoke last week to NPR’s All Things Considered about the “sense of crisis” surrounding recent developments. From Anthony Kuhn:

“They’ve killed off one outlet after another, leaving the Annals of the Chinese Nation as the last bastion,” he says. “Readers cherish our magazine. Some have even taken it as a sign that there is still hope for China.”

[…] “Some folks commented that for an arts academy, they didn’t seem very artistic at all,” he harrumphs. “Unless, of course, it was some kind of performance art.”

Wang says the magazine has survived previous attempts to silence it, but this time is different.

[…] Conservatives believe the magazine has unfairly negated all of the Communist Party’s achievements — the current administration labels this “historical nihilism” and has vowed to root it out — while adulating Western, liberal values. [Source]

The authorities’ campaign against “historical nihilism” advanced this week with a court ruling against Hong Zhenkuai, the former editor. Hong had challenged the traditional tale of five Communist soldiers said to have jumped from a cliff to escape capture by the Japanese. Two survived. In June, Hong was found guilty of defamation and ordered to apologize; on Monday, his appeal was rejected. From Kiki Zhao at The New York Times:

“I certainly will not apologize,” Mr. Hong said in an interview on Monday. “This is basic academic freedom, and I need to maintain my dignity as an intellectual.”

Mr. Hong, who called the trial “political,” has said that he was trying to determine the truth through careful research and that the plaintiffs, sons of two of the “five heroes” who filed the suit last August, had not provided any evidence that disproved his findings.

A lawyer for Mr. Hong, Zhou Ze, called the ruling a “malign precedent” in which ideological considerations overrode law and justice. “A particular ideology is upheld by a ruling,” said Mr. Zhou, a partner at Zebo, a law firm in Beijing. “People cannot decide for themselves what to believe, and they can’t think freely.”

[…] Since President Xi Jinping came to power in late 2012, he has taken a firm stand against political dissent and challenges to the Communist Party’s official historical narrative. In a speech he delivered in early 2013, Mr. Xi said that “hostile forces” at home and abroad in recent years had “attacked, vilified and defamed” China’s modern history, with the aim of overthrowing the Communist Party and the country’s socialist system. He attributed the Soviet Union’s collapse in part to “historical nihilism.” [Source]

[…] Mr. Hong said he became interested in the story after reading news reports about an Internet user in the southern province of Guangdong who was detained by police for reposting a message from a web forum that speculated the three dead soldiers had been shot by enemy troops. After digging into the history himself, Mr. Hong started to develop doubts of his own. Chiefly, they concern:

Chin gave a broader survey of the official campaign against “historical nihilism” at The Wall Street Journal earlier this month:

[… C]ensors have shut dozens of history-themed social-media accounts, many of them hosted on the popular WeChat messaging app, for spreading “unhealthy information.”

Two other writers in addition to Mr. Hong face lawsuits: one for making a joke online involving a Chinese soldier who died in the Korean War, the other for questioning the story of how one 1930s military commander and 700 Manchurian farmers wiped out a force of 3,500 Japanese soldiers.

In a commentary last month, Seeking Truth, an authoritative journal on party theory, described efforts to question official history as a conspiracy. “Now that weapons can no longer stop China’s rise, enemy forces abroad and at home have chosen historical nihilism as a progressive tactic,” it said.

[…] Mr. Xi has rejected Western political ideals, while defending the Mao Zedong era and championing a return to ancient Chinese values. In a speech about ideology published in April by the People’s Daily, the party’s flagship newspaper, he quoted 19th-century poet Gong Zizhen to preface a warning about forces trying to attack the party using its past: “In extinguishing a kingdom of men, the first step is to remove its history.”

[…] Scholars are divided over what is driving the party’s new attention to history. Many credit the personal convictions of Mr. Xi, who came of age as a Red Guard during the Cultural Revolution, while others argue that slowing economic growth has sent the party scrambling for other fonts of legitimacy. [Source]