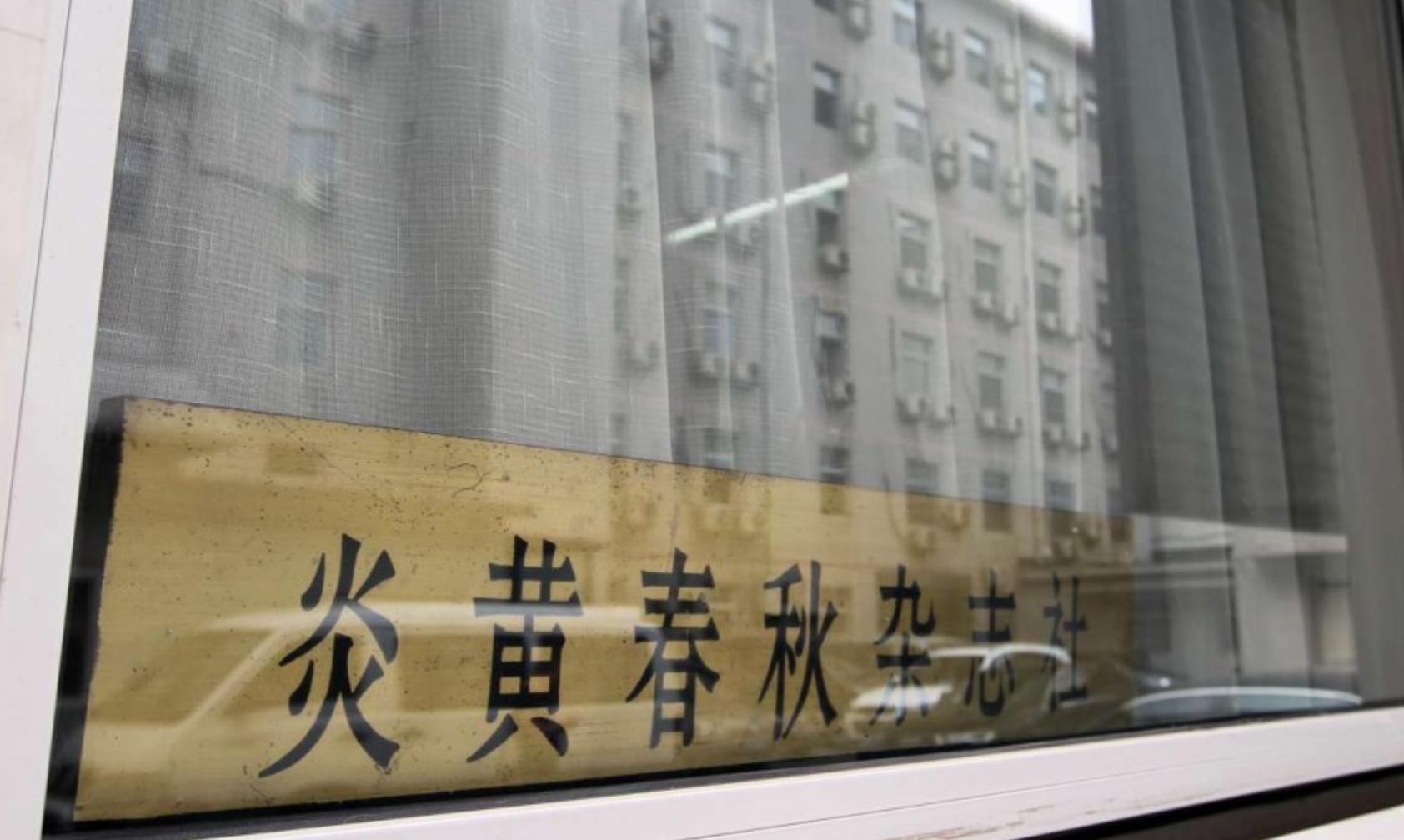 Last week, staff at the high-profile reformist journal Yanhuang Chunqiu threatened a lawsuit after its supervising organization, the Chinese National Academy of Arts, swept in to replace senior personnel. Wu Si, a former chief editor, warned that “reformists, liberals and those who support moderate democracy are losing yet another citadel. It’s a big setback”; China Media Project’s David Bandurski described the reshuffle as “part of a sustained push to subdue an influential voice with strong backing from Party reformers,” and “almost certainly a reflection of the mood at more senior levels.” A leaked media directive warned websites not to report or comment on the incident, and to create keyword filters for the name of the journal.

When Great Famine historian and former Xinhua journalist Yang Jisheng was forced aside as editor-in-chief last year, he warned that “maybe one day, under our opponents’ pressure, Yanhuang Chunqiu may have no choice but to perish.” This point appeared to have arrived on Sunday:

On July 12, 2016, the Chinese National Academy of Arts illegally and unilaterally tore up the “Written Agreement Between the Chinese National Academy of Arts and Yanhuang Chunqiu Journal” which both sides had signed, announcing the reorganization of our leadership structure, seriously violating the public’s right to freedom of publication enshrined in Article 35 of the constitution, and infringing on the autonomy of personnel matters, distribution, and financial affairs it had clearly accepted in the Written Agreement. On July 15, Academy staff forced their way into our offices and stole and changed the passwords for managing the Yanhuang Chunqiu website. As a result, our publication has lost the basic prerequisites for editing and publishing.

In view of this and after much discussion, Yanhuang Chunqiu’s organizing committee has unanimously agreed to cease publication from this day forward. Anyone publishing under the “Yanhuang Chunqiu” banner in future will have nothing to do with the original operators.

It is hereby announced.

The decision announced by long-time Yanhuang Chunqiu publisher Du Daozheng reflected less tolerance in the establishment for reformers and liberals, a former editor of the magazine said.

[…] The influential journal has a monthly circulation of about 200,000 and voiced support for constitutional democracy. It is also known for running articles that contest the official version of Communist Party history.

It has had the backing of various retired senior party and government officials but came under pressure from the authorities in recent years to soften its editorial stance.

“The magazine represented reformists within the party and liberals within the establishment.

“One of its key positions was to urge the party to advance political reform.” [Source]

At Radio Free Asia, Qiao Long (translated by Luisetta Mudie) reported fears that this really may be the end for Yanhuang Chunqiu:

“Nobody here accepts the ruling by the National Academy of Arts,” [an anonymous] staff member said. “Of course, there’s nothing we can do about it, because they have sent in staff to manage the transition, and they are sitting in the editorial department.”

“Du is now in hospital, because of the shock of the announcement; he has high blood pressure,” the staff member said. “It’s not clear what will happen next, but to a lot of people it’s looking like the final ax-blow.”

A Beijing-based academic, who also asked to remain anonymous, agreed that the end looked pretty final for the magazine, which had enjoyed the support of high-ranking reformers inside the ruling party.

“They have gotten rid of all of the old staff, and they are bringing in new people like Jia Leilei, who used to be vice-president of the arts academy; the new editor is also from the academy,” the academic said.

[…] Du’s sacking came after China’s media regulator, the State Administration of Press, Publication, Radio, Film and Television (SAPPRFT) told the magazine’s editorial team in April that 37 articles published since the beginning of the year were in breach of political guidelines. [Source]

AFP’s Tom Hancock, though tweeted that the journal may yet survive after all:

This has all taken place since the last party congress announced its “comprehensive rule by law” policy, so it must come under that policy, right?

So, what laws did Yanhuang Chunqiu actually break? Its parent organization should tell us, not cover it up.

My personal view is that the parent organization has breached the right of Yanhuang Chunqiu to the freedoms of press and publication, meaning that the rights to freedom of expression of its contributors and of its readers to freedom of information have also been lost.

[…] Who wants to live in a society where there’s no room for a magazine like Yanhuang Chunqiu under the the rule of law? [Source]