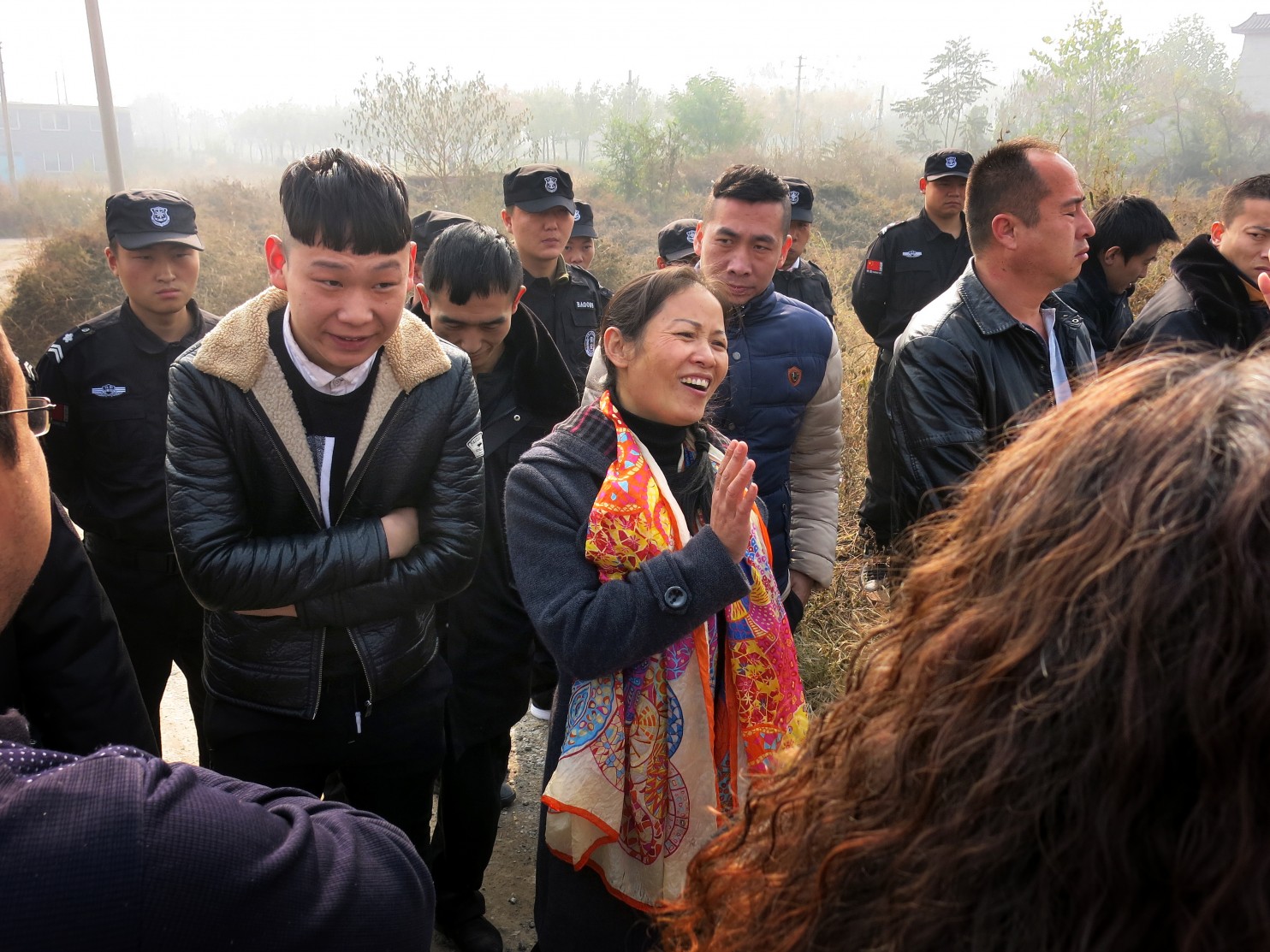 As people around the world react to Donald Trump’s surprise victory in the U.S. presidential election, Chinese citizens in Beijing are also heading to the polls this month to elect representatives to the local People’s Congress. The upcoming November 15th election is the latest in a series of country-wide direct local elections that have been ongoing since August but received scant domestic media attention, Simon Denyer at The Washington Post reports:

Between August and December, China is holding staggered local elections across the country — an exercise in “grass-roots democracy” on a daunting scale. The Communist Party says “all power in China belongs the people,” and this is the people’s every-five-year chance to express their wishes through the ballot box.

Yet reading China’s closely controlled state media, you would barely know the elections were happening, with news confined to brief announcements of voting days in different counties and assurances that officials are ready. It is as far removed as one can imagine from the hoopla of the U.S. presidential race.

“Voters aren’t enthusiastic, and it would be useless for state media to publicize it,” said Fang Ning, an expert on political reforms at the China Academy of Social Sciences in Beijing.

Around 2.5 million seats are up for grabs at the district, county and village levels for seats in local “People’s Congresses.” Almost all the candidates will be Communist Party members, but a few people have put forward their names to stand as independents. [Source]

A record number of Beijing residents declared their intention to run as independents in this year’s election. Despite having the constitutional right to run for candidacy, independents are often barred by nervous local governments from campaigning and subject to various forms of harassment and intimidation. An author at The Economist looks at the experiences of some of these independent candidates:

Wang Xiuzhen, a 72-year-old living in Xinyuanli, a neighbourhood in north-eastern Beijing, says officials admitted to her that, according to the rules, she is allowed to stand if she receives nominations from ten voters. But they refused to give her the forms she would need to prove such support. They urged her to drop her bid and avoid bringing trouble upon herself.

Ms Wang, who also tried unsuccessfully to get on the ballot in 2011, says she wants to stand for election “to be a bridge between people like me, at the lowest levels of society who have no money and no power” and those who wield clout. “In China it is only powerful people like enterprise leaders or school directors who become representatives,” she laments. A retired factory worker, she is one of 18 people in Beijing who have publicly declared their intention to stand as independents. None is known to have got on the official lists.

It is the same in other parts of China. Wu Lijuan, a laid-off bank worker in Qianjiang, a city in the central province of Hubei, says she spent more than six months studying election law. This year she is trying for the first time to register as a candidate, aiming to improve public awareness of the local-election system. A divorcee, she lives apart from her children. She hopes this will help protect them from the repercussions of her political activities.

Hubei is also the home of Yao Lifa, one of China’s most outspoken advocates of grassroots democracy. Mr Yao managed not only to register but even to win a seat in 1998—only to lose it five years later in what he said was a rigged process. Since then he has continued to act as a gadfly, educating others and encouraging them to run, among them Ms Wu. For his efforts, Mr Yao was briefly detained last year. He guardedly tells a foreign reporter that he is “not free these days and can’t speak on the phone”. But recently he, along with 57 other would-be independents, issued a public declaration. Electing “wicked” people would lead to “wicked acts” by officials, they said. “We can no longer play dumb, and pretend to be naive.” [Source]

A translation of Yao Lifa’s declaration is available from China Change. Also at Change Change, dissident editor Hu Ping spoke in depth with Cao Yaxue about his experience of grassroots elections in China in the 1980s and the lack of progress in election expansion in the country.

At the same time, the Communist Party’s Central Committee has released a statement announcing the start of the election of delegates to the 19th National Party Congress due to be held in 2017. From Xinhua:

A total of 2,300 delegates will be elected by 40 electoral units across the country. The election will be completed by June next year, according to a statement from the CPC Central Committee.

The statement said there should be 15 percent more candidates than the number of available posts.

Delegates to the 19th National Congress of the CPC should be excellent Party members, the statement said, adding that candidates’ beliefs, political integrity and moral qualities were their most important qualities

[…] The quota of delegates from front line workers, such as factory workers, will be increased; and model workers, farmers and professionals should be recommended for election, according to the statement, which made it clear that the delegates should come from all walks of life.

Female delegates and ethnic minorities should account for a certain proportion of the total, the statement said. [Source]

At South China Morning Post, Jun Mai looks at the prominent role that loyalty appears to play in selection of delegates:

Among the criteria for selection, political loyalty appeared to be key. “[They] must firmly insist on the ideals of communism, and [have] self-confidence in the Chinese socialist path and theories,” a spokesman for the Central ­Organisation Department told Xinhua.

“[They] must firmly implement the policies of the party … and remain highly consistent with the party’s central leadership with comrade Xi Jinping as the core in mind and action.”

[…] The elections come amid concern for political loyalty at a level unseen in decades.

A party plenum last month warned that some former senior cadres had tried to form their own factions and were involved in conspiracies to seize important positions. [Source]

The statement also cautioned against vote-buying and called on party organizations to enforce strict discipline against violators. In September, 45 National People’s Congress members from Liaoning Province were expelled after the delegates were caught buying votes.