Phrase of the Week: Old Friend of the Chinese People 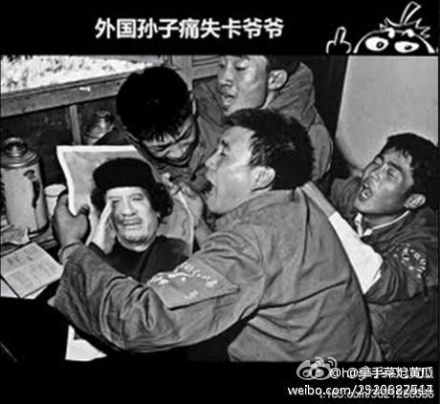 Official parlance for world leaders who have visited China or shown their support for the country. The “friends” most discussed by netizens include the late Libyan leader Muammar Qaddafi, former Iraqi president Mahmoud Ahmadinejad, and Syrian president Bashar al-Assad. The honorary descriptor was first bestowed on Canadian James G. Endicott in 1956 for his support of the revolution. Early on, “old friends of the Chinese people” were ideological supporters, but as China’s foreign policy has become more pragmatic and market-driven, the phrase has been used to describe trade partners and leaders of international organizations.

In late 2016, several “old friends of the Chinese people” were praised by China’s official press, or mourned by netizens on social media. In November, after revolutionary Cuban leader Fidel Castro died at age 90, netizens mourned, and a state media profile of the controversial leader noted that “long a foe of the United States, he was nevertheless an old friend of China” (他是美国的老冤家，却是中国的老朋友). In December, as Chinese leaders’ anxiety was mounting over the diplomatic implications of the election of Donald J. Trump as U.S. president, Xi Jinping invited advice from former Secretary of State Henry Kissinger. State media widely referred to the 93-year-old diplomat as an “old friend.” Beijing appeared pleased, however, days later when President-elect Trump announced Iowa Governor Terry Branstad as his choice for ambassador to China. Branstad first met Xi Jinping in 1985, and regularly refers to the Chinese president as an “old friend.”

In 2012 the late Cambodian ex-king Norodom Sihanouk was called an old friend of the Chinese people in state-run media. Netizens objected when the government lowered flags to half-mast for Sihanouk while failing to make a similar demonstration of sympathy for the many Chinese who had died in natural disasters and accidents around the same time.

China also occasionally describes its relations with other countries in terms of friendships, referring to Pakistan as an “all-weather friend.”

Laozitanyue (@老子叹曰): Could the qualifications of Mubarak, an old friend of the Chinese people, be outdated? Befitting the high-flying international badass class? In the age of the Internet, for reasons everyone knows… the poor sap had no choice but to step down. Let this be a lesson! (October 3, 2014)