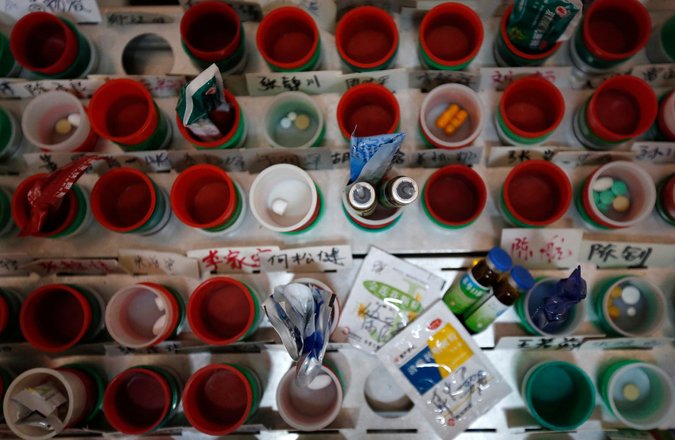 China’s State Council introduced a new draft law today that will bring an end to the abusive treatment of minors at internet addiction boot camps, where parents send web-obsessed teenagers and young adults to undergo controversial physical punishment and military-style training in the hopes of weaning them off the net. According to the draft, organizations are banned from inflicting physical or mental harm on juvenile patients. The draft law also includes provisions that will limit the number of hours minors can spend online playing video games. Mike Ives at The New York Times report:

[…] The draft law would ban abusive treatment like medical and electroshock therapy in the camps, as well as “physical punishments,” but it does not specify what those other punishments might include.

The legislation also would limit how much time each day that minors could play online games at home or in internet bars. Providers of the games would be obliged to take technical measures to monitor and restrict use, such as requiring players to register under their real names. The legislation does not yet specify the total number of hours allowed, but minors would be barred from playing online games — at home and elsewhere — between midnight and 8 a.m.

Game providers and internet bars that failed to enforce the law would be subject to fines and possible closure by the government. [Source]

Related policy guidelines were first introduced in 2009 by the Chinese Health Ministry, which warned against the use of electroshock therapy for youths seeking treatment for their internet addiction. The new ban introduced today will put a permanent end to electro-shock therapy in treatment boot camps. Liu Caiyu at Global Times reports:

China’s first draft regulation to protect minors’ rights in cyberspace will bring an end to the controversial electroshock therapy to cure Internet addiction which has caused physical and psychological damage, experts said Sunday.

[…] “Electroshock therapy, such as that used by the controversial Internet Addiction Treatment Center in Shandong Province will be banned if the draft is adopted,” Song Yinghui, deputy director of law school in Beijing Normal University, told the Global Times on Sunday.

Electroconvulsive therapy is a legitimate medical technique for severe depression, but it has no role in addiction therapy, China Youth Daily reported in August. However, the Shandong center used it to “treat” more than 6,000 Internet addicts, mostly teenagers since 2006.

Song said that electroshock therapy has caused physical and psychological damage to the “patients,” who are mostly juveniles. [Source]

Last fall, a homicide in northern China invigorated debate about how families should deal with problems of internet addiction and the lasting impact of abuse at internet detox centers. From Kerry Allen and Helier Cheung at BBC:

The teenager, from the northern province of Heilongjiang, had “tied the victim up in a chair until she died” on 16 September, local police say, without giving further details about the death.

Local media say Chen Xin had been sent to an academy in Shandong, more than 1,000 km (600 miles) from her home, that specialised in “treating addictions and rebellious youths” – and which had a particular reputation for treating internet addictions.

[…] The incident has sparked outrage online about China’s youth treatment centres, and debate about how parents should raise their children.The Paper said it had interviewed several former students at the college who alleged abuse.

Others said they were sometimes forbidden to sleep, and forced to stand until the early hours of the morning. [Source]

Click through to read more about internet addiction in China.