How China Is Remaking the Global Film Industry 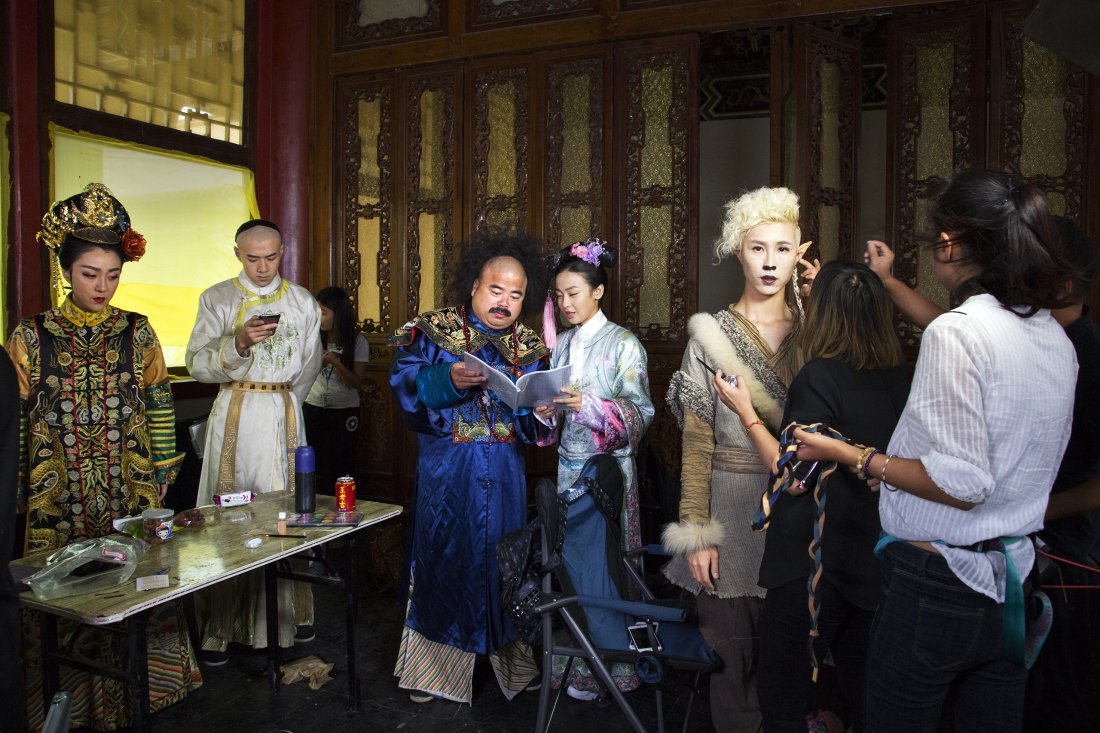 China’s influence in Hollywood is growing rapidly as the country’s market becomes ever more vital to the success of Hollywood films. With an eye to profiting from China’s growing middle class, U.S. film studios have become increasingly willing to adjust content and casting to please both Chinese viewers and government censors. Meanwhile, Chinese investment in Hollywood and the U.S. entertainment industry has soared, with large conglomerates such as Dalian Wanda Group financing some of Hollywood’s latest blockbusters. At Time, Hannah Beech looks at the deepening interdependence that characterizes the relationship between Hollywood and China:

[…] China’s ascent is the economic story of the 21st century, and the entertainment industry is no exception. An average of 22 new screens were unveiled in China in 2015 — each day. That year, the Chinese box office surged by almost 50% over 2014, and Hollywood is counting on an expanding Chinese middle class to make up for vanishing audiences at home. Over the next couple of years, the Chinese box office may well surpass that of North America as the world’s biggest, even if last year’s China numbers fell — as has box-office revenue in Hollywood — amid a general economic slowdown in the country. Still, even Hollywood movies that bomb in the West can be redeemed by Chinese interest. Last summer’s World of Warcraft, which cost $160 million to make, managed less than $25 million at the U.S. box office on its opening weekend. But the video-game adaptation scored $156 million in its first five days in Chinese theaters, on the back of intense gaming interest in China.

[…] Japanese, Middle Eastern and European companies have long spent big in Hollywood. But China is different. “We have both big pockets and a big stomach,” says Li Ruigang, head of China Media Capital (CMC), a private-equity firm that has partnered with Warner Bros., DreamWorks and Imax, among others. “China has money to spend on Hollywood and this incredible market at home. The China-Hollywood connection will sustain itself for a very long time.”

China’s box-office weight has already affected the kind of films Hollywood makes. Pleasing Chinese audiences — and a Chinese central government hyperallergic to criticism — is now part of the Hollywood formula. Remember 2015’s The Martian, in which the Chinese space agency unexpectedly saves the day? Transformers 4 — which shattered Chinese box-office records in 2014 with $320 million in revenues, more than the film made in North America — was partly set in Hong Kong and studded with Chinese product placements. The sci-fi action franchise showed the Chinese Communist Party standing up to invading robots while American authorities floundered. (To be fair, renegade Texans still rescued the human race.) Rogue One: A Star Wars Story features two Chinese actors, director-actor Jiang Wen and Hong Kong martial artist Donnie Yen. “When China was not the market, you just followed the American way,” says Jackie, who was awarded an honorary Oscar last November and ranks No. 2 on Forbes’ list of the world’s best-paid actors. “But these days, they ask me, ‘Do you think the China audience will like it?’ All the writers, producers — they think about China. Now China is the center of everything.” [Source]

Under China’s latest film import quota, only 34 foreign films are allowed to be imported into the country each year. This import limit was relaxed last year amid a slowdown in box office earnings. Chinese authorities have also expressed their willingness to double both the number of U.S. movies imported to China and Hollywood’s share of the box office revenue. These positive developments, however, may be thwarted by President Donald Trump’s stance on trade with China. Anousha Sakoui at Bloomberg Businessweek looks at the uncertainty that Trump and his administration has created for the U.S. film industry.

During a visit to Los Angeles five years ago this month, China’s Xi Jinping gave Hollywood a much-needed shot in the arm. The incoming Chinese leader agreed to ease an almost 20-year-old quota on American films, nearly doubling both the number of U.S. movies imported to China and Hollywood studios’ share of the box office receipts—a deal that temporarily settled a World Trade Organization case the U.S. brought against China.

There was an understanding that in 2017 the two nations would return to the table to increase the compensation to U.S. moviemakers and for China to open its market further. But now President Trump’s rhetoric on China’s trade practices has some executives worried that the film industry won’t get its happy ending after all.

[…] Under the previous agreement, if this year’s consultations fail to produce a deal by Jan. 1, 2018, the U.S. could pursue procedural action against China in the WTO—a step many in the industry want to avoid. […]

It’s unknown just how high a priority Hollywood’s interests will be for the new administration. “There is a disconnect between what Trump and his appointees”—Robert Lighthizer, set to be U.S. trade representative, and Peter Navarro, head of the newly formed White House National Trade Council—“might want to do and what Hollywood wants them to do,” says Stanley Rosen, a University of Southern California political science professor who studies the relationship between the mainland and the U.S. film industry. “They don’t want the government to push China so much that Chinese investment in Hollywood dries up or is blocked. So it’s kind of a delicate dance.” [Source]

The large flow of money from China into Hollywood and the rest of the U.S. entertainment industry has also attracted criticism from Congress, with several lawmakers jointly calling for greater scrutiny of Chinese investments due to fear of potential foreign interference and other security risks associated with propaganda and media control.