Wanda to Invest Billions in “All Six” Hollywood Studios 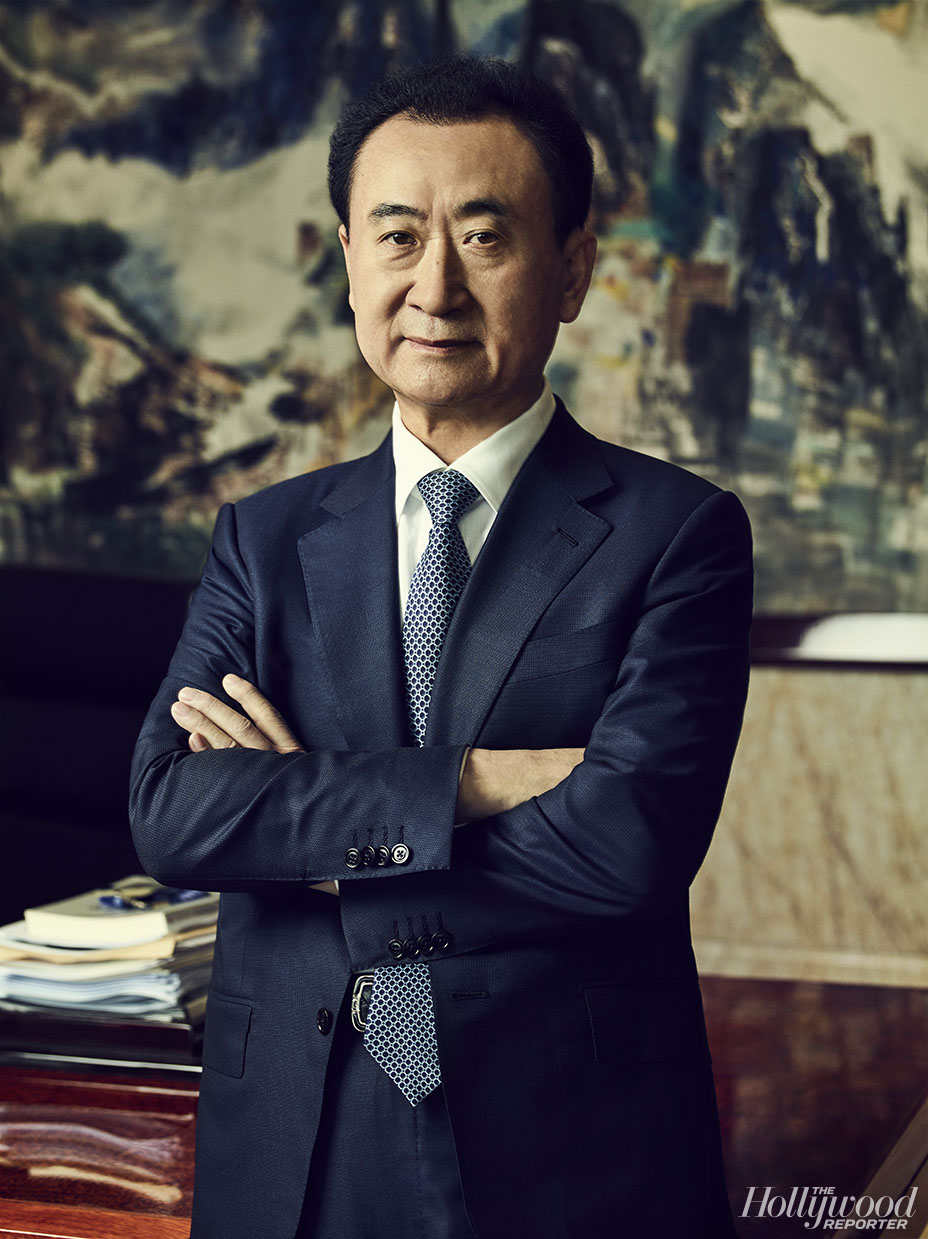 Wang Jianlin, the chairman of Chinese real estate and investment firm Dalian Wanda Group, has unveiled plans to invest billions of dollars in all six of Hollywood’s major film studios as he seeks to transform the conglomerate into a global entertainment giant. Widely known across China for its massive commercial plazas, Wanda has in recent years acquired both AMC Entertainment Holdings Inc. as well as Legendary Entertainment, making it one of the largest cinema chain operators in the world. This week, it was announced that Wanda Group had purchased Dick Clark Productions, which owns the rights to classic American TV fare such as the Golden Globes awards, the American Music Awards, the Miss America pageant, and New Years Rockin Eve in Times Square. Patrick Brzeski at The Hollywood Reporter spoke to Wang about his ventures in the entertainment industry and his ambition to acquire a major Hollywood studio:

“I wanted to acquire one of the big six, but whether we can is a different story — it’s uncertain,” Wang tells me matter-of-factly one October afternoon in Beijing as we sit in a huge boardroom on the 20th floor of his corporate headquarters. […]

[…] “I might as well start from wherever I can, such as through investment with all six,” he says, bluntly outlining his strategy. “We will continue to work on a potential acquisition. But it won’t hurt to start by doing what we can. Participating via investment seems like a wise choice for the time being.”

[…] Wang, with an estimated personal net worth of $32.6 billion, says he’s pleased with Wanda’s progress on the exhibition end of the business (with chains on four continents, Wanda controls more movie screens than any other company in the world — by far), but “all upstream, high-end content production is monopolized by American companies,” so he’s eager to invest or acquire his way to higher capacity.

[…] Since 2010, one of the Chinese government’s core policy goals has been to cultivate an international soft-power footprint to match its growing economic might. Many observers have noted how canny Wang has been in riding the currents of this push to gain domestic support for his overseas expansion. But those closer to the industry are skeptical of the notion that Wanda is motivated, or would ever be foolish enough, to try to force anything resembling Chinese propaganda upon the U.S. audience.

[…] Wang has begun to adjust his international messaging, though — however slightly. While he used to speak more for the home crowd — with remarks suggesting that Wanda’s overseas acquisitions would somehow amplify China’s international voice — he recently has taken to insisting, as he tells me, that nothing more than “a pure commercial intent” is behind Wanda’s U.S. purchases. Maintaining this geopolitical balancing act will be a consistent challenge for his conglomerate. [Source]

[…] Wanda and the Qingdao municipal government have established a major incentive program to lure movie and TV production to the 408-acre Qingdao Movie Metropolis.

Billed as an effort to “bridge the entertainment capitals of the world,” the program will provide a 40 percent rebate on certain production spending in Qingdao, which is about 450 miles north of Shanghai and is the site of Wanda Studios, still under construction. Scheduled to fully open in 2018, Wanda Studios will feature 30 advanced soundstages, including the world’s largest at over 107,000 square feet; an underwater stage; and a 221-acre back lot.

The rebate on each film or television production will be limited to $18 million. The total amount available to disperse will be $150 million annually. There will be three classifications of rebate productions, according to Wanda, and only one of those would require Chinese cultural elements, Chinese actors and Chinese investors — films classified by the Chinese government as co-productions that are not subject to import limits. […]

[…] Mr. Wang, a spry former military officer who is said to be China’s richest man, said he hoped that an additional $3 billion in Qingdao amenities — “international hospitals, international schools, yacht clubs, hotels, shopping” — would make American stars and marquee directors more willing to spend months at a time working there. “Like going on a vacation” is how he described it.

[…] If successful, the rebates could shift the global movie incentives game, in which Hollywood has moved production to locales like Canada, Romania and New Zealand. Legendary Entertainment has plans to film at least two movies under the program, including a sequel to “Pacific Rim.” [Source]

Due to regulatory restrictions, China currently allows only 34 foreign movies into the country per year under the discretion of the State Administration of Press, Publication, Radio, Film, and Television. However, there are signs that China’s limit on imported films is being relaxed this year amid a slowdown in box office earnings, with an increase in the number of Hollywood films to thirty-eight. Analysts have attributed the fall in returns to a government crackdown on ticket subsidies as well as an increasingly demanding audience.

While U.S. studios have been keen to capitalize on Chinese investment, the speed at which Wanda has expanded in the American entertainment industry has raised concerns among some that the Chinese firm, which has close financial ties to relatives of senior Communist officials, is covertly aiding the Chinese state in promoting pro-China propaganda. In October, sixteen members of Congress jointly urged the Government Accountability Office to expand the scope of the Committee on Foreign Investment in the United States in light of security concerns over Wanda’s acquisition of U.S. entertainment companies. Others critical of Wanda include lobbyist Richard Berman, who recently published an unnerving piece in Politico warning of the potential threat China poses to Hollywood.

While Hollywood has at times made editorial decisions aimed at pandering to China, Bloomberg View’s Adam Minter explains why fears about Wanda’s expanding Hollywood influence and the spread of Chinese propaganda in the U.S. is largely overblown.

The idea that Wang might be able to export Communist dogma to Hollywood, however, seems fanciful. The most successful Chinese movies tend to be harmless melodramas and martial arts films. So far, this year’s biggest box office success is a comedy about a mermaid assassin who falls in love with the greedy real estate developer she was sent to kill. On those rare occasions when Chinese filmmakers dabble in propaganda, the films have invariably failed (unless propped up by box office fraud).

Indeed, even on their home turf, Chinese films are no competition for Hollywood, which accounted for nearly 40 percent of China’s box office receipts in 2015 despite rampant piracy and strict limits on the number of foreign films. Wang has openly acknowledged that part of his goal is to obtain U.S. technology and know-how in order to improve Chinese filmmaking. He has little incentive to transform a U.S. studio into a facsimile of its Chinese peers.

A bigger concern is self-censorship. In recent years, Hollywood studios have become adept at making — or at least, editing — films that can get past China’s censors. Some have gone further and rewritten storylines that might raise hackles in Beijing, as when MGM decided to change Chinese villains into North Korean ones in a clumsy 2011 remake of “Red Dawn.” A Chinese-owned studio would no doubt be at least as conscientious about the Party’s sensitivities, if not more so.

Fortunately, the impact would probably be limited. Since the 1940s, Hollywood’s studio system has given way to a blossoming of independent production companies, distribution channels and exhibition formats that give an independent-minded filmmaker many options. A Wang-owned studio could still pass on controversial projects, of course. But shareholders and audiences would look askance if management repeatedly missed out on successful films, and at least some filmmakers and talents would look elsewhere if Wanda developed a reputation for asserting a political agenda. Meanwhile, the proliferation of production houses — not just indies, but major companies such as Amazon and Netflix — means that U.S. viewers aren’t likely to be starved for choice. [Source]

Despite the criticisms, Wang is making it clear that he does not intend to slow down any time soon. From Patrick Brzeski at The Hollywood Reporter:

In an interview with CNN Money last month, Wang said the lawmakers were “over-worried,” and argued that any change to Hollywood content was a result of U.S. studios adding local elements to court the growing Chinese movie market — rather than private Chinese companies actively exerting influence within the U.S.

While he’s known for his outspokenness, insiders expect Wang’s speech Monday to be shaded by a new concern for public relations. “Wang is more persistent than most people,” a Wanda deputy told THR, asking not to be named because they weren’t permitted to speak on behalf of the company. “There is a Chinese saying ‘when you hit the yellow river, you go back.’ But the chairman says ‘build a bridge and cross it.'”

The pace of Wanda’s deal-making shows no sign of slowing down. In late September, Wanda announced a strategic marketing and co-financing partnership with Sony Pictures Entertainment — Wang also told Reuters in September that he intends to invest in productions from all six of the U.S. studios.

The Sony deal was followed by news that Wanda is holding preliminary talks to purchase Dick Clark Productions, the company behind the Golden Globe Awards, American Music Awards and Billboard Music Awards — the price tag is reportedly in the $1 billion range. [Source]

Also see a CDT interview with Professor Michael Berry of UCLA for a detailed discussion of the deepening relationship between China and Hollywood.