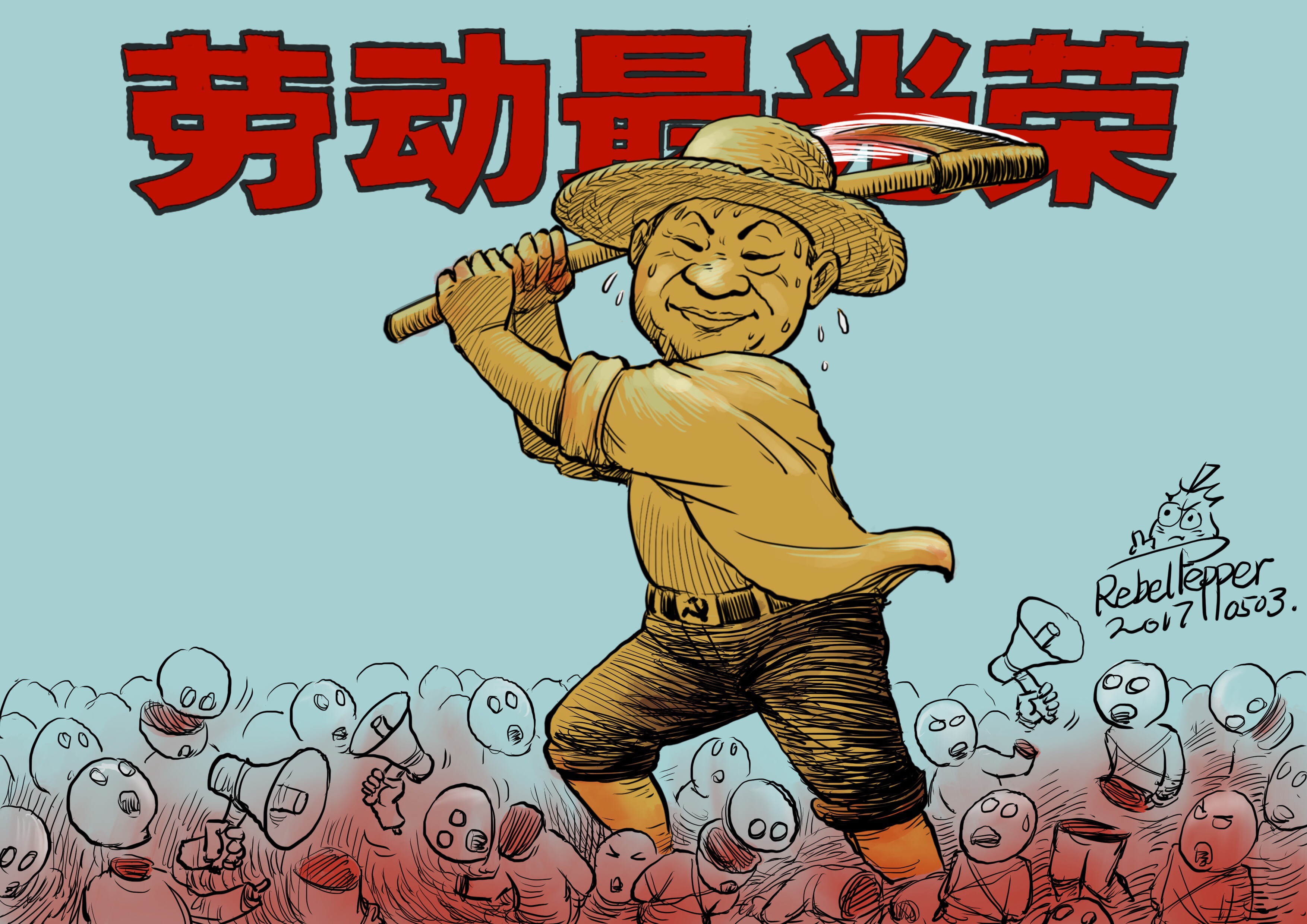 To mark both International Labor Day on May 1 and World Press Freedom Day on May 3, Rebel Pepper reflects on the dangers of glorifying work when those glorifying it hold excessive power. In his image, under the Communist slogan “Labor is the most glorious,” Xi Jinping is depicted as a member of the worker class, wielding a scythe, but instead of wheat he is cutting down the masses of people who are trying to express themselves. 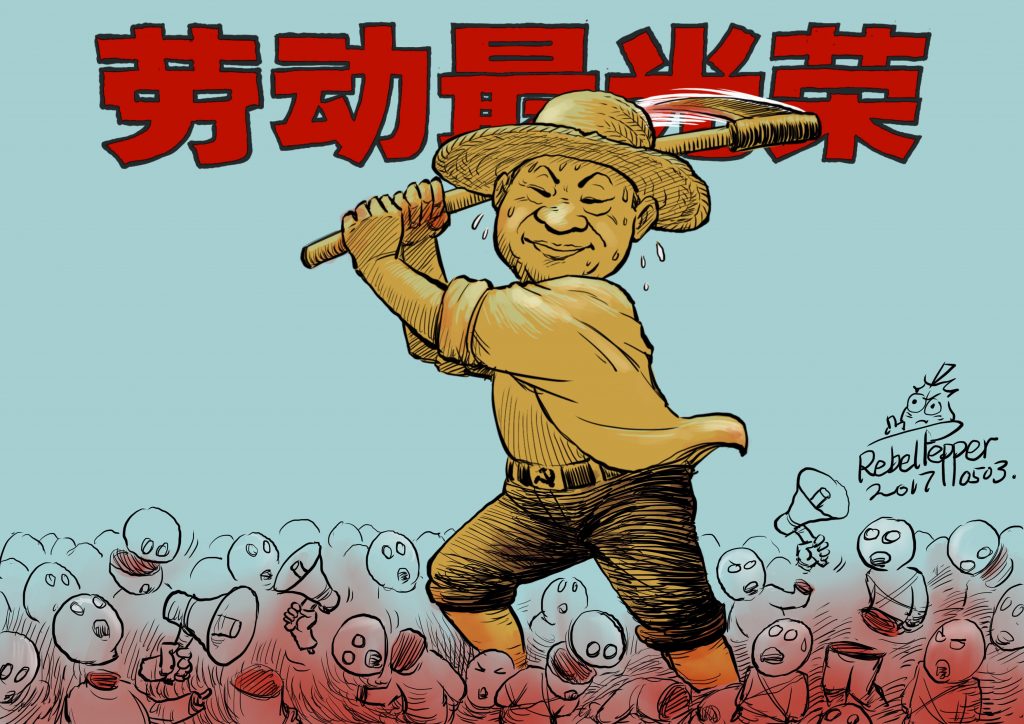 Rebel Pepper writes: “On May 1, International Labor Day, the CCP propaganda machine touted ‘Xi Jinping’s respect for labor’ and praised him for joining the farmers of northern Shaanxi when he was 16 years old. They also said that when he is dealing with state affairs, he “clears the table of all tasks, and doesn’t let work go through the night.” May 3 is World Press Freedom Day. Just one day earlier, the Cyberspace Administration of China announced ‘Regulations on the Management of Internet News and Information,’ imposing more stringent measures on websites that edit, publish, and reprint the news. Sometimes hard work is not necessarily a good thing, such is the case with this dictator Xi Jinping: the more diligent he is, the worse the world becomes.”

Cartoonist Badiucao also marked World Press Freedom Day by reposting some of his earlier images advocating for free speech and a free media and honoring his fellow cartoonists who are persecuted around the world.