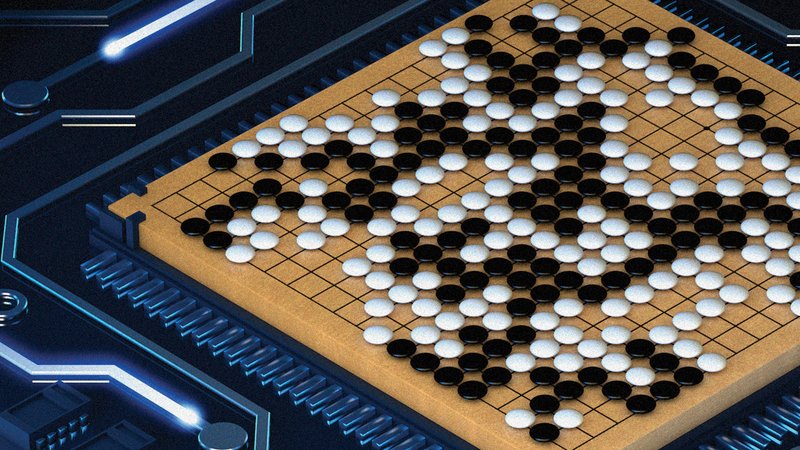 Regarding the go match between Ke Jie and AlphaGo, no website, without exception, may carry a live stream. If one has been announced in advance, please immediately withdraw it. Please convey the gist of this to sports channels.

Again, we stress: this match may not be broadcast live in any form and without exception, including text commentary, photography, video streams, self-media accounts and so on. No website (including sports and technology channels) or desktop or mobile apps may issue news alerts or push notifications about the course or result of the match. (May 22) [Chinese]

From May 23 to 27, Ke will play three rounds against AlphaGo in Wuzhen, Zhejiang province. A team match will also be held between AlphaGo and five Chinese players. This event marks the second DeepMind Challenge Go match, after AlphaGo defeated South Korean Go master Lee Se-dol 4-1 in a best-of-five series in March 2016. [Background.]

Even though Ke bragged last March that AlphaGo would not defeat him, his supporters are palpably less confident than in the past as they wish him good luck.

Gu Li, a national Go champion who provided commentary on the AlphaGo-Lee match, said that he gives Ke only a 10 percent chance of winning even one of the three rounds. [Source]

AlphaGo anonymously won 50 straight online games against leading human players in January. Both Gu and Ke were among those defeated: Ars Technica’s Sebastian Anthony reported that “Ali Jabarin, a professional Go player, apparently bumped into Ke Jie after he’d been beaten by the AI: ‘He [was] a bit shocked… just repeating “it’s too strong.”’”

Updated at 07:07 PDT on May 23, 2017: Quartz’s Zheping Huang reported on the information controls surrounding the contest following Ke’s narrow loss in the first round:

Three Chinese journalists told Quartz that they have received oral directives from the authorities that their organizations are not allowed to live broadcast the May 23-27 event. One of them said that his publication has been asked not to even mention Google’s name in reporting on the event. Another said that they are allowed to mention Google, but are not allowed to write about Google’s products in related news reports.

A video editor with a Shanghai-based live-streaming platform said that her company had already sent staff to the venue in Wuzhen, but had to call them back after receiving the ban on May 19.

[…] As the first game between AlphaGo and Ke was underway, Chinese Go fans struggled in search of a live-stream of the event. “I don’t quite understand… why a game held in China cannot be broadcast in China,” one blogger wrote (link in Chinese) on China’s Twitter-like microblogging site Weibo.

Several streaming sites, including bilibili.com, offered their own boards to replicate the two players’ moves in real time, but with no actual shots from the event. [Source]

“Last year, it was still quite humanlike when it played,” said Mr. Ke after the game. “But this year, it became like a god of Go.”

Perhaps just as notably, the victory took place in China, a rising power in the field of artificial intelligence that is increasingly seen as a rival to the United States. Chinese officials perhaps unwittingly demonstrated their conflicted feelings at the victory by software backed by a company from the United States, as they cut off live streams of the contest within the mainland even as the official news media promoted the promise of artificial intelligence.

[…] Notably, the Go match took place in the city of Wuzhen, where the Chinese internet authorities hold an annual conference on cyberspace regulation.

[…] “Anything that demonstrates that something special about China has turned out to be just another artificial intelligence problem that Google is better solving than any other company is additionally problematic,” said Clay Shirky, a professor at New York University Shanghai, “because it threatens the specialness of the culture.” [Source]