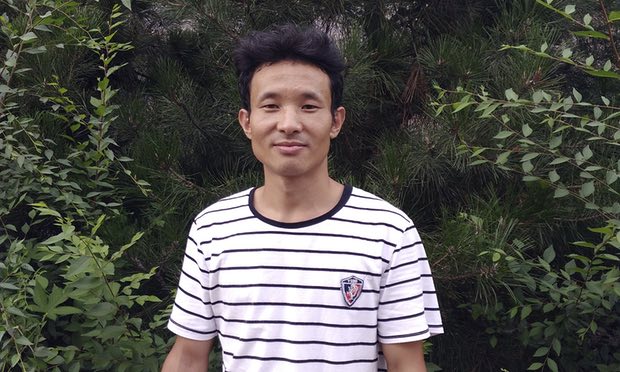 A China Labor Watch activist who had been working undercover investigating abuses at a Chinese factory that makes shoes for Ivanka Trump has been detained by the police. Two others who were also working on behalf of the New York-based advocacy group have been reported missing. The firm has denied labor violations uncovered by the activists, including low wages and excessive overtime, according to a report by the Associated Press.

“We are shocked,” Long Shan, a spokeswoman for the Huajian Group, said in an email to the Associated Press. “As a renowned global media outlet, you have put out many untrue reports not based on facts and without our consent.”

[…] Long said the company had stopped producing Ivanka Trump shoes months ago. She said Hua Haifeng had joined the group’s factory in Dongguan on 20 May, but left after less than a week, and Su Heng began working at their Ganzhou factory on 28 April, but also left after a short time. She said she did not know their current whereabouts.

“By coming to Huajian to work, they are Huajian employees. Huajian staff must comply with China’s laws and regulations and Huajian’s rules,” she said, adding that at least one of the men “used methods like taking photographs and video to obtain the company’s trade secrets, which is not in line with the company’s regulations. Our company has the right to hold him accountable.”

She said reports of managers verbally abusing workers, including insults and a crude reference in Chinese to female genitalia, were based on misunderstanding. “It is the local dialect being used as management language,” she said. [Source]

The firm is making plans to relocate production to Ethiopia amid rising labor costs as China’s economy matures and shifts away from cheap manufacturing. From Keith Bradsher at The New York Times:

Ms. Trump’s father campaigned for the United States presidency on a platform of bringing back overseas manufacturing jobs. But deep economic and demographic shifts mean a lot of low-end work — like making shoes — doesn’t offer huge profit in China. As President Trump accuses China of stealing jobs, those jobs are now leaving for other shores.

[…] Today, Chinese workers are less cheap and less willing. More young people are going to college and want office jobs. The blue-collar work force is aging. Long workdays in a factory no longer appeal to those older workers, even with the promise of overtime pay.

[…] Such tensions are fueling the drive of Huajian’s founder, Mr. Zhang, to move work to Ethiopia. A former drill sergeant in the Chinese military who sometimes leads his workers on parade-ground drills, Mr. Zhang says work like making shoes will never return to the United States and is increasingly difficult in China as well.

[…] Citing labor costs and the country’s foreign investment push, Huajian is building a sprawling complex of factories, office buildings and a hotel on the southern outskirts of Ethiopia’s capital, Addis Ababa. Mr. Zhang’s shoe factories there already have 5,000 employees. When finished in four years, the Addis Ababa complex will be ringed by a replica of the Great Wall of China. [Source]

In a separate article for The Times, Bradsher recounts how he reported the story of the detentions so quickly after they happened. The activists’ detention and disappearance and the scandal over workplace conditions at Huajian are expected to hurt Trump’s brand, Jim Zarroli at NPR reports:

[…C]onsumer behavior could be changing, in part because social media create a platform to publicize the worst abuses, says Allen Adamson, founder of BrandSimple Consulting.

“There’s a growing and large group of consumers that want to vote with their pocketbook or their wallet, and if the company is not behaving in a way that they consider fair or right, they’re very quick to switch their purchase behavior,” he says.

Not everybody shares that view, Adamson notes, “but it’s a growing group — particularly younger, millennial consumers, people who are very passionate about the issues.”

[…] “With Ivanka Trump’s brand, as with any brand, when consumers hear reports that the products are made in factories with abusive conditions, that hurts the brand,” Nova says. “If consumers are reading credible reports that investigators [who are] simply trying to find out what kinds of conditions exist in those factories are being persecuted by the Chinese authorities, that has to hurt the brand.” [Source]