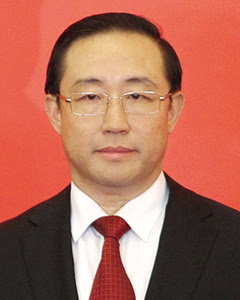 Billionaire Guo Wengui, a real estate magnate with ties to the Ministry of State Security, has launched an offensive against Beijing by lobbing a series of explosive, yet so far largely unproven, accusations of corruption and other wrongdoing against top Chinese political and business leaders. In response, Beijing has gotten Interpol to issue a “red notice” for his arrest, banned any online discussion of him, and launched a propaganda offensive of their own, while several of those accused have gone to the courts in an effort to clear their names.

Political analyst Liang Jing has published his thoughts on the story in a series of essays for Radio Free Asia. This is the second of several translated Guo-related Liang Jing commentaries that CDT will publish over the next week. In this second piece in the series, Liang discusses Guo’s revelations about Deputy Minister of Public Security Fu Zhenghua, Xi Jinping’s “go-to man” in campaigns against corrupt officials, social media celebrities, “malicious” stock market trading, and former security chief Zhou Yongkang. Fu’s loss of his seat on the Central Politics and Law Commission last August was seen by some as a sign that his rise had stalled, but his appearance at this year’s Two Sessions in Beijing may suggest otherwise. Like others in the past, Guo compared Fu to the similarly flamboyant former Chongqing police chief Wang Lijun, who was sentenced to 15 years in prison for his role in the scandal involving former Chongqing party chief Bo Xilai and his wife Gu Kailai. Read more about Guo’s allegations against Fu in a Next Weekly interview translated by CDT. Liang’s first piece, “Issues and Lessons Raised by the Guo Wengui Affair,” can be read here.

For several days during the Spring Festival, the political focus of WeChat groups switched from the U.S. back to China. This was of course due to Mingjing Channel’s broadcast of an interview with Guo Wengui before the holiday, revealing extraordinary intelligence about Fu Zhenghua’s use of the anti-corruption campaign for blatantly self-serving ends.

Who is Fu Zhenghua? Many who follow China’s politics seem not to know, but those caught up in the regime’s political persec­ution of human rights activists, and Falun Gong believers, do: a baleful hound playing the bad cop in the CCP’s repressive apparatus. Guo Wengui likens Fu to Wang Lijun. Careful comparison, however, shows that their careers have been significantly different, for all their similarities in character. Wang’s path started with policing criminals, while Fu can be said to have gotten his start as a thug for political persecution. Wang’s political nose is thus more sensitive than Fu’s, and he was bolder. He reportedly revealed Zhou Yongkang’s orders to cover up the scandal of Ling Jihua’s son’s car accident to Hu Jintao and Xi Jinping, winning Xi’s trust and favour. Guo reveals that Fu is no faithful lackey of the CCP, but rather a most dangerous, not to say deadly, virus threatening the regime. His basic approach is to use political persecution under the CCP for personal gain; so not only has he no desire to reduce the regime’s enemies, but is constantly creating more enemies and hostility, holding the authorities hostage to gain more chances to feather his nest.

Why the authorities would want to promote such a person then becomes the question. Were they oblivious to the risks of doing so? This question is actually an old one. The authorities’ analysis is, if they don’t promote such people, they will themselves soon fall. As long as they use this vicious dog in a restricted way, keeping its function of political persecution generally separated from those of the judiciary, they can both maintain stability and limit its risks to themselves.

Under this self-deceiving logic, Fu Zhenghua, a political persecution career thug, starting with the hounding of Falun Gong, became human rights activists’ most ferocious enemy. His rise occurred as the political situation deteriorated and officialdom become ever more corrupt. This in turn made Fu ever more powerful and daring. More to the point, he got more opportunities to involve himself in high-level politics and enter the centre of power. For this brutal thug’s targets were no longer limited to powerless human rights activists and the petitioning ‘ant people’, but extended to the wealthy, to deeply influential figures and institutions.

This is the insight delivered by Guo Wengui.

Multifaceted challenges follow from this. That Fu himself was [rumoured suspended from the Central Political and Legal Affairs Commission and] placed under investigation shows that the regime realizes that he poses a direct threat to those in power. This was firstly reflected in Fu’s ability to extract enormous wealth from anti-corruption, placing Xi’s anti-corruption campaign fundamentally in question. What are the moral grounds of anti-corruption, it would be asked, and what can it possibly achieve? Secondly, Fu Zhenghua’s iniquities became in fact a kind of anti-government political mobilization. A major reason Guo Wengui, deeply involved in high-level CCP political corruption, dared break the news publicly overseas, was because Fu’s “anti-corruption” blatantly violated many innocent people’s basic rights. These innocents were not political opponents of the establishment: they were even supporters of the Party’s institutions and vested interests. Yet they suffered same abuse and injury in the name of “stability maintenance.” A necessary consequence of this is that more people have had to live in fear. To get away from it, many people will choose to flee. Those who cannot escape hope that a different political order will emerge. That is something Xi Jinping does not want to see, but his political opponents do.

How much will the Fu Zhenghua case damage Xi Jinping? Is there still an opportunity to retain some power from the wreckage? This issue concerns many at present. One specific development will, I suggest, help us make a judgment: how Xi decides to deal with the Fu Zhenghua case, and whether he dares to do so openly. The more he covers it up, the greater the threat it poses to him politically. Five years ago, the Wang Lijun case severely impacted high-level Party politics; it is not impossible, I would argue, for the political implications for the Party of the Fu Zhenghua case to exceed those of Wang’s. [Chinese]

Liang Jing is an independent commentator with a background in official policy research in the PRC, whose current affairs column has been running on Radio Free Asia’s Cantonese website for 20 years. Read more by Liang Jing via CDT.