The Publicity War Between Beijing and Guo Wengui 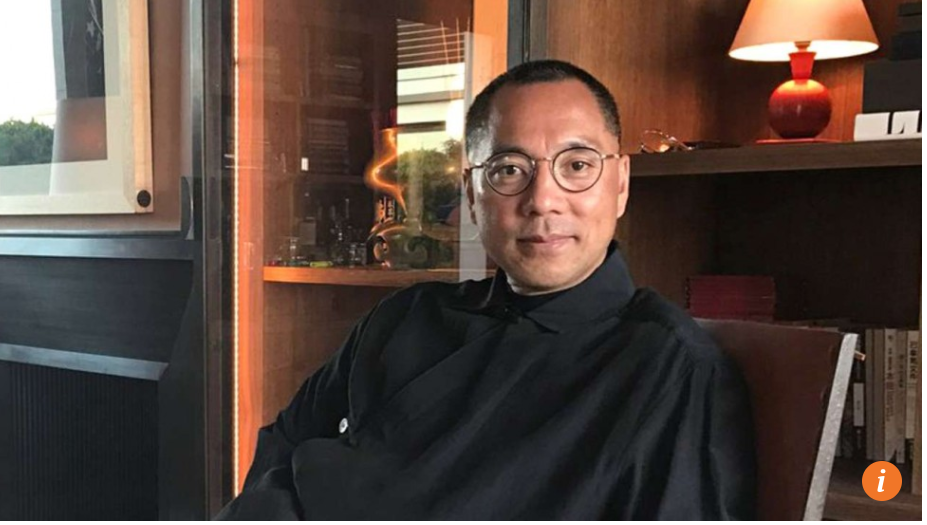 In interviews with New York-based Mingjing News last month, Chinese real estate tycoon Guo Wengui levied unproven allegations suggesting that the corruption targeted by Xi Jinping’s ongoing CCP anti-graft campaign is more serious and pervasive than previously disclosed. Guo, also known by the name Miles Kwok, is a billionaire who left China in 2013 and currently resides in the U.S. This week, Guo spoke with Voice of America’s Chinese service for what was planned to be a three-hour interview, which the tycoon said would “drop a nuclear bomb of corruption allegations” against family members of top ranking Party officials. The U.S. government-funded media company aired only the first hour of it, cutting off the remaining scheduled interview as Interpol released a “red notice” for Guo’s arrest, confirmed to be on request from Beijing. The South China Morning Post’s Nectar Gan reports on the cut-off interview and the speculation it has invited:

Washington DC-based Voice of America cut the interview short owing to “pressure from various parties”, VOA interviewee Guo Wengui, who is subject to an Interpol “red notice”, said in a video posted on his Twitter feed following the VOA interview.

Government bodies in the US and China have both been blamed by some social media commentators for the abrupt ending, and differing explanations from the parties involved in the interview have left the question open.

[…] Sources briefed on the notice said Guo, who has close ties to disgraced former state security vice-minister Ma Jian, was suspected of giving Ma 60 million yuan in bribes. Ma is under investigation for corruption.

Guo said he met officials from China’s graft-busting Central Commission for Discipline Inspection and the Communist Party’s Central Political and Legal Affairs Commission in London last year about Ma’s case, adding that facts of the case differed from the allegations in the notice to Interpol.

A day before the [VOA] interview, stories about Guo being placed on an Interpol’s red notice were leaked through various channels to the media in Hong Kong, and confirmed by the Chinese foreign ministry on Wednesday afternoon.

[…] Less than an hour before VOA kicked off the interview with Guo, The Beijing News, a mainland newspaper, published a long investigative story on Guo’s past, detailing his business career and controversial deals. The most surprising part of the report were new details from an “exclusively obtained video of [the disgraced former spy chief Ma Jian] testifying”.

In a 27-minute-long edited monologue, Ma described in detail the bribes he received from Guo and how he used his power to help him.

In an unprecedented move, the Ma video appeaded in cyberspace on YouTube, an overseas platform inaccessible from the mainland to anyone without a virtual private network (VPN). In previous cases, such “confessions” are usually aired on on state-run television. [Source]

In another SCMP report, Gan describes in further detail the video alleged to be Ma Jian’s confession, in which the disgraced former vice-security minister describes aiding Guo on business deals and settling dispute, and receiving gifts including cash and properties. Guo has denied bribing Ma Jian, who in January 2015 was detained on suspicion of corruption.

Caixin in March 2015 accused Guo of having conspired with Ma in a plot that toppled a former Beijing vice mayor, which the tycoon denied. Caixin later filed lawsuits agains Guo for libel and damaging their commercial reputation.

As authorities attempted to influence the external narrative from the “Truth About Guo Wengui” (郭文贵 真相) YouTube account, they also made efforts to control domestic social media commentary on the tycoon. The SCMP’s Mimi Lau reports on censorship of social media speculation that followed news of the Interpol red notice, noting what information has been allowed to remain online:

The top trending item was an article by state broadcaster CCTV confirming the red notice had been issued. The report was shared about 950 times, gleaning 46 comments and was “liked” 1,872 times.

But of those comments, only three were accessible and none were intelligible.

[…]  FreeWeibo.com, a website that monitors censored posts on Weibo, listed Guo as top of its hot topics of censored searches.

[…] But one article about the tycoon seemed to have to have evaded the censors and attracted a wide readership on the mobile phone application of news website NetEase.com.

A story by the state-run Beijing News heavily criticising Guo had more than 100,000 comments by Wednesday lunchtime.

The article delved into his past and quoted people who used to work with him questioning his character and honesty.

Readers expressed shock about the allegations, with many calling for his arrest and even that he be given the death penalty. [Source]

In a more recent update, the SCMP’s Gan reports that Guo has blamed the termination of the scheduled VOA broadcast on a saboteur from Beijing who infiltrated the network.

In coverage of the Guo Wengui case from The Guardian, Tom Phillips quotes Chinese University of Hong Kong’s Willy Lam on the unprecedented nature of Guo’s decision to share such explosive allegations with foreign media, potentially pitting himself against Xi Jinping:

“It is the first time a [Chinese] billionaire, whether in or outside of China, has exposed this kind of dirty linen in public,” he said.

Lam said Guo’s claims concerning the relatives of top Communist party figures had yet to be fully substantiated. Even so, they represented “a big public relations disaster for the Xi Jinping administration and for the Communist party in general” since they suggested Xi’s anti-corruption crusade had failed to halt what the president himself has described as the party’s moral slide.

The scandal would reinforce the impression that, for all Xi’s efforts, the families of top leaders were still able “to make a killing” from their political connections, Lam added. “It is not a pretty picture.” […] [Source]

China has long been accused of pushing for Interpol to release red notices on dissidents and refugees for political reasons. Last year, China’s former vice-minister of public security Meng Hongwei was elected president of Interpol, a decision praised by China’s Foreign Ministry but protested by rights organizations. At Foreign Policy, Bethany Allen-Ebrahimian reports on Guo’s case in the context of suspicion that Beijing is using its influence at Interpol to globalize a domestic political purge, as well as to further other issues on Beijing’s political agenda:

It’s no surprise that China is using every tool it can to go after Guo. High-level corruption is a sensitive topic in China, where President Xi Jinping has led a sweeping anti-corruption campaign and political purge that has felled some of the country’s most powerful political elites, including former security czar Zhou Yongkang and former military chief Xu Caihou. The anti-corruption campaign has cemented Xi’s own power, sweeping away opponents and helping make Xi the most influential Chinese leader in decades.

[…] In recent years, China has made use of red notices as it has expanded its anti-graft campaign beyond its borders. In 2015, China hailed the issuance of 100 red notices against economic fugitives, largely as part of its “Sky Net” operation, which seeks to repatriate and punish corrupt Chinese officials and businesspeople who have fled abroad. Chinese media have repeatedly emphasized the power of the Chinese authorities to reach anywhere in the world, broadcasting scenes of fugitives, such as former official Yang Xiuzhu, being escorted by police through Beijing’s airport.

[…] Another sign of Chinese influence over the international crime-fighting organization is the continued exclusion of Taiwan. China claims sovereignty over the self-ruling island and has worked steadily to reduce its participation in international organizations where its membership might be seen as a sign of Taiwanese nationhood. Interpol rejected Taiwan’s bid to participate in the November 2016 general assembly in which Meng was elected. [Source]

Meanwhile, in other news of billionaires who appear to be caught up in Chinese political struggles, The Wall Street Journal reports on previously undisclosed business ties between missing billionaire Xiao Jianhua and the military via a highly influential arms-trading company. Xiao, a mainland tycoon known to be a former dealmaker for CCP elites, disappeared in late January after being last seen in what appeared to be an abduction situation in security camera footage at his residence in Hong Kong. The still unknown whereabouts of Xiao have led to speculation that his abduction was ordered by high-ranking Party leaders and that he is currently in China. From James T. Areddy:

The military connection casts new light on the business dealings of Mr. Xiao, who disappeared in late January from his residence in a luxury Hong Kong hotel, raising questions in China’s business community about the financier’s potential enemies and his fate.
[…] The Wall Street Journal examined hundreds of company records and other publicly available documents to better understand how Mr. Xiao made his money and why he might have been vulnerable. Mr. Xiao is worth over $5 billion, according to Shanghai wealth-tracking advisory Hurun Report.

[…] In China, few organizations can match the influence of China Poly Group, which was created in 1992 by China’s leadership and the People’s Liberation Army. Today, Poly claims annual profits in the billions of dollars from arms trading, real estate and art auctions. […] [Source]