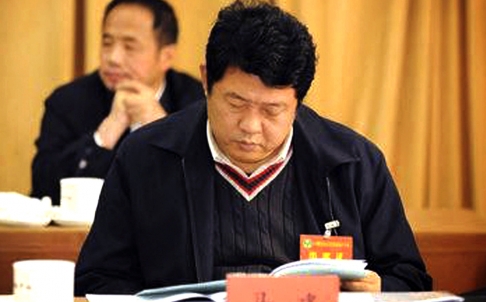 The South China Morning Post is reporting that Ma Jian, a former top official in the Ministry of State Security, has been detained on suspicion of corruption. If he is charged, he would be the second highest security official after Zhou Yongkang to face criminal prosecution. Ma is reportedly linked to Ling Jihua, who has been arrested, but few other details about the investigation or about Ma’s background are publicly available. From the SCMP:

It is not clear what triggered the probes, but it is believed to be linked to a high-profile anti-graft investigation into activities at the top of Founder Group, a Peking University-owned technology conglomerate.

Ma, the executive deputy minister of the omnipotent Ministry of State Security and who sources say was in charge of the mainland’s massive counter-espionage operations, is believed to be close to Founder chief executive Li You who allegedly financed hugely profitable securities trades carried out by one of Ma’s relatives.

Founder has been involved in a high-profile spat with Beijing Zenith, a property developer with a mysterious background, but which is also the second-biggest shareholder in the conglomerate’s Founder Securities unit.

For The Diplomat, Kerry Brown of the University of Sydney writes about the significance of Ma’s detention and the possible reasons that he was targeted:

Ma’s detention is significant because it marks a clear change in the anti-graft campaign. China’s spy agency is one of the best funded, most politically protected entities in the country. Only the most confident and emboldened dare to take it on. For President Xi Jinping and his colleagues to have allowed such a senior figure to be targeted in this way shows they must think things are going to plan in the great clean-up that has been underway for over 18 months now.

Over a decade ago, when I joined the British Foreign Office, I was solemnly told in a briefing that Chinese leaders took the work of their intelligence services very seriously indeed, and heeded their advice closely. Under Hu Jintao and the pro-stability strategy, the Ministry of Public Security and the Ministry of State Security (MSS), along with all the other various agencies having a covert function, entered a new era of empowerment and influence. Zhou Yongkang, from 2007 on, sat atop this network. It was a well funded, politically supported fiefdom that may have had up to a million people working for it in various forms and guises.

This industrial sized entity, however, has been stymied by the sort of problems that plague similar organizations the world over. Territoriality, poor internal communication, and burgeoning waste of resources (not to mention their siphoning off to corrupt networks) are part of this. In any country, intelligence agencies have a tendency to become political tools for one power group or player over another if they aren’t closely watched. Their greatest asset is access to supposedly precious, privileged information and the ability to convey this directly to leaders without jumping through bureaucratic hoops. It is an old trick, but pasting a “Top Secret” line across a document raises the chances it will be read, no matter what it might contain. Intelligence agencies always have a keen readership. [Source]