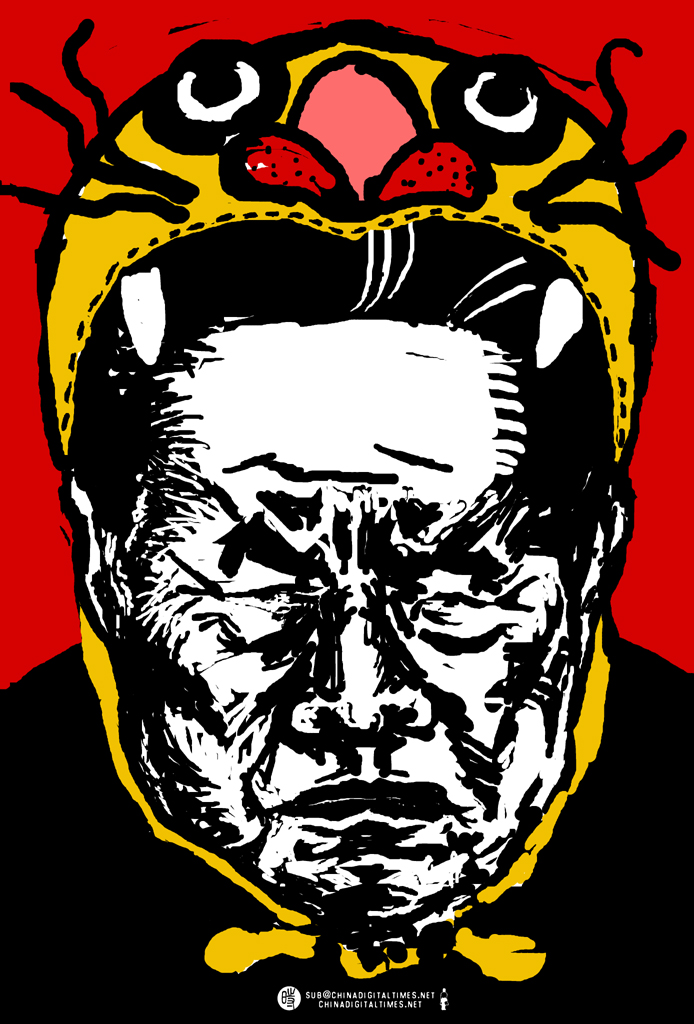 The investigation into allies and associates of Zhou Yongkang has expanded into the previously untouchable Ministry of State Security and its local bureaus. Liang Ke, the director of the Beijing Municipal Bureau of State Security, has reportedly been detained, the New York Times reports:

[..A] former security official and a policy adviser to party leaders, both speaking on the condition of anonymity, said senior officials had told them that Mr. Liang was suspected of aiding Mr. Zhou by illicitly passing on information gathered by the bureau’s network of agents, phone taps and informants in the Chinese capital.

A businessman whose investments bring him in contact with senior police and military officials also confirmed Mr. Liang’s detention, which was said to have occurred in the first half of January.

The detention takes the investigation encircling Mr. Zhou into especially sensitive terrain: The Ministry of State Security and its local bureaus are unaccountable even by China’s standards and rarely discussed in public. In addition to conducting espionage overseas, the service gathers intelligence on officials at home, monitors threats to party control and keeps foreign diplomats and journalists under surveillance. State security officials’ names and comments almost never appear in the media. [Source]

Meanwhile, state media have announced that authorities are targeting Liu Han, the former head of Hanlong Mining and an alleged gang leader, and officials who may have protected him. While no direct link to Zhou has been announced, officials are implying a connection. Reuters reports:

Liu Han, the former chairman of Hanlong Mining, which attempted to take over Australia’s Sundance Resources Ltd, led his gang on a crime spree for more than a decade, focused on China’s southwestern province of Sichuan, state media have said.

[…] Liu would not have been able to get away with his crimes if he had not enjoyed the protection of “certain party, government and legal bodies”, said the People’s Daily, the official newspaper of the ruling Communist Party.

[…] Sichuan, where Liu’s company, Hanlong Mining, is based, has been a focus of Xi’s crackdown, mostly because it was a power base for Zhou Yongkang, the retired former domestic security tsar now being probed over graft.

Official media have not directly linked the case with Zhou, but have alluded to possible ties, as Liu’s rise coincided with Zhou’s time as Sichuan’s Communist Party boss. [Source]

In accounts published by the state-run news agency Xinhua, former associates of Mr. Liu, 48, and his younger brother, Liu Wei, have confessed to the murders, painting a picture of a ruthless man who stopped at nothing to acquire a fortune amounting to 40 billion renminbi, or $6.57 billion. On Thursday, prosecutors charged Liu Han and other members of his network – 36 in all – with 21 crimes, including murder and intentional injury. [Source]

Zhou Yongkang’s tangled web may also have reached a businesswoman in Harbin, Liu Yingxia, who has been dismissed from the Chinese People’s Political Consultative Conference, although no official reason has been given. Liu founded the Harbin Xiangying Group, which became the first private firm allowed to invest in oil pipeline construction in China, a deal which linked Liu to Jiang Jiemin, a close associate of Zhou Yongkang’s who is also under investigation. From the South China Morning Post:

Liu Yingxia, who was listed as China’s 46th richest woman with assets of 4 billion yuan (HK$5 billion) by wealth publisher the Hurun Report last year, was removed as a member of the Chinese People’s Political Consultative Conference (CPPCC), the Xinhua news agency reported late on Thursday.

[…] The official news agency gave no reason for her banishment.

Liu was born in 1972 to a military family and served five years in the armed forces. She founded the Harbin Xiangying Group in the northeastern province of Heilongjiang at the age of 20 and the company now operates in the property, utility and road construction sectors, the Xiaoxiang Morning Herald reported on Friday.

A man who answered the office phone at the company on Thursday said Liu was out of the country for medical treatment for cancer and would return to China soon. [Source]

Read more about the Zhou Yongkang investigation, via CDT.