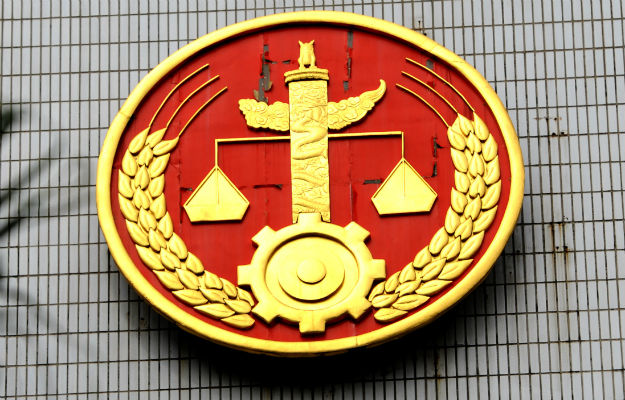 In a lengthy piece in The New York Times Magazine, Alex W. Palmer profiles members of the “rights defense” movement, focusing on lawyer Liang Xiaojun, who defended fellow lawyer Xie Yanyi in his subversion case. Xue and other rights lawyers were arrested, detained, and interrogated as part of the “709” crackdown that was launched in July 2015. While some of those detained have been released, others have been given lengthy prison sentences, and at least one, Wang Quanzhang, remains in prison without having been tried:

In the years since the movement’s founding, rights defense lawyers have taken up causes including freedom of expression, labor rights, religious freedoms and advocacy for lesbian, gay, bisexual and transgender people. Yet in every case, the lawyers face a common and elemental adversary: fear. Beyond beliefs or values, this is what unites the movement’s members. ‘‘I think you can probably go inside lots of law schools’’ in China ‘‘and speak to lots of students and find they have pretty liberal ideas,’’ Pils told me. ‘‘It makes sense to most people that law is better served by, for instance, an autonomous judiciary.’’ But that does not make them human rights lawyers, she says. ‘‘It’s really a question of, Can you withstand the pressure?’’

[…] The pressure can be startlingly personal. In the on-and-off cycle of repression and relaxation, some minders treat their target to dinner one week, then interrogate him the next. Softening euphemisms abound: to have been ‘‘spoken to,’’ instead of threatened; ‘‘educated,’’ instead of disciplined. Somehow the fear and the constant threat of violence become normalized. ‘‘At first you’re scared just to talk to someone,’’ Pils says. ‘‘And then one day you’re used to the idea that you could be taken anytime.’’

For Liang, it was soon after accepting his first human rights case in 2008 that he came to the attention of the authorities. In 2010, he was prevented from attending a meeting for the first time. A European embassy in Beijing was holding a conference on rule of law, and the organizers invited Liang to speak. The morning of the event, two policemen knocked on his door. They stayed with him throughout the day, gave him lunch and then sent him home after the conference concluded. Since then, the harassment has been nearly constant, including intimidation from government thugs and raids targeting Liang’s office.

The most jarring incident came in August 2015, a month after the 709 arrests. Liang was with his wife and son at the Beijing airport, preparing to fly to New York for an exchange program at Columbia University. When the family was at customs, Liang was stopped and told that he was not allowed to travel. ‘‘They said I might endanger national security,’’ Liang says. He has been unable to leave the country since. [Source]

For CPI Analysis, Leïla Choukroune writes that the treatment of Xie Yanyi and other lawyers targeted for their work has shown apparent efforts at legal reform in China to be empty words:

Banned between 1957 and 1977, lawyers were gradually allowed to participate in the legal system after the adoption of the 1978 Constitution and the new criminal rules of 1979, which restored the right to defence. But lawyers remained “legal agents of the State”. The “All China Lawyers Association” (ACLA) progressively took charge of managing these professionals. Yet, that hardly made for their independence as they reported to the justice ministry. The 1996 “Law on Lawyers and Legal Representation” was envisaged as a professional charter for a burgeoning profession. Lawyers finally had a right to work outside the State system. Private firms mushroomed in direct relation with the opening up and later internationalisation of the Chinese economy. However, a number of legal provisions still very much restrict freedom of action by Chinese human rights defenders such as the infamous article 96 of the Criminal Procedure Law, which stipulates that lawyers accused of divulging State secrets and who wish to seek outside help should first obtain permission from public security authorities. From the case of the blind lawyer Chen Guangcheng, one of those “barefoot lawyers” who no longer hesitated to use the Chinese legal system to claim their rights, to many other outrageous and repeated abuses of the new human rights defenders (weiquan renshi), numerous recent examples of mistreatment and obvious denial of individual rights bring more questions than answers of Chinese legal reform intentionality. [Source]

For more on rule of law and China’s rights lawyers, listen to a Sinica podcast interview with Jerome Cohen.