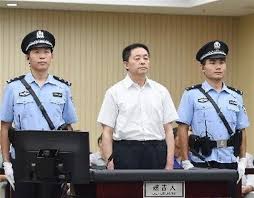 A Tianjin court has handed Christian activist Gou Hongguo a three-year suspended sentence for “subversion of state power.” Gou’s sentence is the fourth this week for detainees from last July’s “Black Friday” crackdown on rights lawyers and activists to receive a sentence for subversion this week, following those of activist Zhai Yanmin (who received the same, surprisingly light suspended sentence), activist Hu Shigen (sentenced to 7.5 years in prison), and lawyer Zhou Shifeng (sentenced to 7 years in prison). All of the defendants in this first round of trials had ties to the Fengrui law firm at the center of Beijing’s crackdown, at which Zhou Shifeng was the director. The Los Angeles Times’ Jonathan Kaiman reports on Gou’s activism and the case against him:

The charges against Gou, a former businessman, stem from his attendance at the 2014 “Interethnic/Interfaith Leadership Conference” in Taiwan, organized by the U.S.-based nonprofit group Initiatives for China, and from his relationship with his church and members of the Beijing-based Fengrui Law Firm, which was known for tackling politically sensitive cases.

[…] Prosecutors alleged that Gou met with Zhou, Hu, and other activists at a Beijing restaurant in February 2015, according to state media. There, they discussed how to “overthrow the party” via peaceful advocacy work, the reports said.

Like the other three lawyers and activists sentenced this week, Gou reportedly pled guilty and declined to appeal the charges against him, which stated that he had been trained abroad to assist in overthrowing the Party regime. Reuters’ Michael Martina reports, noting authorities’ explanation of the lightness of Gou’s sentence:

Xinhua cited prosecutors as saying Gou had been influenced by the underground church leader Hu Shigen’s ideology of “overturning the government”.

[…] Authorities have accused the firm and its associates of orchestrating protests outside courts, politicizing ordinary legal cases, and conspiring with “foreign forces” that sought to undermine China’s ruling Communist Party.

“Gou Hongguo was sent outside of China’s borders by Hu Shigen to receive training related to subverting the government,” Xinhua said.

The court said Gou’s “light punishment” was due in part to his expressed contrition, according to a summary posted to its official microblog. [Source]

Also similar to the other hearings this week, Gou’s wife was prevented from attending the trial despite authorities insistence that it was an open hearing. The AFP reports:

Authorities insist the Tianjin trials are open, with the court stating that about 40 people including politicians, legal scholars, and “civilian representatives from all walks of life”, as well as mainland and foreign media outlets, were present at Gou’s proceedings.

But family members of those detained, particularly their wives, complain of being constantly surveilled and forcibly being kept away from the court or barred from seeking further information.

Gou’s wife Fan Lili went to the courthouse earlier this week, falling to the ground outside the building weeping, saying she had not been informed of her husband’s trial date and had not been allowed in.

Watched by scores of police and plainclothes officers, she reportedly pleaded for him to come home and meet his 16-month-old son for the first time. [Source]

The familiar narrative of a country besieged by foreign enemies — with the United States implied as ringleader — is a key element of China’s yearlong campaign to stamp out the country’s burgeoning legal activism movement. That effort drew new attention this week with the carefully scripted trials of a lawyer and three activists on subversion charges.

Though the tactic is far from new, political observers say the trials are a reminder of how the administration of President Xi Jinping has wielded the specter of foreign threats with far greater frequency and force, a reflection of the leadership’s deeply seated belief that China is locked in a pitched, strategic and ideological battle against the West.

[…] The crackdown on the legal profession, launched in July 2015 with a sweeping roundup of close to 300 activists and lawyers, is part of a far-reaching effort to stamp out suspected foreign influence since Xi took power in 2012. Most have been released although more than a dozen remain in detention.

Also in 2012, the Communist Party issued an internal communique, known as Document No. 9, aimed at limiting the penetration of Western-style “universal values,” such as multi-party democracy and media freedoms, into Chinese society, especially its classrooms. […] [Source]

Authorities’ claims that all four tried this week were part of a foreign-backed plot to undermine China were propped up by confession-like statements from Black Friday detainees, Fengrui attorney Wang Yu and paralegal Zhao Wei, that are widely believed to have been coerced. Police reported that the two were released from custody last month, but neither have yet been confirmed free. On Twitter, Amnesty International’s Patrick Poon notes that Zhao Wei’s lawyer Ren Quanniu, detained recently for allegedly making up false reports about Zhao’s treatment, has reportedly been released.

This is very good news, although — like #WangYu & #ZhaoWei –we'll have to see if he has really been released. https://t.co/m5bxg3lInH

State media print and TV coverage of the trials has emphatically blamed “foreign forces” with “ulterior motives” for training the Black Friday detainees, and government bodies have circulated a series of propaganda videos echoing those claims.

Individually called out in a propaganda video with footage supplied by the Public Security Bureau- not great feeling https://t.co/4kKz3feIIK

Amid skepticism over the highly publicized “confessions” of Wang Yu and Zhao Wei, legal experts are also suspicious that the four guilty pleas heard this week were coerced. The South China Morning Post’s Choi Chi-yuk and Nectar Gan report:

Mainland authorities appeared determined to present the first round of trials of activists and lawyers swept up in a year-long crackdown as transparent and fair, although some legal experts have questioned whether the defendants were coerced.

[…] Mainland authorities stressed the trials were held in an open and transparent manner, but critics questioned why relatives of the defendants were not able to attend the hearings.

“It’s actually a great retrogression … when talking about rule of law,” Ho said, adding: “Just like the Emperor’s New Clothes, there is nothing in a real sense when they pretend to uphold the rule of law.” [Source]

At The New York Times, Chris Buckley reports that the highly publicized nature of the trials, all televised, appears to represent a new phase in Xi Jinping’s efforts to maintain ideological orthodoxy across the Party and the public:

By airing the abject confessions and accusations of a sweeping, conspiratorial antiparty coalition, Mr. Xi’s administration was “putting civil society in all its forms on trial, and vilifying them as an anti-China plot,” Maya Wang, a researcher on China for Human Rights Watch said in emailed comments.

“The trials thus serve two purposes — to punish the activists, but also to use them to bolster President Xi’s claims,” she said.

The legal proceedings and the drumbeat of propaganda appeared better meshed than ever, said Eva Pils, a legal scholar at King’s College London who has long studied human rights lawyers in China. […] [Source]

For the Chinese government these show trials serve two objectives. The first is to intimidate China’s human rights community with an unmistakable message that the Party will crush those who dare to put the law above the political interests of the Party.

The second objective is to paint anyone who has an alternative vision of China’s future as part of an American-driven conspiracy.

[…] It’s an argument which helps the Party wrap itself in a tight embrace with the public, warmed by the Chinese national flag and indignation against foreign aggressors who humiliated China two centuries ago and would do so again now if it weren’t for the ever vigilant Party. Many Chinese citizens do actually believe this narrative.

But whatever the short term advantage in securing a loyal public and drilling a docile legal fraternity, the long term cost is too high. […] [Source]

And from The New York Times’ editorial board:

The pattern is dismally familiar in the annals of authoritarian governments. Mr. Xi’s efforts in these trials to portray the defendants as agents of “foreign hostile forces” working to foment a “color revolution” against the government echoes Vladimir Putin’s habit of identifying the United States as the architect of all Russia’s problems. President Recep Tayyip Erdogan of Turkey has accused the West of supporting the plotters of the failed coup last month, and used the coup attempt as a pretext for his crackdown.

What is sad is that this xenophobic propaganda does work with many people, especially when the government controls much of the media and clamps down on independent voices and organizations. Presidents Xi, Putin and Erdogan enjoy favorable public ratings.

[…] The show trials all featured obviously coerced “confessions.” The defendants, with the 15 or so other dissidents who remain in detention since July 2015, have been held incommunicado and are not allowed to appoint their own lawyers.

There is something pathetic in the faith of leaders like Mr. Xi that show trials somehow legitimize their actions. The farce in Tianjin serves only to highlight the heroism of people who believe in democracy. [Source]

Amnesty International has also criticized what they see as “sham trials.” See also Amnesty’s list of those targeted in the crackdown on rights advocacy, and their timeline of key events.