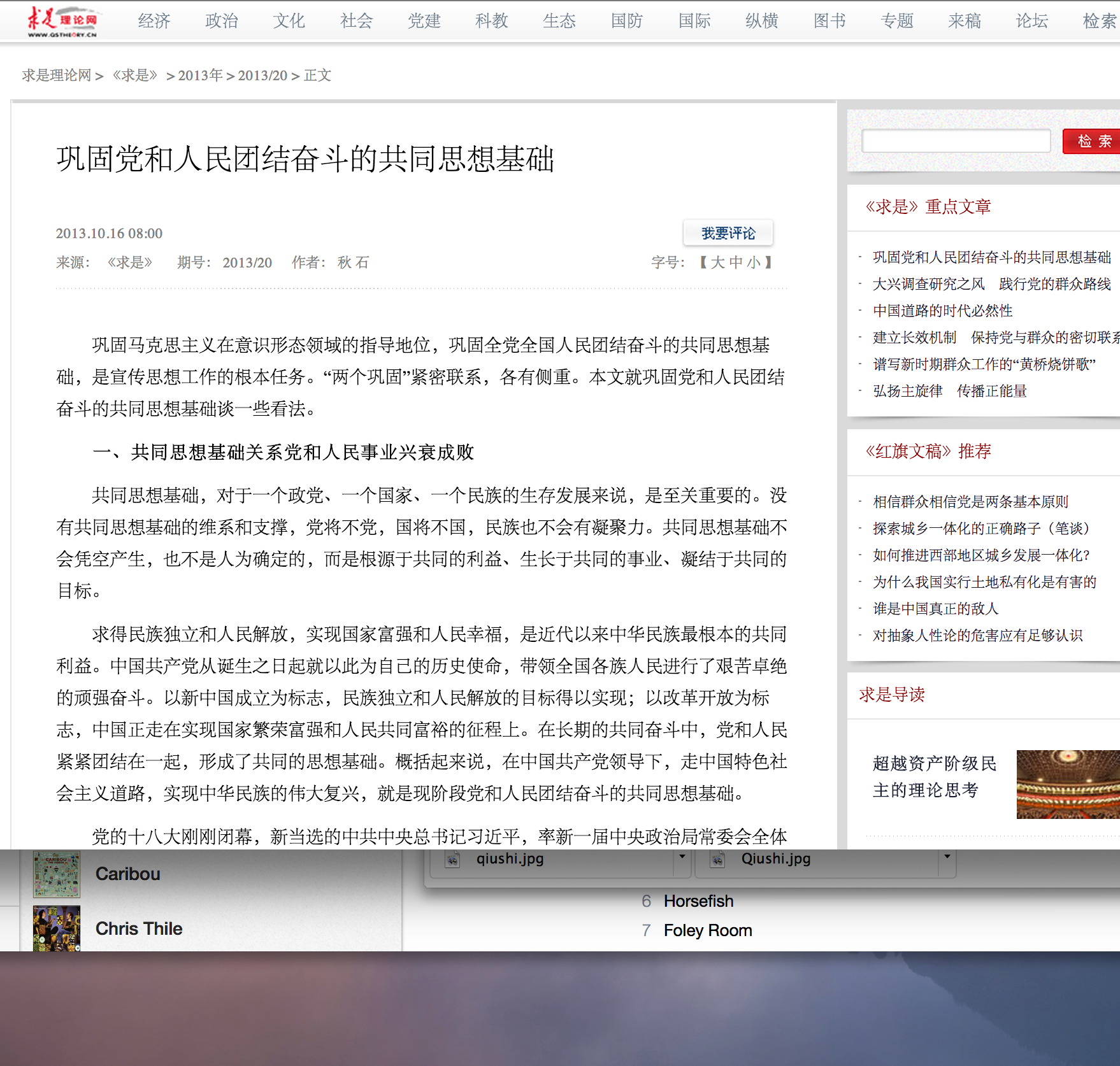 Any speculation that the Xi administration would foster an environment welcoming political reform has been all but annihilated by an ongoing crackdown on liberalism that has targeted China’s media, developing civil society, and influential online voices. Months after the release of an internal edict warning cadres of the “seven perils” that come with Western-style political liberalism, the Party’s bi-monthly political theory journal Qiushi (求是) published articles strongly denouncing Western calls for democracy and constitutionalism:

An influential Chinese Communist Party journal denounced on Wednesday Western calls for political reform saying such pressure was aimed at getting rid of the Communist Party and its leaders.

[…]Western values, such as constitutionalism and democracy, would only foster political unrest, greater corruption, and ethnic strife in China, it said.

“They say that only if China accepts these so-called ‘universal values’ can it have a future,” Qiushi said. “This strong secular universalism has always been the way of Western foreign expansion, and provides the ideological basis to conquer the world.”

Advocates of Westernisation, it said, were plotting to “mess with the minds of the people” and split up China. [Source]

China Copyright and Media has published a full translation of the Seeking Truth article discussed above, as well as another article from the Party journal attacking the promotion of “so-called ‘universal'” Western values.

While central authorities continue to wage war against online rumors in effort to gain control over online public opinion, the South China Morning Post reports that a PLA general took to the PLA Daily newspaper to call for Party leaders to defend against hostile Western forces on the Internet:

The Communist Party should come up with innovative ideas to defend its mainstream political position via the internet because hostile Western forces are trying to use multiple new media sources to “overturn the party’s rule”, outspoken PLA General Liu Yazhou has warned.

The Communist Party’s capability was weak and outdated in dealing with ideological attacks by Western countries, which are skilled at creating new topics and “political rumours” via the internet, Liu, political commissar of the People’s Liberation Army National Defence University, wrote in a commentary in the army’s mouthpiece, the PLA Daily.

The commentary is a departure from Liu’s previous statements. In July, he published an article in the party’s influential magazine Qiushi Journal to warn the PLA that it must embrace change or risk losing out to its international rivals. [Source]

While Party and military media speak of the threats that come with liberal ideology, Winston Mok argues that constitutional rule could strengthen China in an article for the South China Morning Post:

Constitutional rule would make China a stronger nation with compelling benefits. Here are just some.

First, it would stem emigration and attract returnees. Most of China’s rich have obtained, or plan to get, foreign passports. The elite with the best knowledge of the mainland system have limited confidence in one without constitutional rule, and many of them leave. With constitutional rule, this exodus could be arrested. China can achieve its aspiration of a renaissance only if it can retain top talent. […]

[…] In its long and unfinished journey to becoming a strong, modern nation, China has several times come close to adopting constitutional rule. Without it, late Qing officials failed in their Westernisation effort. With it, Japan achieved modernisation more than a century ago.

Building on the economic progress of the past few decades, China can now shift its course to a path of development through constitutional rule. The imminent entry into modernity – in a nation of happy citizens – is the historic moment generations of patriots have been waiting for. [Source]