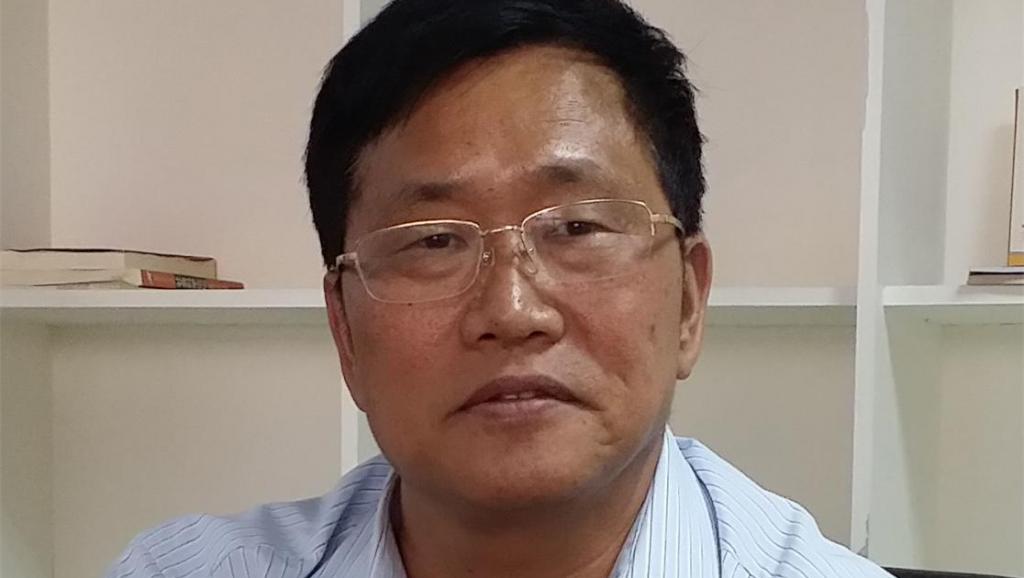 A Tianjin court has sentenced lawyer Zhou Shifeng to seven years in prison for “subversion of state power,” making him the third rights advocate detained in last year’s “Black Friday” crackdown to receive a sentence for that charge this week. Zhou was the director of the Beijing Fengrui law firm, which has handled some of the China’s highest profile rights cases in recent years, and was at the center of the sweeping roundup of rights lawyers and activists. The New York Times’ Javier C. Hernández reports on Zhou’s sentencing, and provides context on the Xi administration’s crackdown on human rights advocacy:

Mr. Zhou, 52, was the focus of the government’s ire as the leader of a law firm that employed nearly 100 people, many of whom specialized in cases officials deemed sensitive. His firm, Fengrui, represented dissidents like the artist Ai Weiwei and victims of a contaminated baby formula scandal in 2008, which sickened tens of thousands of children and resulted in a number of deaths.

The ruling Communist Party, under President Xi Jinping, has apparently identified rights lawyers and their associates as a threat to its survival, and last year the government began a sweeping crackdown, detaining or questioning several hundred people.

[…] At Mr. Zhou’s trial on Thursday, prosecutors portrayed him as a radical who conspired with foreign governments and advocacy groups to hold protests and take on cases aimed at undermining the Communist Party.

“They were actively pulling me to their side and using me to continue attacking China’s judicial system,” Mr. Zhou was quoted as saying in a confession released by the Tianjin court. [Source]

Zhou’s follows sentences for activists Zhai Yanmin and Hu Shigen, both tied to Fengrui, and at least one more verdict is expected to be read this week. The South China Morning Post’s Jun Mai and Choi Chi-yuk report further on the secretive trial, noting that Zhai—who received a surprisingly light three-year suspended sentence—and another Black Friday detainee testified against Zhou:

Like the hearings of the other two rights advocates Zhai Yanmin and Hu Shigen held by the same court this week, none of Zhou’s relatives were present at the trial. Zhai and Hu’s family said they were barred from the hearings and escorted home by authorities.

[…] The night before Zhou’s trial, the Tianjin court posted a handwritten letter attributed to Zhou saying it was his own wish that his family should not attend his trial, citing their “low educational levels” as peasants.

But lawyers said the court had no legal ground to exclude family members from the courtroom, regardless of Zhou’s wishes.

[…] Two witnesses were summoned to testify against Zhou – Huang Liqun, a former colleague at his law firm, and rights activist Zhai Yanmin, who was handed a suspended three-year sentence for subversion on Tuesday.

Both Zhai and Huang were detained in the massive crackdown last July. The two witnesses alleged that Zhou used sensitive cases to instil public resentment of the Communist Party and the government. [Source]

Global Times reported in English on the claim that Zhou had personally requested his family not be invited to the trial. The AFP reports that Tianjin officials claim this week’s trials are open, despite criticism on their secretive nature from rights groups:

Authorities insist the Tianjin trials are open, with the court saying that more than 40 people including politicians, legal scholars, and “civilian representatives from all walks of life”, as well as mainland and overseas media outlets, were present at Zhou’s proceedings.

But family members of those detained, particularly their wives, complain of being constantly surveilled and forcibly being kept away from the court or seeking further information.

[…] AFP was not given access to the court Thursday, and in previous cases only court-appointed defence lawyers have been present. [Source]

AFP correspondent Beck Davis tweets on the close scrutiny she received in Tianjin:

辛苦了! Cop so dedicated he trailed me into the ladies'. Press on tight leash as we await Zhou Shifeng trial results pic.twitter.com/3G66zM853B

The prosecution’s case against Zhou, centered on his alleged role in furthering a foreign-backed plot to undermine the Party regime, was buttressed by confession-like statements from two other Black Friday detainees—Fengrui lawyer Wang Yu and paralegal Zhao Wei—that are widely believed to have been coerced. Authorities reported that the two were released from custody last month, but neither have yet been confirmed to be free. State media has also put considerable effort into blaming “foreign forces” with “ulterior motives” for training the Black Friday detainees through regular reporting. Reuters’ Michael Martina notes a continuation of this trend in state media reportage of Zhou’s trial:

Zhou pleaded guilty to subversion of state power and would not appeal the sentence issued by a court in the northern city of Tianjin, the official Xinhua news agency said.

“Zhou Shifeng had long been influenced by anti-China forces” and had hyped cases and made remarks online and offline about “overturning the government”, Xinhua citied prosecutors as saying.

[…] Xinhua said Zhou had confessed that the firm’s actions had drawn the attention of “foreign forces”.

“They actively enticed me, wanted to use us to continue to attack court trials, attack China’s entire trial and judicial system, and bring trouble to the government. Their ultimate goal is to overthrow the Communist Party leadership,” Zhou said in a prosecutor’s statement, according the Xinhua. [Source]

A series of propaganda videos have also accompanied this week’s trials, echoing the cautionary message about foreign interference heard in testimonies and widely circulated by state media. As the Black Friday trials continue, China Change translates and provides contextual notes on the most recent video, which seeks to present the distressed state of the wives of those on trial as a performance staged by foreign diplomats:

Just take a look. On August 2, the trials of Zhai Yanmin and others began in Tianjin. On August 1, this mob of foreigners came outside the Tianjin Second Intermediate People’s Court where they met up with the families of the defendants on the street opposite the courthouse. First, they got together for a friendly and familiar little chat. And it seems to me, looking at the scene, that they’ve all known each other for quite some time. And then, the foreigners asked those two women into their vehicle and made their way to the courthouse.

Maybe you’re all wondering: Just who are these foreigners? And you’d be hitting the nail on the head with that question. Let’s just take a look at their vehicles. Look right here. [Camera points to the diplomatic plate of one of the cars, showing the first two digits and blurring the rest: 22xxxx is either a US or UK Embassy vehicle.]

If you’ve got any smarts about you, you definitely know what’s going on. [i.e. diplomatic plates.]

Chatting and laughing together, this crowd arrived at the court entrance. Then, upon seeing foreign journalists, the first woman [Liu Ermin, wife of Zhai Yanmin] suddenly pulled a sad face and expertly fell down, sat on her butt, and made a scene yelling and crying. [She was roughed up by a plainclothes police officer, who pushed her to the ground, according eyewitness accounts.]

The second woman [Wang Quanzhang’s wife Li Wenzu] somehow pulled out a sheet of paper and began shouting too. Our “foreign friends” then, like they were well-trained, made a circle around them, as though they were making a little busking stage for the heroines to display their talents. Truly, these were well-trained performers. [The diplomats encircled the two wives to stop plainclothes police dragging them away.] […] [Source]

The wives of Black Friday detainees have been tirelessly advocating for the release of their husbands over the past year, and several were detained outside of the Tianjin court last weekend.