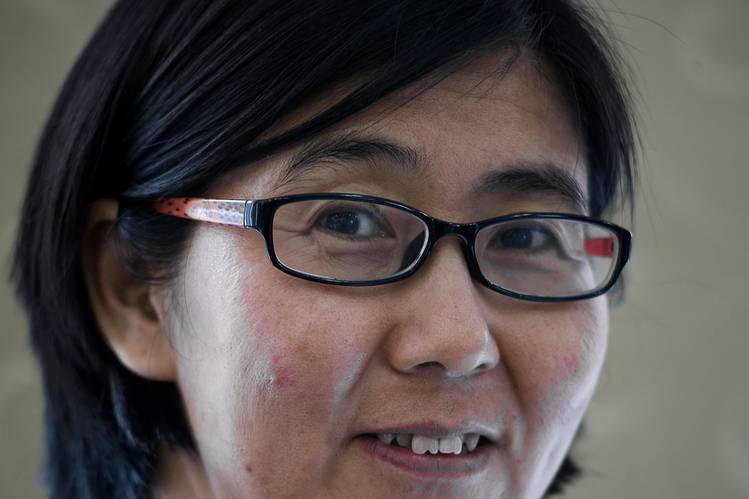 Prominent human rights lawyer Wang Yu was one of the more than 200 rights lawyers and activists detained last July in the “Black Friday” crackdown, and was charged with “subversion of state power” early this year after months in detention. Her husband Bao Longjun was also detained and handed the lesser charge of “inciting subversion,” and her son Bao Zhuoxuan was detained in Myanmar while attempting to travel to the U.S. with two adult guardians last year, after which CCTV aired footage of the two detained lawyers in distress over the news of their son. Authorities have reportedly now released Wang on bail following the airing of a confession-style interview by Hong Kong’s Phoenix Television. Many, however, are skeptical that her confession was authentic, claiming its language was more characteristic of the authorities than of the lawyer herself. The Washington Post’s Emily Rauhala reports:

The news that Wang has been released on bail was reported Monday by Hong Kong’s Oriental Daily. In an “exclusive” interview, Wang, a skilled lawyer, delivers what is essentially the government’s case against her using the government’s favorite turns of phrase.

Wang told Oriental Daily she and her colleagues were trained by unspecified foreign forces to “attack” and “smear” the Chinese government. The training sought to instill “Western universal values and notions of democracy and human rights.”

Wang, who has been held without trial for a year, then goes on to accuse these forces, not Chinese authorities, of holding her hostage. “They used my family and I, taking us hostage to smear the party and attack the Chinese government,” she says.

One of the strangest sections of the interview is when Wang, who has devoted much of her career to human rights, denounces a European human rights award she won.

“I am Chinese. I only accept the leadership of the Chinese government. I don’t accept the award now and won’t accept it in the future,”  the lawyer said. [Source]

Wang’s alleged confession is one of many recently televised, and her reported release follows a similar episode with another Black Friday detainee. Former legal assistant Zhao Wei, also detained last July, was reportedly released on bail on July 7 after issuing a “candid confession.” Weeks after her reported release her husband and legal counsel had yet to see her, allowing them to believe that she is actually still in custody. Others have challenged the journalistic integrity behind a South China Morning Post article based on a phone interview with Zhao.

Chinese HR circles in shock. Second confession in weeks to be aired in Hong Kong press. Medium the message. https://t.co/VNcRGA3Bd9

The AP’s Gerry Shih reports that Wang’s legal counsel and her mother have yet to see her after her alleged release, and notes that the news on Wang came as four other detained lawyers were believed to be standing trial. Among the four was Zhou Shifeng, head of the Beijing Fengrui law firm, where Wang also used to work and that is believed to be the center of the “Black Friday” crackdown. Shih also reports on Wang’s denunciation of Zhou in the video interview:

Wen Donghai, a lawyer for Wang, told The Associated Press on Monday that he had learned from media reports that Wang had been released but had not seen her. Li Yuhan, another lawyer representing Wang, said Wang’s mother did not know of her release.

The AP could not independently verify the authenticity of the videos, and Phoenix TV, one of the outlets that interviewed Wang, declined to disclose where and when the interview took place.

Wang’s reported release and confession were an unexpected bombshell for China’s small but burgeoning human rights community on a day when many believed the head of the Fengrui firm, Zhou Shifeng, and three activists were standing trial behind closed doors in northern China.

[…] In her video interview, Wang denounced Zhou, the law firm’s head, as an unqualified lawyer and said all of the firm’s lawyers had received training in how to use Western universal values, human rights and democracy to “attack and smear” the Chinese government. [Source]

At the South China Morning Post, Mimi Lau reports that the wives of the four suspected to be on trial in Tianjin were detained by police while gathered outside of the courthouse attempting to verify rumors of their husbands’ trials. Coverage from The New York Times reports that “authorities on Monday moved forward” with the trials of Zhou Shifeng and the other three activists. The families of those still detained have been tirelessly advocating for the release of their loved ones over the past year.

[…] The four wives arrived at Tianjin Municipal Intermediate People’s Court to verify a rumour that a court hearing involving Zhai, lawyer Zhou Shifeng and activists Gou Hongguo and Hu Shigen would be held on Monday.

“A dozen officers took us to a police station in Hexi district. Fan is now being questioned by secret police,” Wang said, adding that Liu would be next.

“What we feared most is that the cases of Zhai and other activists would be tried in secret without notifying their families and lawyers.” [Source]

The SCMP has also published an interview with Wang Qiaoling, the wife of Li Heping, another lawyer detained last year. Zhao Wei, the legal assistant who was reportedly released on bail last month, had worked for Li, and allegedly lashed out at her former employer for misleading her on social media.