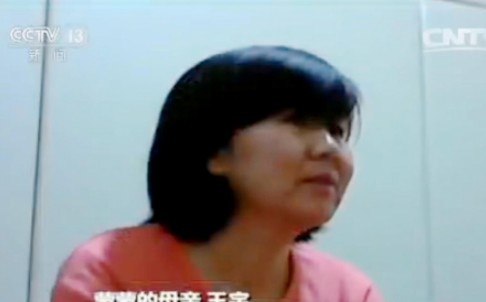 Rights lawyer Wang Yu and activist husband Bao Longjun have both been in secret detention since July’s “Black Friday” crackdown. Wang was taken from her home, and Bao from the airport as their 16-year-old son Bao Zhuoxuan waited to fly to Australia to attend school. Bao Zhuoxuan’s passport was confiscated, and he was taken to his grandparents’ house in Inner Mongolia. On October 9, he was detained along with two rights activists in Mong La, Myanmar. The three were reportedly waiting to travel to Thailand, where the boy planned to apply for asylum in the United States.

Foreign media then reported that the younger Bao is under house arrest at his grandparent’s home in Inner Mongolia. Some commentators noted their suspicion that the boy became “collateral damage” in the ongoing crackdown on civil society, authorities planning to use him as a “‘hostage’ to negotiate” his parents’ cooperation. Last week, state media attempted to flip the narrative, publishing Chinese- and English-language reports lashing out at the foreign media for “fabricating” details of the story, and claiming that a plot by “external forces” had entangled the boy in a political dispute. On October 17, state broadcaster CCTV showed footage of Wang Yu and Bao Longjun distressed upon learning news of their son. Verna Yu reports for the South China Morning Post:

State broadcaster CCTV yesterday aired footage of the couple, filmed separately, talking emotionally about their son, who was caught after he entered Myanmar earlier this month while trying to flee abroad with the help of two activists.

[…] “My boy is too young, he is not yet an adult. Regardless of what organisation took him away, it’s wrong,” Bao said on camera. Another shot showed him breaking down in tears.

A shot showed Wang panting heavily, looking fatigued and stressed. In separate footage, she said: “I want to condemn this behaviour, this is very dangerous and it’s illegal.”

“I don’t want this to happen again… as his parent, I hope the police can protect him,” she continued. “I hope those with ulterior motives will not disturb our child’s normal life again.” […] [Source]

China Change has translated a pseudonymous Weiquanwang article from an “individual […] understood to have strong information about the arrest of rights lawyers and the capture of Bao Zhuoxuan,” criticizing state media’s coverage of the 16-year-old point by point. After arguing that Bao attempted to leave China on his own will, afraid of authorities potentially using him as a hostage, the author asks why Wang Yu and Bao Longjun were allowed to talk to state media when they’ve been kept from their lawyers since being detained in July:

V. Why were his parents Wang Yu and Bao Longjun allowed to meet reporters but not their lawyers ?

Since their arrest on July 9, Wang Yu and Bao Longjun haven’t been able to see a lawyer, and CCTV and other official media now have carried these distorted reports about them. Some of the scenes look as though they were secretly recorded, then cleverly and carefully edited together, with pieces of dialogue and context missing. It’s hard to believe that what was shown on CCTV represents their true attitude and thoughts.

If even defense lawyers have not been able to visit them, why was official media allowed to do so? […] [Source]

The article continues to examine Bao Zhuoxuan’s documented desire to study abroad, and to question the state media claim that foreign agitators had smuggled the boy to Southeast Asia: “it seems that every time the authorities want to blacken someone’s name, they say there are ‘overseas organizations’ or ‘anti-China forces’ involved. The righteous act of individual citizens trying to help a young man attend the school of his choosing gets forcefully distorted into the work of some organization.” An editorial note from China Change notes that while Wang Yu was presented recently as a distraught mother, CCTV had earlier “vilified her in another distorted report.”

Among the first of more than 200 lawyers and activists detained in July, Wang Yu and Bao Longjun remain in detention in undisclosed locations. At her China Law and Policy blog, Elizabeth M. Lynch looks to a recent report from the Committee to Support Chinese Lawyers to show how the Chinese government is not just physically targeting rights lawyers, but actively shaping the law to limit their efficacy:

[…As] the Leitner Center and the Committee To Support Chinese Lawyers‘ new and seminal report Plight and Prospects: The Landscape for Cause Lawyers in China reveals, in some ways, these arrests and detentions are the least of the human rights lawyers’ worries. Instead, Plight and Prospects makes clear that over the past five years, the Chinese government has quietly and methodically used a more effective means to limit the space for cause lawyers: the law.

Although the Chinese government still relies on extra-judicial measures such as detentions, torture, constant surveillance when “free,” and pressures on families, employers and even landlords in an attempt to destroy the lawyer’s life, Plight and Prospects underscores that soon these extra-judicial methods will be unnecessary. Through amendments to the Lawyers Law (amended 2007), the Criminal Law (amended 2015), the Criminal Procedure Law (amended 2012), the National Security Law (passed 2015) and through the annual lawyer licensing procedure, the Chinese government can limit the ability of cause lawyers to practice and still pay lip service to “the rule of law.” […] [Source]