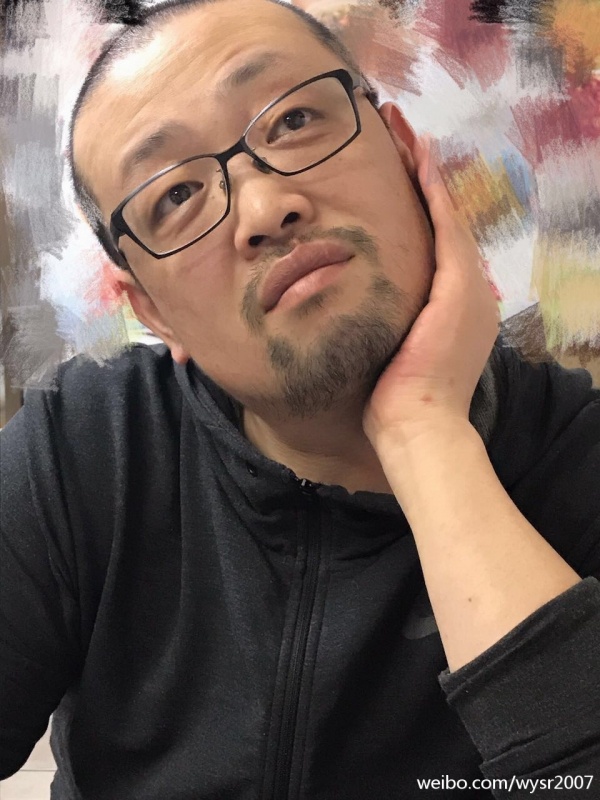 —Wuyue Sanren, “In Answer to the Southern Weekly“

Critic and author Yao Bo (姚博) goes by the pen name Wuyue Sanren, literally “Idler of the Five Sacred Mountains.” He is known for his biting commentary on a range of social and political issues. In 2008, Wuyue was nominated as one of Southern Metropolis Weekly’s 20 most influential internet personalities for his “shameless use of obscenity to vent his feelings.”

Wuyue started his professional life in journalism, and began writing political commentary in 2002. At one point he became a venture capitalist. He is now a freelance writer and the owner of a restaurant in Beijing’s Asian Games Village neighborhood, with side businesses selling antiques and other goods through several Taobao stores. Wuyue is the author of several books on Chinese social and cultural norms, exploring the concept of “face,” self-esteem, and the code of the outlaw as enshrined in martial arts novels.

Wuyue is given to provocative political opinions. He has not joined the Chinese Communist Party, though he once wrote a mock “application” to the CCP that waxed sardonic on the place of communism in the natural progress of civilization and the universe. In response to Xi Jinping’s fitting shoe argument for China’s development path, Wuyue replied, “Whoever buys the shoes has the last word. The common people pay taxes, so they have the right to say whether or not the shoe fits… The shoes themselves don’t have the qualifications to say whether they fit or not. Shoes that do aren’t shoes, they’re shackles.”

Any Big V has their fans and detractors, and Wuyue is not one to shy away from controversy. His commingling of promotions for his Taobao merchandise with regular commentary on social media has soured him to some followers. Still more were enraged by an October 2016 Weibo post on the romantic prospects for “old men” like the 40-something Wuyue himself:

But as a woman, you must know that the reason we like you isn’t because you’re idiotic to the point of childishness. In our minds, a woman’s qualities go in this order: intelligence, prudence, independence, a good figure, and beauty. If you only have the last two, you’re nothing but an expensive ornament. We’ll buy you, but nothing will come of our affair.

Why? It’s simple. If you and I aren’t intellectually and emotionally compatible, we won’t be able to get on together, right? […] [Chinese]

Read a selection of Wuyue Sanren’s essays at CDT Chinese.