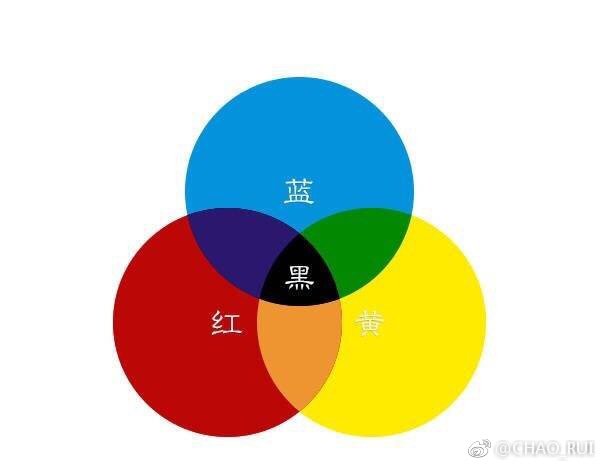 Chinese authorities announced a nationwide investigation into conditions at childcare facilities on Friday following public outcry at claims that children at a Beijing kindergarten were intimidated, drugged with pills and needles, forced to strip naked, or sexually abused. Rumors of military involvement—the school is adjacent to a base, and its director is married to a former military official—have further agitated the public. Shares in the kindergarten’s NASDAQ-listed operator, RYB, have dropped almost 40%. The news follows earlier cases of abuse in RYB kindergartens in Jilin and Beijing, as well as a more recent scandal at a Shanghai daycare run by the travel company Ctrip. Public outrage was already high over the Ctrip case, which was the subject of no fewer than four leaked directives obtained and published by CDT.

The Guardian’s Tom Philips described initial coverage of the RYB case, as well as its sudden suppression:

“For two days my daughter has been crying: ‘I’m not sick, so why give me shots?’” one mother told China Women’s News, a party-run newspaper.

Another parent claimed children had been told to take two white tablets each day after lunch, for reasons that are unclear.

“Disobedient students were also forced to stand naked or were locked up in a dark room at the kindergarten,” a third parent told the magazine Caixin.

“I am trembling with anger now,” a fourth parent was quoted as saying by the Beijing News on Thursday as relatives gathered outside the nursery to demand access to CCTV footage that might confirm the abuse.

[…] Strikingly, after two days of high-profile coverage in China’s party-controlled press there was virtually no mention of the scandal in Beijing’s main newspapers on Friday morning. That suggested propaganda officials – nervous about the potential for a political backlash from China’s middle-classes – had ordered newsrooms to dial back their reporting. [Source]

Foreign Policy’s James Palmer, formerly an editor at the state-owned Global Times, and NPR’s Rob Schmitz discussed the drop in coverage on Twitter:

like, imagine if Tianjin blast had happened in open society – there would have been months of it in top coverage and years of fallout. Contrast the Sewol disaster, which had a major impact on SK politics and thinking.

I generally agree, but I think incidents like this that victimize children (milk scandal, Wenzhou crash 2 y/o, Foshan's Yue Yue) have a greater potential of becoming bigger news events in China due to severity of public outrage involved.

What’s On Weibo’s Manya Koetse and Miranda Barnes described how parents’ accusations, including allegations of rape by a supposed doctor, gained momentum before information controls kicked in:

Several videos recorded by the parents involved made their ways to parental support groups. One video shows two parents asking their toddler son about a white pill they discovered on him. The little boy then answers “the teacher gave it to me to make me sleep.” He also says: “We have to take these pills every day.” The video was later taken offline.

[…] The accusations against the kindergarten made headlines in China on Wednesday and Thursday, but many news reports were pulled offline shortly afterward.

Discussions on social media are also censored. The hashtag “Beijing’s RYB Centre Suspected of Child Abuse’ (#北京红黄蓝涉嫌虐童#) became of the top ten topics on Weibo on Thursday afternoon, but then became inaccessible.

A Beijing Youth Daily journalist reported that on Thursday, November 23, a group of parents gathered at the gate of the kindergarten where a meeting would supposedly be held at the time of writing. Parents demanded to see the center’s surveillance videos, but according to reports that came out around 17.30 Beijing time, the police had already confiscated the footage. [Source]

What’s On Weibo also translated a now-deleted Wechat post addressing both the scandal itself and the censorship surrounding it:

Someone wrote an article on Douban [online platform], titled “Out Of All Child Abuse Cases, I Dread the One Where Parent’s Interviews are Deleted the Most.” In this article, the author writes:

“I would like to ask one question. Why would the videos of interviews with the victims’ parents be deleted, and why is it not allowed at all to discuss this matter on Zhihu [online discussion forum]? (…)“

[…] Yesterday when I first started to see the articles on WeChat, some readers asked me to write [about this]. (..) This morning, I read a lot of media reports, including those from The Paper, Xinhua News, and other big media, and it made me really depressed. So I’ll write this for you:

“Dear readers, I really cannot write about the RYB Education kindergarten. First, there was Shanghai, now there’s Beijing. There are the persons in charge, and the headmaster, there are kindergarten teachers, (..), and now something even bigger has been exposed. The patterns of child abuse keep changing, and if we haven’t reached rock bottom then we’ll fall through the earth straight into hell.

However, these unsophistication expressions and crude emotions were deleted within a second. I rewrote them from my memory. I re-wrote it three times in a row, and it was deleted three times in a row. Now, I cry as I watch the ending of the interview videos, and I also finish writing this article. As for the fate of this article, there’s no way of knowing. [Source]

Rappers are typically quick to form a cultural response to current events — “They are never absent,” says a post by WeChat account Xiaoqing Shushu (link in Chinese). The recent events at RYB are no exception. Kungfu-Pen (小胖) from longstanding Changsha rap crew C-Block released a track today referencing the RYB incident called “Beat Uncles (打叔叔)”, and another rapper called HRBELIAL (贝利) responded this morning with a track called “Tricolor (三原色)” (“RYB” in the school’s name stands for Red, Yellow Blue).

Both tracks have been removed from both Weibo and the NetEase Music streaming service, but they’re still up and streaming on this WeChat post as of this writing (link in Chinese). Here are some select quotes from each:

Cheap lines, covered facts. Hard to imagine, the principal’s speech under the national flag. A man must be ruthless, but even a ruthless tiger will never eat his son. How can you be so shameless as the kids’ second parents?

If this is happening at 5,000 yuan a month kindergartens, what's going on in the orphanages

Something does seem different with this scandal. Rarely seen Chinese military in such swift response to a 'civilian incident.' — Pol. Commissar of elite Beijing army unit admits kindergarten head is spouse of 'decommissioned officer' but denies any other military links. pic.twitter.com/uU5P3glael

How Chinese politics works: A month after the 19th Party Congress, the PLA feels obliged to come forward and deny that its officers were members of a rumored predatory sex-ring in a Beijing kindergarten: https://t.co/LzHcGitKPs

Without making any judgments about the truth of the alleged abuses in a Beijing kindergarten, if they'd happened in the countryside then (a) we may never have heard of them, (b) parents would probably be shut up, and (c) many parents would away working and unable to speak out.

"The country is our family." One of the ads promoting China's "core socialist values." The party's claim that its a paternal protector of all perhaps helps explain the wounded public fury to the allegations of abuse in a kindergarten. pic.twitter.com/MYAjK95IS6