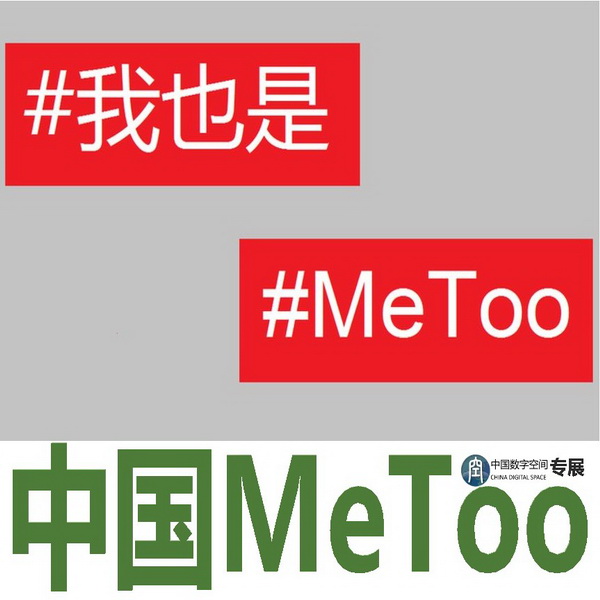 As previously noted, the efforts of Chinese women to raise awareness of and fight against sexual harassment and assault faced dim prospects for success due to cultural and political barriers. Attempts by journalist Sophia Huang Xueqin to publicize her 2012 assault by a senior colleague brought her a torrent of online attacks, and she met with difficulty finding an outlet willing to publish her story. While “#我也是#,” the Chinese equivalent of #MeToo, continues to be searchable on Weibo, a dearth of search results suggest that some usage of the hashtag is being censored. At The Washington Post, Simon Denyer and Amber Ziye Wang report on Huang’s struggle and her invite to other women to follow suit, and also quotes experts on the barriers keeping China’s #我也是# from gaining momentum:

China’s #MeToo moment still hasn’t arrived, suppressed by a patriarchal culture and a male-dominated one-party state that obsessively protects those in power.

“There is still a belief in China, deeply ingrained in traditional culture, that it is a virtue of women to be submissive to the wishes of others,” said women’s rights activist Ye Haiyan, whose own struggle to bring to justice a school principal for molesting six schoolgirls in 2013 — and the persecution she faced from the government and police for doing so — was recorded in the documentary “Hooligan Sparrow.”

Powerful perpetrators are habitually protected by the Chinese state, Ye said, while women’s rights groups are treated with suspicion by the Communist Party, branded as agents of foreign interference.

“As long as the Communist Party remains in power, it’s arguable China will never be ready for a #MeToo movement,” said Leta Hong Fincher, author of the forthcoming book “Betraying Big Brother: The Feminist Awakening in China.”

[…] “There’s no press freedom in China, and there’s no rule of law, so it’s extremely difficult for victims of sexual harassment to find justice of any kind,” Fincher said. “What incentive would they have to come out?”

At the BBC, Gwyneth Ho and Grace Tsoi report on several of the women who did answer the call despite the cultural and political pressure, some of whom cite the success that the English-language #MeToo movement has had in bringing justice against powerful American media and political figures:

Luo Xixi, an academic with a PhD from the prestigious Beihang University in Beijing, said she was sexually harassed by one of her professors when she was studying there 12 years ago.

She recounted her experience on Weibo, the Chinese equivalent of Twitter, and said she was still haunted by the experience. Her post gained more than three million views within a day, triggering a heated debate online about sexual harassment.

Shortly afterwards, Beihang University announced that the professor in question had been suspended from his duties, and that an investigation was under way. The professor has denied the allegations.

Ms Luo, who now lives in the US, told the BBC that the #MeToo movement had given her “a lot of courage”. […] [Source]

Human Rights Watch’s Sophie Richardson outlines Luo’s success at rallying for her attacker’s firing from Beijing University and the hope that it brought many in China, concluding that China’s #MeToo moment won’t arrive until the widespread fear of reporting incidents of assault has dissipated:

After the university’s swift action, many Chinese asked, “Is #MeToo finally coming to China?”

But past events serve as a cautionary tale – at least on China’s university campuses. In the past four years, 13 incidents prompted universities to pledge to investigate allegations of sexual harassment by professors, according to the NGOCN, an online information platform for Chinese nongovernmental organizations. But not all those universities provided further information, and those that did only imposed light punishments, such as suspensions. In 2014, Xiamen University merely suspended history professor Wu Chunming from teaching after a group of female students accused him of coercing them into having sex with him. One year later, Wu was chosen to be a founding member of a prominent archaeologists’ group.

[…]Chinese universities will come in line with the #MeToo movement when they promptly, thoroughly, and impartially investigate sexual harassment allegations, when they appropriately define and hold people accountable for sexual harassment, and when students have confidence to report what happened to them. [Source]

The Guardian’s Tom Phillips notes both the dangers in challenging powerful figures in China, and the continued determination of Chinese #我也是# protesters:

“Some women have come out … [but] what’s really striking is how few,” says Leta Hong Fincher, an expert in China’s feminist movement, who argues Communist party censorship is the culprit.

Hong Fincher believes the party’s almost entirely male leadership feels “spooked” by the idea that members of a supposedly “untouchable” male elite could be toppled by a similar campaign here.

Also inspired by the United States’ “Silence Breakers”, Zheng Xi, a student from Hangzhou, recently launched a public anti-sexual harassment campaign. “I thought those actors were so brave,” she said.

[…] Challenging the party is a risky business. Since Xi Jinping became leader in 2012, a severe human rights crackdown has unfolded, landing even moderate activists in jail. In 2015 five leading feminists were detained after plotting to distribute stickers about sexual harassment on public transport.

Even so, members of China’s nascent #MeToo movement said they would continue to protest. “If people like me don’t break the silence, how can you expect others to?” said Huang. [Source]

At the Hollywood Reporter, Jing Zhang notes that barriers such as victim-shaming and censorship are also limiting the #我也是# movement’s traction in China’s entertainment sector:

Now the Chinese entertainment sector — the second largest in the world — is beginning to grapple with its own sexual harassment problems. But while age-old attitudes toward gender politics are definitely changing in the Middle Kingdom, insiders tell THR that significant cultural barriers — victim shaming, a lack of legal recourse and an all-but-nonexistent free press — will make progress difficult.

[…] “Women in the Hong Kong film industry experience sexual misconduct and assault,” University of Hong Kong assistant professor Sylvia J. Martin tells THR. Author of Haunted: An Ethnography of the Hollywood and Hong Kong Media Industries, Martin argues that institutional sexism and gender power imbalances exist in both industries, but are being effectively combated in Hollywood thanks to more activism and institutional structures to fight them. The historical legacy of Chinese concubine culture — essentially the social acceptance of mistresses and marital infidelity that reinforces an age-old power dynamic between men and women —  also seems to exert a normalizing effect on sexually predatory behavior within the entertainment sector.

“The worry about retaliation in coming forward about sexual harassment in China would be tremendous,” Martin says. “There is a sense, especially among older generations, that women who work in film should not be surprised by harassment — an attitude of ‘what did you expect?'”

Martin adds that historically, unlike in the U.S., China doesn’t have a strong women’s movement to provide a foundation for victims of harassment who want to speak out. […] [Source]