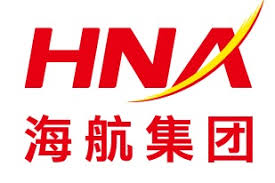 After going on a major overseas spending spree in recent years, China’s HNA Group is now facing a debt crisis as lingering questions over its ownership structure have complicated its foreign deals. HNA started as Hainan Airlines but grew into a major conglomerate that includes interests in real estate, tourism, finance, and other industries. The company is currently the largest shareholder in Deutsche-Bank and the largest overseas investor in U.S. companies, with a wide range of real estate investments across the country. Bloomberg gives a rundown of the current problems the company is facing:

HNA is facing mounting financial pressure after the group spent tens of billions dollars on a debt-fueled acquisition spree. HNA’s debts surged last year as financing costs more than doubled, according to the group’s latest half-year financial report. Since then, investor concerns about the conglomerate’s finances have increased, driving its borrowing costs higher.

The company is already grappling with soaring borrowing costs that are pushing up its debt refinancing bills just as bond maturities are set to jump later this year. Among the declines, an HNA bond slid to a record low of 94 yuan, a security of HNA’s Hainan Airlines Holding Co. fell to its lowest ever at 91 yuan, and a note from HNA Capital Group dropped to a four-year low of 100 yuan.” [Source]

In a desperate bid for cash, HNA has recently tried to raise funds from its employees in the form of high interest loans, and is planning to sell off $16 billion in assets, including a building in Sydney it has sold to Blackstone Group for $161 million. From a separate Bloomberg report:

HNA Group Co., the indebted Chinese aviation-to-hotels conglomerate, told creditors it will seek to sell about 100 billion yuan ($16 billion) in assets in the first half of the year to repay debts and stave off a liquidity crunch, according to people familiar with the matter, who asked not to be identified because the discussions were private. Under the proposal, about 80 percent of that would be executed in the second quarter, according to the people.

The move is the latest in a steady drumbeat of news signaling the urgency of HNA’s liquidity situation. It also shows how after spending tens of billions of dollars gobbling up large stakes in everything from Deutsche Bank AG to Hilton Worldwide Holdings Inc., the company that once symbolized the country’s seemingly insatiable appetite for overseas assets is reversing course as China clamps down on what it describes as “irrational” investments. [Source]

In a report on the Sydney sale, Kane Wu and Matthew Miller at Reuters point to the role HNA’s opaque ownership structure, among other problems, played in the firm’s current crisis:

Amid increased scrutiny of its opaque ownership and use of leverage, HNA has over the past few months focused on scaling-back its offshore real estate investments, which Beijing has targeted with capital controls.

Group CEO Adam Tan said in November the company would not invest in areas that were not backed by the central government.

HNA Investment Group Co announced this week that it had terminated its plan to create a real estate investment trust in Singapore. [Source]

The South China Morning Post reported that Chinese media has been warned against reporting on HNA’s debt and finance problems.

In the U.S.,  the Committee on Foreign Investment in the United States (CFIUS) has said it will not approve any further U.S. investment by HNA until the conglomerate provides sufficient information about its ownership. HNA is seeking to invest in two U.S.-based companies, U.S. hedge fund SkyBridge Capital LLC, founded by former White House Communications Director Anthony Scaramucci, and Swiss trader and miner Glencore. Koh Gui Qing and Greg Roumeliotis report for Reuters:

CFIUS’ deliberations are usually shrouded in secrecy but a recent lawsuit showed some of the back and forth between the committee and companies involved in the process.

U.S. software engineering company Ness Technologies S.A.R.L., which had agreed to be bought by HNA for $325 million, sued HNA in December for allegedly failing to answer questions about its ownership in a CFIUS review. The deal fell apart when HNA did not get U.S. approval.

Ness said in the lawsuit that HNA and its unit had “covertly worked to evade and frustrate” CFIUS’s review of the investment by “discussing, planning, orchestrating and implementing various schemes to disguise the true nature of their organizations, corporate structures and ownership.”

The U.S. technology firm said CFIUS could not even begin its formal review of the deal because it had “material questions about the completeness and accuracy of the information provided by HNA.”

HNA has said the lawsuit is baseless. [Source]

The mystery over HNA ownership deepened when it was discovered that 29% of the company’s shares, equivalent to $18 billion, which were controlled by a man named Guan Jun, had been donated to launch a New York-based charity, Hainan Cihang Charity Foundation Inc. Little is known about the background of Mr. Guan, how he came to control so much of HNA’s shares, or the work of the charity.  In November, Cihang announced that it would appoint former German Vice Chancellor Philipp Roesler as its chief executive officer.  Eyk Henning reported at the time for Bloomberg:

Still, little is known about the foundation such as its level of assets. Despite owning almost 30 percent of HNA, the charity has said it couldn’t set a value on those shares and doesn’t plan to solicit funds. The organization also said in September that it had not decided whether to seek federal tax-exempt status in the U.S. [Source]

In a report looking at the recent troubles confronting HNA, Lucy Hornby of the Financial Times notes that questions over HNA’s ownership were partially brought to light by billionaire Guo Wengui, who has links to China’s state security and has made a series of allegations linking HNA to  relatives of Wang Qishan, the former powerful anti-corruption czar who was until recently a member of the Politburo Standing Committee. Hornby writes:

A self-exiled businessman, Guo Wengui emerged as an unlikely internet star when he railed against Mr Wang and alleged ties between the politician’s in-laws and HNA. Mr Wang has never commented on the claim. In the summer regulators ordered credit checks on HNA and three other well-connected conglomerates with extensive overseas investments which had often raised money via China’s shadow financing market. Mr Wang retired from his seat on the elite Politburo Standing Committee in October. The questions raised by Mr Guo, however, continue to haunt HNA by turning a spotlight on the ownership of the group. [Source]

In a series of YouTube videos broadcast from his apartment in New York, Guo has alleged that Wang Qishan is a secret shareholder of HNA, and that he also holds power over other major HNA shareholders. In an October 2017 video, Guo claimed that Wang and his wife Yao Mingshan hold substantial assets in the U.S. along with several other known and secret relatives, who collectively comprise “one family, a common interest group.” Guo also claimed that Guan Jun is the illegitimate child of Wang Qishan, a charge that Guan has reportedly denied. In the October video, Guo claimed that the Cihang charity was established as a mechanism for Wang Qishan and his secret family members to launder and transfer money abroad, and evade taxation. (Guo also claimed in the video that his previous allegations about HNA were what forced Guan Jun’s donation to Cihang.)

To support his claims linking Wang and HNA, Guo showed what he said is part of a collection of 800 classified flight records from HNA which suggest that Wang Qishan’s family members, including Yao Mingshan, were regular passengers on the same private flights with top HNA officials starting in 2009, on flights that cost up to $450,000. The flight records appear to include detailed information about the destination and duration of the flights, passengers’ names and identifying information such as date of birth and passport numbers, and cost. Guo says he had access to the flight records which were part of a secret official investigation into Wang. According to Guo, the investigation was botched when security officials “foolishly” alerted Wang to the inquiry. Guo’s claims have so far proven impossible to verify.

Wang Qishan retired from the powerful Politburo Standing Committee at the 19th Party Congress in October, but he has recently been appointed as a delegate to the National People’s Congress, leading to speculation that Xi may appoint him Vice President at the annual parliamentary meetings which will likely be held in March.