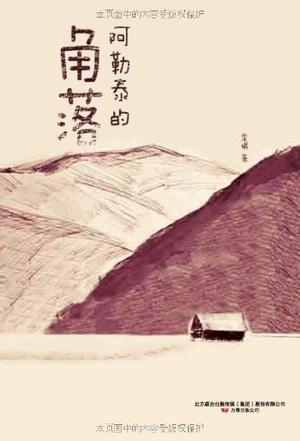 Last month on her QQ Kuaibao account, writer Li Juan shared her memory of a tense experience attempting to send a lengthy manuscript to her publisher from Xinjiang amid the nearly year-long internet blackout and security crackdown that followed the 2009 Ürümqi riots. In her account, she recalls taking a significant risk to complete a very benign professional task that could have left her a convicted criminal. CDT has translated the post, which remains online, in full:

Remembering an Affair From Eight Years Ago

That year the internet was cut-off, cut-off for the entire year. If you wanted to go online you had to take a train to Gansu, the nearest province to us, about 1,500 kilometers from Altay.

Used to the internet hubbub, everyone suddenly had no way to go on, had nothing to do, life had become unprecedentedly quiet.

In the summer of that year, I wanted to send a manuscript to a publishing house. And I really wasn’t willing to copy over the 300,000 characters on the electronic manuscript by hand, so I put them on a USB drive to mail to the publisher.

But in those two years distribution wasn’t as developed as it is today, only the post office in the county seat could process outbound packages.

At that time, the situation at the post office was also one of control. Whether a paper publication or a disk, USB, or even a cell phone or camera with a memory card, it couldn’t be sent out. The staff at the post office told me, if you want to send these things you first must go to the CCP county committee’s cultural inspection group to register it. Only once you get that certificate can you come to the post office to mail it.

But the manuscript in my hand couldn’t be delayed.  Desperate and daring, I decided to use some deception.

I took the USB drive and concealed it inside the pocket of some clothing, then bundled that clothing up in among other clothes, then took it to the post office to send.

But I had miscalculated, not expecting the employees to check so very rigorously—every article of clothing was taken out and shaken, and felt inside and out all the way through…  After they found proof of guilt, they gave me a lecture. I rolled away, dejected.

I was not resigned, and she again thought up a different method. This time, Auntie Juan copied the text onto a smaller SD card, and buried it in a kilogram bag of raisins. I put this bag of raisins, plus two other bags of almonds and dried apricots into a box, and proceeded to send it.

This time was still very strict. To my surprise the postal worker unsealed the bag of raisins and started rummaging through.

I stood nearby, looking on helplessly as his hand pushed the SD card to the edge of the clear plastic bag.

From my perspective, you could notice it at first glance…

I was scared stupid….

Since the previous time I’d already been warned, if I was caught this time, I’d become a habitual criminal. It was a deliberate violation of the law…. Wearing this label, it would be even more difficult to try to send it a third time.

No, even if I copied them by hand, such thick paper material was also considered contraband and wouldn’t be allowed to be sent.

Those dozen seconds of fearful apprehension I’ll never be able to forget.

Well, in the end I had a narrow escape.

That conscientious comrade responsibly felt around for a good long time, it was a pity that he didn’t think to take the bag and turn it for another look.

Then he sealed the package, and went on to feel the other two bags of dried fruit.

I waited until he had finished inspecting all three bags and once again sealed them inside a parcel, and only then could Auntie Juan breathe easy.

Then, the two books “The Corner of Altay” and “My Altay” were published without a further hitch. [Chinese]

Xinjiang is currently the frontline of a security and anti-terrorism crackdown that has been steadily intensifying since it was first launched in May of 2014. Earlier this year, authorities announced plans to continue the campaign at least another five years.