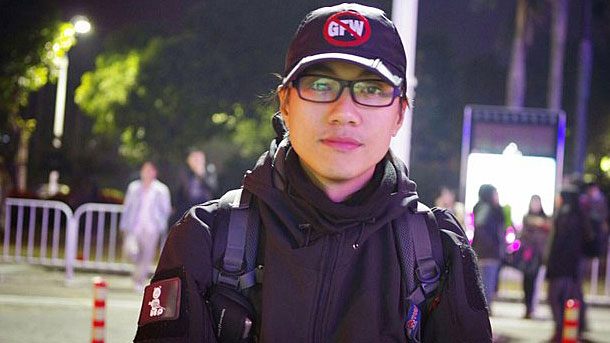 In September of last year, police in Zhuhai, Guangdong, detained rights activist Zhen Jianghua from his home under accusations of “inciting subversion of state power,” and later put him under “residential surveillance at a designated location,” a form of detention allowing authorities to hold individuals for up to six months with no access to family or legal counsel. On March 30, 2018, Zhen, who is the executive director of Human Rights Campaign in China (权利运动) and the founder of the ATGFW.org anti-censorship website, was formally placed under arrest. Radio Free Asia’s Wen Yuqing reports on Zhen’s arrest, a colleague’s belief that he is innocent, and fear from his lawyer that authorities may be subjecting him to torture:

Zhen’s defense attorney Ren Quanniu said he hasn’t been allowed to meet with his client since he was hired by his family.

“Personally, I am extremely worried about Zhen Jianghua’s safety, because he has been cut off from the outside world, so we don’t know how things are going for him in detention,” Ren told RFA.

“We don’t know whether he is being subjected to torture or mistreatment; there are no guarantees that even his most basic human rights are protected,” he said.

[…] The formal arrest paves the way for the case to move to trial. But fellow Guangdong rights activist Huang Yongxiang said he believes that Zhen has committed no crime.

“His arrest papers show that they have detained him on suspicion of incitement to subvert state power, which is utterly groundless,” Huang said. “In other countries, they get to subvert their [governments] every three or four years, via an election.”

“We believe that Zhen Jianghua is innocent,” he said. [Source]

Human Rights Watch has issued a call for the unconditional and immediate release of Zhen Jianghua, outlining some of his recent work and authorities’ efforts to eliminate legitimate human rights monitoring in China:

“By formally arresting Zhen, Chinese authorities are demonstrating their intent to eradicate human rights monitoring in China,” said Sophie Richardson, China director at Human Rights Watch. “The case against Zhen is an attack on all rights reporting.”

[…] Zhen is a former computer programmer who has been involved in human rights activism since the mid-2000s. As a social worker, he assisted women who suffered domestic violence in Zhuhai and people with autism in Macau. He helped victims of human rights abuses use the internet to promote their cases and taught university students about methods of circumventing internet censorship.

After becoming executive director of Human Rights Campaign in China in 2015, Zhen focused on helping spread news about government crackdowns on human rights activists, and building a support network to advocate for their releases. During the “709 crackdown,” in which authorities rounded up hundreds of human rights lawyers and activists, Zhen mobilized support for the detained lawyers and activists and their families.  Over the past decade, authorities have harassed, intimidated, forcibly evicted, and briefly detained Zhen.

Since 2016, the Chinese government has tried to eliminate the country’s few independent human rights news platforms by jailing their founders and key members. In November 2016, authorities detained Liu Feiyue, founder of the Hubei-based grassroots rights monitoring organization Civil Rights and Livelihood Watch, or Minsheng Guancha (民生观察). Liu, charged with “inciting subversion of state power,” is awaiting trial. Huang Qi, a veteran activist and founder of the human rights website 64 Tianwang (64天网) has also been detained since November 2016 for “illegally leaking state secrets abroad.” Huang suffers from several health conditions including kidney disease and has been denied adequate medical care since his detention. […] [Source]

China Human Rights Defenders have similarly called for Zhen’s release, and for an end to the suppression of rights monitoring in China:

The Chinese government should immediately release activist Zhen Jianghua (甄江华), who had previously been a technical consultant helping to maintain the online platform Human Rights Campaign in China (HRCC). Zhuhai police have formally arrested him on suspicion of “inciting subversion of state power,” according to his lawyer, who received a phone call from police on March 30. Zhen’s arrest is another sign of the relentless suppression of civil society groups and free expression under President Xi Jinping. Now that term limits for the Chinese president have been eliminated through constitutional changes, Xi Jinping could stay in power indefinitely, making the suppression of human rights under his regime a matter of even greater concern. Individuals like Zhen, who have led or been closely tied to human rights groups, have been accused of “endangering national security,” and increasingly deprived of their rights to free expression, assembly, and association.

[…] Zhen’s arrest follows a pattern of suppression of HRDs affiliated with advocacy groups that monitor and report on human rights issues in China or try to assist activists and petitioners. Liu Feiyue (刘飞跃), the founder of “Civil Rights and Livelihood Watch,” faces imminent trial in Hubei following his indictment for “inciting subversion” in December 2017. In another case, authorities postponed the December 2017 trial of longtime activist Qin Yongmin (秦永敏), who was the head of “Human Rights Watch in China” (also known as the “Rose Team”) and is facing charges of “inciting subversion.” Jiangsu authorities criminally detained Qin’s colleague from the Rose Team, Xu Qin (徐秦), in February 2018, before disappearing her into RSDL the next month on suspicion of “inciting subversion.” Sichuan police detained Huang Qi (黄琦)of “64 Tianwang Human Rights Center” in November 2016. Authorities continue to investigate Huang on “leaking state secrets” charges and have not provided him proper treatment for serious health conditions. Two women who reported for “64 Tianwang,” Wang Jing (王晶) and Wang Shurong (王淑蓉), are serving lengthy prison sentences in relation for their rights advocacy work. [Source]

Read more about the detentions of citizen journalists Huang Qi and Liu Feiyue, via CDT. Others suffering reprisals for their rights monitoring work include strike tracker Lu Yuyu, who was sentenced to four years in prison last August, and Ding Lingjie, for whom the Committee to Protect Journalists has included as a postcard recipient in their global #FreeThePress campaign.

The International Federation of Journalists has also called on Zhuhai city mayor Yao Yisheng to investigate Zhen’s case and order his immediate release. In January, prior to his formal arrest, China Change published a lengthy profile of Zhen and his work:

Zhen Jianghua, 32 this year, is the key organizer behind an NGO known as Human Rights Campaign in China Service Center, or HRC China. It was formed in October 2008. Zhen took over it in October 2015, registering it in Hong Kong. His daily work involved aggregating and publishing updated news about human rights events in China, engaging with foreign media, and coordinating aid efforts — and sometimes protests — for human rights defenders who had been sent to prison.

The number of people in mainland China engaged in human rights relief work is vanishingly small — but even among this tight-knit group, Zhen Jianghua was one of an even smaller number who insisted on using his real name in the work. Openly engaging in these activities inside China brought Zhen an extraordinary array of difficulties in getting through daily life, and ended with the tragedy of prison.

[…] From the moment he made the choice to engage in this work, he cut himself off from nearly all his friends, gradually becoming an island unto himself. “There’s nowhere safe in China,” he said. “You never know who’ll sell you out.” For both his own safety and that of others, he also rarely interacted with anyone in the same, small, rights defense community in China. Thus, if he was ever brought in and interrogated, he could indeed simply say: “I don’t know.” […] [Source]