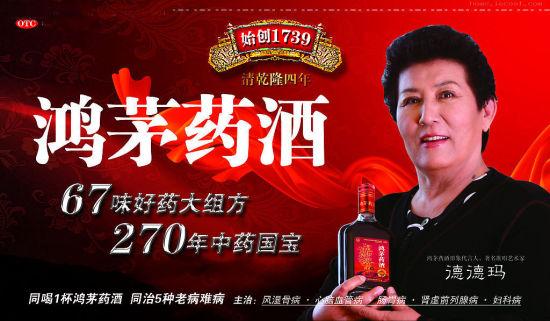 The targeted article has been removed from People’s Daily and other Chinese-language sites, but similar reports survive elsewhere.

Tan Qinhong, a physician in Guangzhou, was arrested in January and brought to Inner Mongolia, where he spent three months in prison after he criticized Hongmao liquor, a popular medicinal tonic whose company is based in the autonomous region. In an article titled, “China’s miracle liquor, ‘Hongmao Medical Tonic,’ a poison from heaven,” Tan criticized the tonic for being ineffective and potentially hazardous to the many elderly patients who take it. Since his release, he has reportedly received treatment for PTSD.

After Tan’s release in April, Chris Buckley and Karoline Kan of The New York Times reported on the popular support he received after his arrest:

He was released from a detention center this week after news of his arrest ignited a furor across China. Lawyers, doctors, even state-run news outlets have asked how the Hongmao Pharmaceutical Company, which has a record of exaggerated advertising claims, was able to persuade the police to arrest Dr. Tan for calling into question the benefits of its elixir.

[…] Almost overnight, he has become a public hero for challenging the company, which is the mainstay of the economy in Liangcheng County in Inner Mongolia, a region in northern China where it is based. Some seemed to allude to broader lessons about China’s tight restrictions on public debate and criticism.

“Freedom of speech and the right to exercise oversight are fundamental rights granted to citizens by the Constitution,” said an article on Thursday in Guangming Daily, a party-run newspaper. When it comes to food and medicine concerns, it added, “freedom of speech must receive particular protection.” [Source]

Upon his release, Tan has reportedly been admitted to a hospital and received treatment for PTSD and other mental health issues, which his wife said developed after he was interrogated. From Global Times’ English edition:

Tan was put into psychiatric care after being released on bail in April, his wife Liu Xuan told the Global Times on Tuesday, adding that the interrogation on Friday triggered the mental condition.

Liu said that police officers from Inner Mongolia Autonomous Region interrogated him during Tan’s 12-hour stay at a police station in Guangzhou.

After returning from the police station, Tan locked himself up in the bedroom Friday midnight before crying, soliloquizing, slapping himself in the face, and even banging his head against the wall, Liu Xuan posted late Monday on her WeChat account. [Source]

Lily Kuo at The Guardian reports that Hongmao dropped the case against Tan this week after he apologized for his criticism of the company:

Hongmao Pharmaceutical, the maker of the tonic, said in a statement on Thursday it is dropping its lawsuit against Tan. The doctor published an apology earlier on Thursday for “not thinking clearly” about the words he used in a December essay describing Hongmao’s tonic as “poison”.

“After research, our company decided to accept Tan’s apology. At the same time, our company withdraw the case from Liangcheng’s public security bureau, and withdraw the suit from People’s court in Liangcheng county,” Hongmao said, referring to the county in Inner Mongolia where the company is based.

In Tan’s December essay, which circulated widely on the social media platform WeChat, Tan cautioned that the curative abilities of Hongmao’s tonic’s were unclear at best and could actually harm those with diabetes or high blood pressure. [Source]