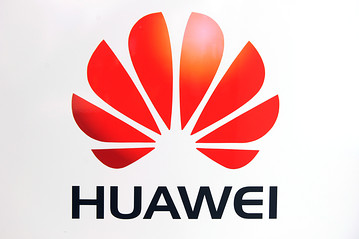 With the Cambridge Analytica scandal still fresh in the public consciousness, Facebook has again come under scrutiny–this time for failing to disclose data-sharing agreements it made with foreign phone manufacturers, among whom are the Chinese firms Huawei, Lenovo, Oppo, and TCL. The controversy has arisen over fears that these agreements put user data in the hands of third parties, potentially to be misused as it was by Cambridge Analytica. The New York Times’ Gabriel J.X. Dance, Nicholas Confessore, and Michael LaForgia explain:

Facebook officials said the company began forming device partnerships in 2007. The social network wanted to ensure that its services were available to Facebook users not only on desktop computers, but also anywhere else people used the internet: mobile phones, smart TVs, game consoles and other devices.

At the time, many phones could not run full-fledged Facebook apps. So Facebook allowed manufacturers to integrate elements of the social network — “like” buttons, photo sharing, friends lists — into their devices.

[…] Facebook has said in recent months that a Cambridge-like abuse could not have happened after 2015, when it imposed restrictions so users could choose which of their data their Facebook friends could share with third parties.

But The Times’s reporting shows that Facebook continued to allow that kind of access to dozens of the world’s biggest tech and hardware companies — and only began shutting down the data-sharing partnerships after the Cambridge Analytica scandal erupted in March. [Source]

As with Cambridge Analytica, even some minimal data from friends of friends could be taken by third parties (this time the phone manufacturers) without the users’ consent or knowledge. Huawei’s involvement has raised particular concern. As the world’s third-largest phone manufacturer, and the largest vendor of networking equipment, the tech behemoth has long been regarded with distrust from the U.S. for its close ties to the CCP. In 2012, it was flagged by the U.S. intelligence committee for posing a threat to national security. Florida Senator Marco Rubio, who was part of the 2012 committee, had this to say:

This could be a very big problem. If @Facebook granted Huawei special access to social data of Americans this might as well have given it directly to the government of #China https://t.co/5K86CDpjVE

Why didn’t @facebook just reveal this data sharing deal with #Huawei months ago? And don’t compare this to deals with other telecomms. S.Korea govt doesnt control or use @Samsung the way China controls & uses Huawei https://t.co/EEyIQfs6b7

The BBC provides more voices from both sides:

Senator Mark Warner, who sits on the US Senate Intelligence Committee, said news that Huawei was among the companies getting the privileged access to the Facebook data raised “legitimate concerns”.

On Tuesday, Facebook responded by saying it “along with many other US tech companies have worked with them [Huawei] and other Chinese manufacturers to integrate their services onto these phones”.

Francisco Varela, vice-president of mobile partnerships for Facebook, said the integrations with Huawei, Lenovo, OPPO and TCL were “controlled from the get go” and that “we approved the Facebook experiences these companies built”.

“Given the interest from Congress, we wanted to make clear that all the information from these integrations with Huawei was stored on the device, not on Huawei’s servers,” he added. [Source]

Wired Editor-in-Chief Nicholas Thompson argues that the data being stored locally on users’ phones means the significance of the story has been over-exaggerated, though he still criticizes Facebook for its lack of awareness over this issue:

Facebook is getting hammered over its relationship with Huawei. @nxthompson explain why he thinks the story is overcooked—what Facebook did is way less sinister than many people think—but also something the company should have anticipated being a problem. pic.twitter.com/A8CJiMD7iL

Earlier this year, the heads of the NSA, FBI, and CIA warned against using Huawei phones.

Also in 2007, Bain Capital, the U.S. networking company 3com, and Huawei proposed a multibillion-dollar deal, only to be scuppered by U.S. officials over security concerns. That is to say, this was a concern Facebook knew or should have known even back in the era when these deals were negotiated. [Source]

Regardless, Facebook has announced that it will end the Huawei partnership this week.

This news comes during a time of great distrust between the U.S. and China. Last month, the U.S. House of Representatives passed a bill banning the U.S. government from purchasing Chinese-made surveillance equipment. Huawei itself is under investigation from the U.S. Justice Department for violating the Iranian trade embargo. Chinese firm ZTE, also cited as a threat to U.S. national security in the 2012 report, was recently hit with a record $1.19 billion fine for being guilty of doing just this. ZTE has featured prominently as a bargaining chip in recent U.S. China trade talks, with President Donald Trump controversially offering to reduce additional sanctions placed on the firm in exchange for lifting tariffs on U.S. goods. A final deal with ZTE appeared to have been struck on Thursday, with the company paying a US$1 billion fine and granting greater access to American regulators in exchange for an end to the potentially fatal sanctions. The New York Times’ report noted criticism of the agreement, which may yet be blocked by legislators, and which Democrat senator Chuck Schumer said “proves the president just shoots blanks” despite promising tough action against China. Read more on the “whiplash”-inducing ZTE story from Samm Sacks at Lawfare late last month.