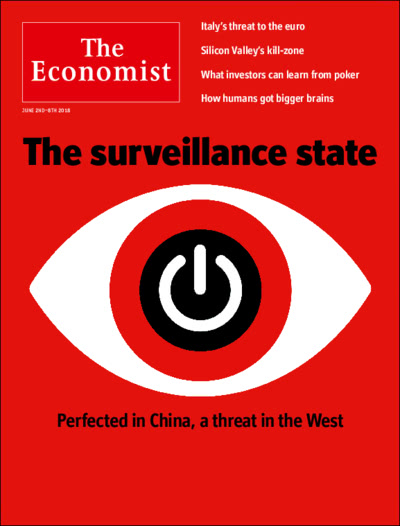 The development of increasingly advanced and pervasive surveillance in China, and especially in the western region of Xinjiang which has become a notorious testing ground for it, continues to attract academic and media attention. At Reuters this week, Pei Li and Cate Cadell reported on a Ministry of State Security-sponsored surveillance equipment fair in Beijing, which showcased technology such as drones, facial recognition systems, and devices for cracking data out of smartphones including iPhones running outdated OS versions.

Beijing-based Hisign Technology said its desktop and portable phone scanners can retrieve even deleted data from over 90 mobile applications on smart phones, including overseas platforms like Facebook and Twitter.

A big selling point of the technology, according to one policeman from the restive far western region of Xinjiang who was eyeing a Hisign scanner, was its claimed ability to get data from Apple Inc’s iOS operating system, used in products like the widely popular iPhone.

[…] A sales representative described a case last year in which Pwnzen cracked the phone of a suspect who was "subverting the government" to get data from his Facebook and Twitter accounts. The representative spoke on condition of anonymity.

[…] Zhao Jianqiang, an R&D manager at Meiya Pico, said the firm’s tools used artificial intelligence to detect "terrorism-related or violent content" online and on smart phones. Zhao cited images of guns, and the crescent and star symbols often found on the flags of Muslim nations.

"It is impossible for people, especially the younger generations, to live without electronics," he told a roomful of police listening on at the Beijing event. Therefore, suspects trying to escape, "can never get away". [Source]

At ChinaFile, meanwhile, Shazeda Ahmed and Bertram Lang discuss ever-closer collaboration between the authorities and the private sector in online surveillance and control. Privacy is a greater priority for many Chinese than often believed, but these concerns have typically focused far more heavily on corporate data collection and handling than on government monitoring.

While the United States is reeling from the revelation that political consultancy Cambridge Analytica harvested data from over 87 million Facebook accounts, China’s biggest tech companies and regulators are confronting a wave of of their own customers’ concerns about digital privacy. Boundaries between the public and private sector are dissolving as Chinese tech platforms are increasingly required to march in lockstep with government imperatives, and as the state grows more reliant on tech companies to monitor and restrict citizens’ behavior on- and offline. Chinese tech users who believe that state regulators will rein in tech companies’ invasive data collection practices overlook how intertwined state and corporate interests are. Chinese citizens and consumers may be disappointed if they think the minor regulatory measures taken against tech companies are going to protect their privacy in the near future.

[…] As more citizens feel the tech giants have violated their privacy, it will be harder for Beijing to turn a blind eye to these complaints, especially if tech companies’ far-reaching data access helps determine user punishments and rewards. On the one hand, the government is trying to engineer trust in data-intensive rating systems, and scandals surrounding privately collected data raise the risk of a public backlash against data mining writ large. On the other hand, a growing lack of trust in profit-obsessed technology companies coupled with both low awareness of and transparency around how private companies’ data is shared with and used by government platforms could bolster the government’s ability to crack down on private data miners. Ultimately, the ubiquitous tools these companies create are becoming a form of infrastructure that functions as regulation: the design of these products determines what users can and cannot do. As one Zhihu critic wryly noted in response to the question, “Can Sesame Credit Be Obstructed by Government Policies?”: “If these scores are able to tell the government which people are political activists, I don’t think the government wouldn’t support them.” [Source]

Ahmed and Lang were two co-authors of a MERICS report on social credit published last December. See more on the often misunderstood topic from the University of Leiden’s Rogier Creemers, and from Yale and China Law Translate’s Jeremy Daum, via CDT. Daum explained the system to Business Daily on the BBC’s World Service last week, describing it as "the information equivalent of the ubiquitous surveillance that are all over" Beijing.

Daum and other observers have repeatedly warned against viewing the dangers of social credit "as uniquely Chinese — […] as a wacky dystopian daydream from a faraway land," and against complacency regarding related issues elsewhere. In a leader article and on this week’s cover, The Economist argues that China’s surveillance experiments highlight broader risks in developing markets and in the West:

Under an authoritarian government such as China’s, digital monitoring is turning a nasty police state into a terrifying, all-knowing one. Especially in the western region of Xinjiang, China is applying artificial intelligence (AI) and mass surveillance to create a 21st-century panopticon and impose total control over millions of Uighurs, a Turkic-language Muslim minority (see Briefing). In Western democracies, police and intelligence agencies are using the same surveillance tools to solve and deter crimes and prevent terrorism (see Technology Quarterly). The results are effective, yet deeply worrying.

[…] Xinjiang is the nightmarish extreme that the new technology makes possible: a racist police state. Fearing insurrection and separatism, China’s rulers have reinforced techniques of totalitarian control—including the mass detention of Uighurs for re-education—with digital technology. In parts of the province streets have poles bristling with CCTV cameras every 100-200 metres. They record each passing driver’s face and the car’s numberplate. Uighurs’ mobile phones must run government-issued spyware. The data associated with their ID cards include not just name, sex and occupation, but can contain relatives’ details, fingerprints, blood type, DNA information, detention record and “reliability status”. All this and more is fed into the Integrated Joint Operations Platform (IJOP), an AI-powered system, to generate lists of suspects for detention.

Totalitarianism on Xinjiang’s scale may be hard to replicate, even across most of China. Repressing an easily identified minority is easier than ensuring absolute control over entire populations. But elements of China’s model of surveillance will surely inspire other autocracies—from Russia to Rwanda to Turkey—to which the necessary hardware will happily be sold [and in some cases has been already]. Liberal states have an obligation to expose and chastise this export of oppression, however limited their tools of suasion.