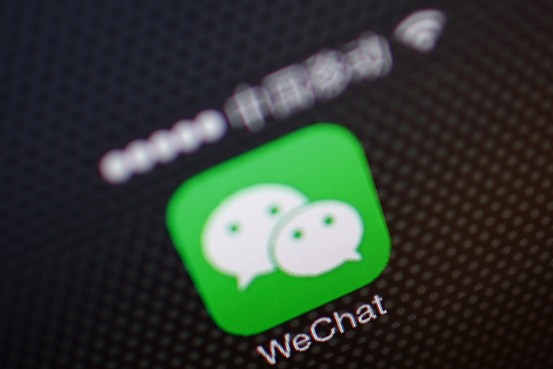 Although its internet penetration rate is just 55%, China has three times as many smartphone users, and eleven times as many mobile payment users as the United States. It is almost guaranteed that on each of these 717 million smartphone users’ phones is an app owned or created by the big three internet behemoths of China: Baidu, Alibaba, and Tencent (BAT). Recently, the CCP’s omnipresent control of internet life and reports highlighting apps’ security issues have raised Chinese users’ concerns over their privacy. The problem: with BAT’s dominance of cyberspace, it is becoming too inconvenient for users to divest away from their apps and services. Writing on the new China Internet Report 2018 from Abacus, 500, and South China Morning Post, SCMP’s Iris Deng details BAT’s scale:

[BAT] have grown so large, with combined revenues of 550 billion yuan (US$87.3 billion), that they dominate nearly every aspect of the Chinese internet, with core businesses ranging from web search and social media to e-commerce and entertainment.

[…] At the same time, the big three have had their hands in various industries through investments in key players. Among all of China’s 124 unicorns – private companies with a valuation of US$1 billion or above – 50.8 per cent are controlled or backed by BAT, according to a February report by information service provider ITJUZI. The triumvirate is also looking beyond China for investment opportunities with a total of 150 companies outside of China receiving money from BAT, the China Internet Report noted. [Source]

Tencent’s messaging-cum-superapp WeChat boasts over one billion monthly users worldwide, with users on average spending 107 minutes per day on it. A video from Sixth Tone neatly summarizes WeChat and users’ issues with it:

China’s new cybersecurity law, which came into effect a year ago, requires tech companies to store internet logs of when and where users accessed their servers for at least six months, to aid law enforcement. Experts say “internet logs” don’t include the contents of the messages themselves, but that didn’t prevent an outcry in January when the chairman of Chinese car giant Geely said Tencent founder Pony Ma “must be watching our messages on WeChat every single day.” Tencent, meanwhile, has denied that it stores or analyzes users’ conversations on the platform, although its privacy policy notes that it may share users’ personal information if requested by the authorities.

[…] In March, search giant Baidu’s CEO Robin Li sparked public anger with his comments that Chinese people are often willing to trade their privacy for convenience, safety, and efficiency. [Source]

This fear of user data storage was lent weight in April, when it was reported that deleted WeChat messages could be recovered, as the South China Morning Posts’s Jun Mai writes:

[T]he party graft-buster in southeastern Hefei, Anhui province announced in a social media post that the branch in a neighbouring city had obtained deleted chats from a suspect.

“The Chaohu Municipal Discipline Inspection and Supervision Commission in March retrieved a series of deleted WeChat conversations from a suspect,” the post said.

[…] The claim had many Chinese talking about privacy on social media. “Oh, I finally understand why the US bans mobile phones that are made in China,” one person wrote on Weibo, China’s Twitter. “Does this mean I’ll have to smash my phone if I want to entirely delete [my chat history]?” another user said. [Source]

This week, an unusual smartphone camera design revealed the many instances when apps would secretly attempt to eavesdrop and watch users’ activity. Global Voices’ Lam Oiwan has more:

Different from most mobile phones, where a camera can be activated without giving the user any signal, the Vivo NEX has a tiny retractable camera that physically pops out from the top of the device when it is turned on.

[…] One Weibo user observed that the retractable camera self-activates whenever he opens a new chat on Telegram, a messaging application designed for secured and encrypted communication.

While Telegram reacted quickly to reports of the issue and fixed the camera bug, Chinese internet giant Tencent instead defended the feature, arguing that its QQ browser needs the camera activated to prepare for scanning QR codes and insisted that the camera would not take photos or audio recordings unless the user told it to do so.

This explanation was not reassuring for users, as it only revealed the degree to which the QQ browser could record users’ activities.

[…] In response to public concern about these backdoor features, Baidu and other Chinese internet giants may defend themselves simply by arguing that users have consented to having their cameras activated. But given the monopolistic nature of Chinese Internet giants in the country, do ordinary users have the power — or the choice — to say no? [Source]

As the internet expands its presence through all aspects of daily life, tech firms in China have increasingly found themselves subject to regulation and control by Beijing. The Wall Street Journal’s Wayne Ma and Alyssa Abkowitz this week write of Tencent founder Pony Ma’s close relationship with the CCP:

As government scrutiny has intensified, Tencent Chief Executive Ma Huateng, also known as Pony Ma, has stepped up to serve as its point man with regulators. While not a Communist Party member, the 46-year-old billionaire has been an active participant in China’s National People’s Congress, the party’s tightly controlled annual political meeting.

Mr. Ma and other executives are spending more time meeting government demands, according to people close to the company. Regulatory changes and other actions that could impact Tencent’s products and services come up frequently at board meetings, these people say.

“He’s an introvert, but he’s accepted what he needs to do,” one Tencent executive said of Mr. Ma’s lead role in dealing with high-ranking government officials. […]

“The company is showing they implicitly understand the agenda of the people who…regulate them,” said Richard Kramer, founder of Arete Research who has followed Tencent for years. [Source]

Users’ privacy concerns are not just limited to Tencent. Suspicions over Chinese firms’ treatment of data and links to the CCP are also not limited to the mainland; this March, WeChat was banned from Australian Defence Staff’s phones after the Department cited security concerns.