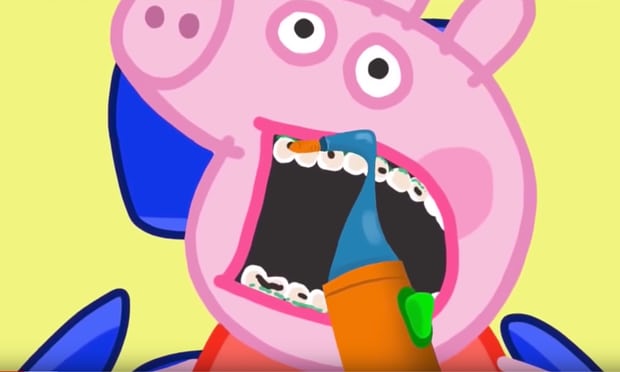 On Wednesday, The New York Times’ Raymond Zhong and Paul Mozur reported that, while China’s tech industry has so far defied predictions that tight political control would stifle innovation, "Xi Jinping’s tilt toward strongman rule could put all that to the test." One danger comes from increasingly assertive micromanagement of the industry, according to UCSD’s Tai Ming Cheung, who commented that "having the state define and pick winners and losers is not how long-term sustainable innovation really happens." On the other hand are the authorities’ political demands:

For China’s tech giants, working with Beijing has become more important for another reason: Mr. Xi has tightened China’s controls on the internet, and moved with remarkable force against companies that step out of line.

[…] As a result, tech potentates are trying harder than ever to keep the leadership happy.

Until recently, Tencent’s website said its cloud services helped the Communist Party “standardize and streamline party-building work.” But that page was removed after The New York Times asked Tencent about it. The original web address now points to a page that describes how Tencent can help local governments manage data.

[…] On the third floor of a gleaming Tencent high-rise in Shenzhen, the Communist Party makes its presence within the company literal.

A chart on the wall shows how many employees are party members (more than 8,000 this year). Another display lists the monthly schedule for employees’ party education. (This month’s offering: training sessions on “New Era, New Thought, New Journey.”)

Tencent’s mascot, a jaunty winking penguin, appears throughout with a hammer and sickle on its chest. [Source]

David Bandurski followed up on this passage at China Media Project with reference to the recent public apology by Bytedance CEO Zhang Yiming.

[… W]hat does the process of “party education” actually look like? In fact, we had a hint last week from China’s Economic Daily newspaper, which reported on a study session a one of China’s leading start-ups, Beijing Byte Dance Telecommunications Co. Ltd., which was harshly disciplined by authorities last month, its CEO issuing an abject apology.

Party secretary and editor-in-chief Zhang Fuping said that the General Secretary had established the bottom line all technology enterprises must follow when he said that “[we] must stay true to the main responsibility of the enterprise, absolutely not allowing the internet to become a platform for the transmission of harmful information and rumors.” As a technology company with a media nature (具有媒体属性), Bytedance must place [correct] guidance and holding of responsibility in the first position, upholding not just its main responsibility but also social reponsibility and moral responsibility.

Control and development have remained in tension in China throughout the four decades of the reform era. Today, in what we might call the post-reform “New Era” of Xi Jinping, control and innovation (the new buzzword for development) are equally if not more in tension.

The Party is gambling its future on the right balance of both. [Source]

On the control side, the Cyberspace Administration of China announced this week that 1,194 websites and 580,000 user accounts were closed in the first quarter of 2018. The CAC has issued a series of official reprimands to tech companies over what CMP’s translation deemed the "transmission of harmful information," spurring successive announcements of boosted content controls and recruitment of legions of paid or volunteer moderators. Some have gone so far in trying to stay ahead of official wishes that they have overreached. Weibo, for example, recently banned gay content together with violence and pornography, only to retreat in the face of public protest four days later. While some celebrated the U-turn, the Elephant Room newsletter cautioned that it simply demonstrated the lack of clarity surrounding China’s online controls: "What are the boundaries, and who gets to decide them? Weibo doesn’t know, other internet companies don’t know, users don’t know. And, at the end of the day, maybe even the top doesn’t know."

This week, another episode of corporate censorship flared up around the imported cartoon character Peppa Pig. Bytedance’s video clip platform and Douyin, or Tik Tok, removed some 30,000 videos in a crackdown on "the use of Peppa’s likeness for subversive purposes," according to The Financial Times. Numerous sources verified that searches for "Peppa Pig" on the platform returned no results. The target appeared to be unauthorized, sometimes adult-themed reworkings, rather than original episodes of the show itself, which remained available on sites such as Youku. Videos of this sort were also targeted by YouTube last year. In Douyin’s case, according to the FT, Peppa was listed in an internal corporate memo together with other targets, some more overtly political: "other banned material, including sexual content, men dressed in women’s clothing, satire of national leaders and government agencies, and even disrespect towards the renminbi, China’s currency."

One of my favorite Bilibili things is how bizarrely popular dialect-specific dubs of Peppa Pig are. Here's the one for Chongqing dialect:https://t.co/TjD7boYxWK

But in the midst of this boom, the state-owned Global Times explained in its report on the Douyin crackdown, Peppa became associated with and embraced by shehuiren 社会人: literally "society people" but idiomatically "gangsters," or "people who run counter to the mainstream value and are usually poorly educated with no stable job […] unruly slackers roaming around and the antithesis of the young generation the Party tries to cultivate."

The popularity of Peppa Pig in China shows a spirit of innovation, Chinese experts said, but it could also bring negative influence to the young generation if they overindulge in such a subculture.

In November 2017, reports of Chinese parents "complaining" that their children had become addicted to Peppa Pig caused widespread discussions. Parents said that their pre-school children began oinking and jumping into puddles after watching the cartoon [See more on these concerns here], which has traditionally been seen as good material for early childhood education, especially for those learning English.

[…] "All of my classmates draw Peppa Pig on their arms," an 18-year-old high school student in Beijing surnamed Zhang told the Global Times.

"Nobody knows why they do this," Zhang said. "I do not really care but I do it as well for fun."

[…] "If the subcultural thoughts and behaviors go out of control to the extreme, it could damage society," said Jiang Haisheng, chief of the Journalism and Communication Department under Shandong University of Political Science and Law. [Source]

Concerns about malign influence on the young have previously drawn regulators’ attention to the domestically produced Pleasant Goat series. Disney’s Winnie the Pooh has also been a target of censors, though for rather different reasons.

Regulators did order sites to scrub inappropriate content from child-oriented videos in January, leading Tencent Video to set up a dedicated team, suspend 121 accounts, and block some 4,000 keywords. The Douyin block did not clearly reflect a more recent or direct government mandate: rather, The Guardian’s Benjamin Haas noted that "while censorship has expanded under President Xi Jinping, Peppa’s demise on Douyin may be a simple case of an overcautious company," while The New York Times’ Amy Qin reported that "speculation was rife that Douyin’s decision to delete the videos was a case of pre-emptive self-censorship rather than a government-ordered ban." Nevertheless the BBC, Peppa’s original employer, reported that "Douyin’s removal of the popular cartoon from its platform is possibly just the start of a wider clampdown."

By Friday, however, after declining to comment for several days in the face of intense media interest, Douyin told China’s Daily Financial News that "the rumors online are false—we have not killed Peppa Pig." What’s On Weibo’s Manya Koetse commented: