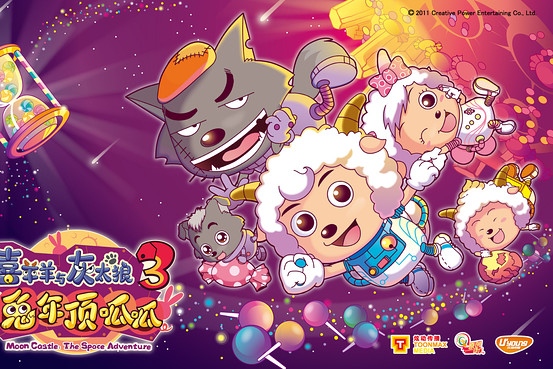 China’s State Administration of Press, Publication, Radio, Film and Television called out the popular cartoon, which made headlines earlier this year for episodes containing violent scenes, and the regulator said Saturday in a statement that it plans to outline new content standards for TV animation to address violent programming content.

[…] State Broadcaster China Central Television reported that the production company is “revising comprehensively” the show, an undertaking that local media reported could cost millions of yuan.

According to China’s official Xinhua news agency, under the proposal, cartoons should “promote good and lash out at evil,” “advocate social morality and family virtues, and resist “egoism, money worship, hedonism, superstition, pseudoscience and contents containing harmful thoughts and bad habits.” It also said cartoons should avoid violent scenes, including depictions of attacks that children could easily imitate, and should not use daily necessities for dangerous purposes. [Source]

“We focused too much on how to make the plots funny. But we have made some changes since the cartoon began broadcasting and we are making changes these days as requested by government organizations,” Liu told the Global Times.

He provided specifics by saying that they are willing to make improvements to both the dialogue and the plots, and said they may change phrasing from “smelly black bear” to “little bear” and change plot lines such as entering houses when the owners are not at home.

Violence is also at the center of the issue. After a tragic case in which two brothers, aged 5 and 8 years old, were tied to a tree and set on fire by a 9-year-old boy and were seriously burnt in a village near Lianyungang in Jiangsu Province in April, the victims’ father blamed Xiyangyang for the violence.

In a five-minute video presentation he submitted during a civil court case against the offender’s father and CPE in June, the plaintiff assembled clips from Series 1 to 170 – over 500 episodes – and claimed that in this period the wolf had been hit with a frying pan over 9,000 times and the goat had been boiled over 800 times. [Source]