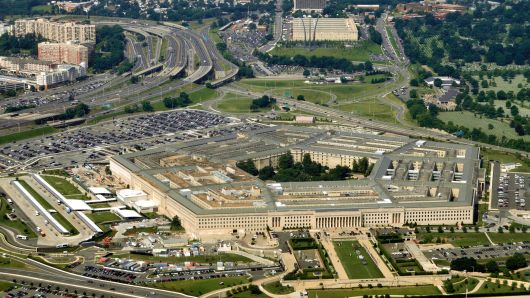 The Pentagon is poised to make a $330 million arms sale to Taiwan, which Beijing considers a renegade province that will be reunified with the mainland by force if necessary. If approved by Congress, this arms sale would follow a June 2017 sale of $1.4 billion worth of torpedoes, missiles, and early-warning radar support—a move that had effectively ended the honeymoon between Presidents Xi and Trump. China has again reacted with anger, and has asked the US to cancel the deal. Lawrence Chung and Liu Zhen at the South China Morning Post report:

Taiwan said the deal would help boost the self-ruled island’s defences, but Chinese foreign ministry spokesman Geng Shuang said Beijing had lodged stern representations with the US about the plan.

“We urge the US side … to immediately cancel this deal and cut off military ties with Taiwan to avoid doing serious damage to China-US relations, peace and stability in the Taiwan Strait and cooperation between US and China in important areas,” Geng told a regular press briefing on Tuesday, without elaborating.

The proposal will go before the US Congress and covers spare parts for F-16, C-130 and F-5 indigenous defence fighter jets, and other aircraft systems.

[…] “This proposed sale will contribute to the foreign policy and national security of the United States by helping to improve the security and defensive capability of the recipient, which has been and continues to be an important force for political stability, military balance and economic progress in the region,” the Pentagon’s Defence Security Cooperation Agency said in a statement. [Source]

Meanwhile, Beijing has already developed a fleet of J-16 advanced fighter jets, which analysts claim are designed to target Taiwan.

More on the recent and changing history of Taiwan-U.S. relations over the last few American administrations—and especially since Donald Trump’s presidency began—from David Reid at CNBC:

Under Presidents George W. Bush and Barack Obama, military deals with Taiwan had become less frequent as Washington attempted to improve its relationship with Beijing.

If approved by Congress, this latest sale would mark the second arms deal between Taiwan and the U.S. during the tenure of President Donald Trump.

[…] Relations between Trump and Xi are already under severe strain thanks to an ongoing trade war between the two countries.

On Tuesday, China released a paper that accused the U.S. of “trade bullyism practices.” The Trump administration levied tariffs on an additional $200 billion of Chinese goods on Monday, while Beijing retaliated by targeting roughly $60 billion worth of U.S. imports. [Source]

At Bloomberg, John Follain, Adela Lin, and Samson Ellis report that Taiwan has been putting more stock into the development of its domestic defense industry as Beijing has increased military exercises in the island’s vicinity while also making moves to economically and diplomatically isolate Taipei:

“We’re aiming to be as self-sufficient as we can in our defense capability,” [Anson] Liao [chairman of the government-backed Aerospace Industrial Development Corp.] ,said last month at his office in Taichung city, on the western coast opposite China, as air force jets flew noisily overhead practicing for an airshow. “Self-reliance shows we’re determined to defend ourselves. It helps keep the region stable and it’s in line with the interests of the U.S.”

[…] China cut off formal communication with Taiwan and stepped up military exercises in the area after the island elected President Tsai Ing-wen from the pro-independence party in 2016. While the U.S. government has recently moved to bolster the island’s defenses amid its trade war with China, conflicting signals from Trump have given Taiwan pause about being too dependent on foreign support.

[…] Tsai has increased Taiwanese military drills since taking office and in August she proposed raising the 2019 defense budget to NT$346 billion ($11.3 billion), or about 2.16 percent of gross domestic product. Besides the fighter jets, the government has contracted Taiwan’s CSBC Corporation to deliver its first indigenous diesel-electric submarine by 2024, after more than a decade of fruitless talks with the U.S. [Source]

Since the landslide election of pro-independence candidate Tsai Ing-wen as president of Taiwan in January 2016, Beijing has been steadily increasing its efforts to pressure the island. Months after Tsai’s win, China suspended communication with Taipei. Beijing has also increased its assertion of pressure on corporate entities to reinforce its claim to the de facto independent island nation, and also on Taiwan’s few remaining allies to sever diplomatic ties with the island. A recent post by the Lowy Institute Interpreter explores Taipei’s attempt to keep up with China in aid outflows  to the Pacific region to bolster remaining ties in the region, noting “should [Tsai’s] Democratic Progress Party lose seats [in local elections come November], Taiwanese support to the Pacific may be less forthcoming in years ahead.”

The accusations against Taiwan were first made on Saturday by the state broadcaster China Central Television, and at least six other news outlets followed with reports on Sunday and Monday. They included The Global Times, a nationalist tabloid owned by the Communist Party’s official newspaper.

The reports cited cases from as far back as 2011, and said that in addition to students, a hotel employee and a driver for a travel agency had been targeted to provide information.

“Aside from strengthening its internal control requirements,” the statement said, China “has also continually extended espionage activities beyond its borders.” [Source]