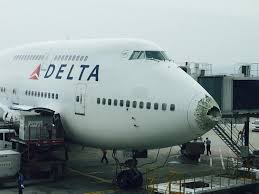 Four major U.S. airline companies were today expected to change their designation of Taiwan on their websites, bowing to Chinese pressure to refer to the territory as part of China. American, Delta, United, and Hawaiian Airlines sought the maximum time extension to make the changes, after the April 25 warning from the Chinese Civil Aviation Authority to 36 foreign carriers. Though the changes were dismissed by the White House on May 5 as “Orwellian nonsense,” other airlines including British Airways, Lufthansa, and Air Canada have already complied. The South China Morning Post has tracked what changes all major airlines have made to their websites so far. The SCMP’s Danny Lee has more:

Major US airlines appear to be making concessions towards China’s demand that they refer to Taiwan as part of China in their flight schedules, with American Airlines and Hawaiian Airlines making changes to their websites ahead of Beijing’s Wednesday deadline.

At least three unnamed sources told Reuters and Bloomberg that Delta and United Continental would also make changes, after coordination between the carriers and the US government.

[…] “We’re a business with significant international activities and we need to deal with regulations in all of those jurisdictions,” Peter Ingram, Hawaiian’s chief executive officer, told Reuters on Tuesday. “And obviously sometimes that can put us in challenging positions in one jurisdiction versus another.” [Source]

Looks like United has taken away “China” and “Taiwan”; only listing cities/airports pic.twitter.com/cvITf0xdwe

The April 25 letter also demanded changes to Hong Kong and Macau’s designations as destinations independent to mainland China, which is set to be the world’s largest air travel market by 2020. After Beijing refused Washington’s requests for dialogue, this issue has been described as “another grain of sand in the wound” following escalating trade sanctions between the two powers. Reuters’ David Shepardson and Michael Martina detail Beijing’s stance:

It was unclear how China might punish airlines that do not comply, but in December it added a clause to rules governing foreign airlines in the country, saying regulators could change a company’s permit if it did not meet “the demand of public interest”.

Taiwan is China’s most sensitive territorial issue. Beijing considers the democratic island a wayward province of “one China”. Hong Kong and Macau are former European colonies that are now part of China but run largely autonomously.

“We hope the U.S. government urges relevant companies to strictly abide by the ‘one China’ principle and make changes to their websites as soon as possible,” Geng said, adding that the deadline was fast approaching and everyone should “wait and see” what would happen. [Source]

The South China Morning Post provides a video summarizing the “One China” concept, and a history of China-Taiwan relations:

This year, China has increased in sensitivity towards perceived slights over its territorial claims. In April, the Man Booker prize was embroiled in similar controversy over a Taiwanese author’s nationality. Writing for CNN, Daniel Shane provides more examples:

Earlier this year, it [China] blocked Marriott websites and apps for a week in the country after the hotel company listed Tibet, Hong Kong, Macau and Taiwan as separate countries in emails and apps.

[…] Marriott issued a profuse public apology over the matter and conducted a full review of its Chinese website and apps.

China has orchestrated boycotts of foreign companies in the past. Last year, it squeezed the economy of South Korea, which had angered the Chinese government with the deployment of a US missile defense system.

The measures included an unofficial order to Chinese travel agencies to halt tour groups to South Korea. Within months, the number of Chinese tourists visiting the country had fallen by almost 50%, hurting South Korean operators of hotels, duty free stores and other travel businesses. [Source]

Observers say the Communist Party has effectively weaponized China’s growing consumer market to exploit the weaknesses of open market economies, where corporations answer to shareholders rather than an all-controlling one-party state. China is turning the issue of Taiwan’s sovereignty into a question of corporate sovereignty.

“There are significant risks for foreign companies down the line,” says Tiffany Ma, senior director at BowerGroupAsia, a Washington-based political consultancy.

That risk, she says, is that “expected compliance with Beijing’s wishes may not stop at how companies list Taiwan on their websites.” [Source]