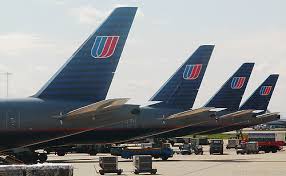 On April 25, a letter from the Chinese Civil Aviation Authority to 36 foreign airlines called for Hong Kong, Macau, and Taiwan to be reclassified as Chinese territories on the airlines’ websites and apps. Under threat of disciplinary action as a violation of Chinese law, the airlines will be subject to an evaluation system similar to China’s social credit system, according to an article by the Washington Post’s Josh Rogin, who obtained a copy of the letter:

The version of the letter I obtained was addressed to United Airlines and said the Chinese government found “there still exists violations of Chinese laws and contradictions to the one China policy of your government.” The Chinese government demanded United change its website so that “Taiwan shall be called ‘Chinese Taiwan’ or ‘Taiwan: province/region of China.’”

Taiwan must be included in any map of China on its website and United must use the same color on the website for mainland China, Taiwan, Hong Kong and Macau, the letter stated. Taiwan cannot be listed as a country alongside China. Taiwan destinations must not be classified as being in Southeast Asia but must be put in the same category as China on the website.

If United doesn’t comply by May 25, the Chinese government will invoke “Civil Aviation Industry Credit Management Trial Measures” and “make a record of your company’s serious dishonesty and take disciplinary actions against your company,” the letter states. The Civil Aviation Administration will also “transfer your company’s violation of Chinese laws to the National Cyber Information Office and other law enforcement agencies to take administrative penalties according to law.”

That reference to “Civil Industry Credit Management” is citing a trial regulation on credit scoring in the aviation industry, and the letter claims United’s labeling of Taiwan is equal to “serious dishonesty” under that regulation, said Samantha Hoffman, visiting fellow at the Mercator Institute for China Studies. [Source]

The White House dismissed the letter on May 5 as “Orwellian nonsense and part of a growing trend by the Chinese Communist Party to impose its political views on American citizens and private companies.” The press statement continued: “China’s internal Internet repression is world-famous. China’s efforts to export its censorship and political correctness to Americans and the rest of the free world will be resisted.”

The U.S. Embassy in China released a Chinese language version of the White House statement on Weibo, where it met with opposition from some Chinese internet users, and was later partially censored. From AFP:

The post inspired tens of thousands of comments, but instead of supportive messages it triggered patriotic posts on a platform that is closely watched and censored by the authorities.

Several commentators called for “an independent Hawaii” and an “independent Alaska”.

One angry commenter said “(if you) don’t want to do business, get out of here. Follow our laws if you want stay!”

Another said: “This has nothing to do with freedom of speech. It’s Chinese law.”

While the post has not been taken down, users who try to share it on their own accounts receive a message saying: “Sorry, this content is temporarily unavailable.” [Source]

US embassy's statement is illegal on Weibo now. pic.twitter.com/RqtrK4welT

Poor @HuXijin_huanqiu , right after he suggests Weibo should take this statement easy. Weibo censored it. pic.twitter.com/hSwO0OaVtV

Reposting is restricted. This video shows what happens after clicking on reposting button. You will get a prompt notice that you can't repost because the content is illegal.

Seems US Embassy in China is very active today on Weibo, in this post claiming Uyghur reporters faced retribution for their coverage on Chinese crackdown on ethnic minorities. Makes one wonder how long it would take censors to respond. pic.twitter.com/VfY7OWTITH

A friend reposted the US Embassy statement on Weibo and was notified it was deleted for violating relevant laws. However, the original US Embassy post is still there. pic.twitter.com/DvjoZrhfiH

Wow. Their weibo account posted a Chinese version of this statement, 11.7k reposts, and now reposting is forbidden by Sina Weibo.
https://t.co/Z6z7ZSzMiQ

Chinese official media shot back with a query about how Americans would feel if Chinese airlines made similar statements about their territorial integrity, to which there was an enthusiastic and sometimes humorous response:

Would the White House or average Americans feel okay if people in other countries start to describe Hawaii, Puerto Rico, Alaska or Texas as #independent countries, because there have long been independence movements there?

What if Chinese #airline companies list one of America's 50 states as a country? It is a must for foreign firms doing business in China to respect China’s #sovereignty and territorial integrity. https://t.co/QWQ8ntXc1g

Actually, which states did you have in mind? https://t.co/Tk2WeDPWDA

One of the 50 states over which Washington DC actually has control? https://t.co/55SCNar5ay

Dream scenario for the State of Minnesota. Seriously – they'd hold a parade. https://t.co/c2qBMYMrI0

Leave out California and you're going to hear about it. https://t.co/yKJjl9nlwE

Amazed to see this fire back by the Chinese gov. Journalists engaging in this “debate” are missing how extraordinarily weird both sides are handling this. Please resist the temptation to ridicule. Try explain it. https://t.co/CIvX8CezdW

1) Most lists are titled country/region anyway
2) Oh look, Guam and Puerto Rico are in there
3) Even if your claims on Taiwan were justified, these lists wouldn't contradict them. Stop being such a drama queen.

My guess is that the US Govt wouldn’t threaten legal action and penalties. Please help by directing observers to the relevant Chinese laws regarding websites outside Chinese jurisdiction and Taiwan.

Jeremy Daum at China Law Translate, who closely follows developments in China’s social credit system, commented on that aspect of the letter:

3/ Web transmission of maps in china with Taiwan in different color violates the survey law, map regulations, and so forth- with often harsh financial penalties. Bad laws predate social credit. SC essentially puts violations on your 'record' for enforcement measures

5/ It's unclear whether targeted airlines ever objected or learned of specific consequences. It's more clear that some capitulated quickly. The party thinks China's market is too big to miss, and that political and moral stands will fall to the side when profits are threatened…

In the Taiwan Sentinel, J. Michael Cole argued that the case could be taken up at the WTO for creating an unfair trade environment:

With such pressure on global firms expected to continue, and Taiwan relying on the moral fortitude of companies and governments alike, the time may have come for a more creative approach to countering Beijing’s revisionism — or indeed the “Orwellian nonsense” it seeks to impose on all of us.

Since this latest tactic touches on international trade, one area that is worthy of greater exploration by Taiwan and its allies is the World Trade Organization’s (WTO) Annex on Air Transport Services. Given that Beijing intends to punish airlines that fail to comply with its domestic laws over a highly dubious claim (“Taiwan as part of the People’s Republic of China”), and that such punitive measures would conceivably put those companies that fail to comply with the directive at a disadvantage vis-à-vis their competitors and Chinese carriers (e.g., fines, limits to market access and so on), the case could perhaps be made that such behavior constitutes a violation of WTO rules and the Annex, to which China is party.

[…] If enough carriers and states come together and challenge China at the WTO for using politics — or spurious claims to national security or integrity — to create an unfair trade environment that limits or undermines market access, it is possible that arbitration could force Beijing to put an end to all that silliness. This isn’t even about Taiwan, or even the recognition of its statehood and right to self-determination: this is simply an issue of preventing a government from putting undue pressure on carriers and creating an unfair environment for transporters that, for whatever reason, refuse to play along. [Source]

This pressure on foreign airlines further demonstrates Beijing’s harder stance on foreign firms under President Xi, threatening them to comply with Chinese cultural and legal standards if they want to maintain economic links to the world’s second largest economy, forecast to be the largest air travel market by 2020. A long list of foreign companies including car manufacturers, clothing retailers, and hotel groups have been on the receiving end of Beijing’s ire after failing to follow the Chinese narrative on Taiwan as well as Hong Kong, Macau, and Tibet. Beijing has reached out into the cultural sphere as well; the Man Booker Literary Prize was criticized after bending to Beijing’s will by changing the nationality of a Taiwanese author.

Though this kind of political pressure may be new to foreign firms, for Taiwan it’s business as usual: April saw China conduct live-fire drills in the Taiwan Strait for the first time since 2015, and Beijing’s continued efforts to isolate Taiwan diplomatically have paid off. Beijing has also worked to sway opinions among the youth of Taiwan, which is viewed by many as the “new Hong Kong” for democracy and freedom of speech, by incentivizing them to work on the mainland.

Like Taiwan, Hong Kong, and Macau, Tibet and its calls for autonomy raise a sovereignty issue which Beijing is active in silencing. Meeting with the Dalai Lama inevitably provokes a Chinese backlash–which French President Emmanuel Macron preemptively averted by stating he would avoid meeting with the Tibetan spiritual leader without prior consultation with Beijing. In 2017, University of California San Diego’s Chinese student body was mobilized by the CCP-linked Chinese Students and Scholars Association to protest the Dalai Lama being invited to conduct the commencement speech, in 2016 Lady Gaga’s music was banned in China after her meeting with him, and in 2014 Pope Francis refused to meet him altogether. Former US President Barack Obama was notable in his defiance, meeting the Dalai Lama four times.