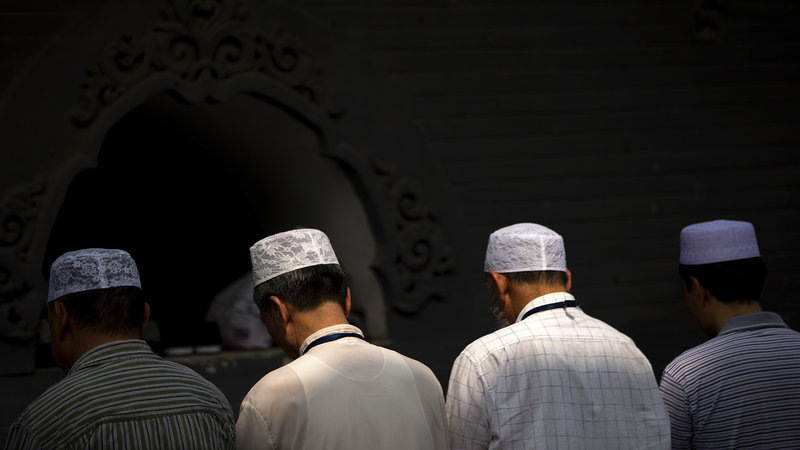 The Chinese government’s continued denial of the purpose of extralegal re-education camps that are reportedly holding up to one million Uyghurs and other Turkic Muslims in Xinjiang is now being met with increasingly strident criticism by governments from the U.S. to Europe to Asia. Much evidence exists to counter Beijing’s claims, including a growing number of personal testimonies of torture and mistreatment, a compendium of government procurement and construction bids, a cross-checked satellite imagery repository depicting the centers’ expansion, and new reports that at least 56 Uyghur lecturers and researchers from Xinjiang University are being detained.

Last week, in her first speech as U.N. High Commissioner for Human Rights, two-time former Chilean president Michelle Bachelet proposed that international monitors enter Xinjiang. Beijing then accused her of listening to “one-sided information”, and asked her “to scrupulously abide by the mission and principles of the U.N. charter, respect China’s sovereignty, and fairly and objectively carry out its duties.”

Since then, Senator Marco Rubio and Representative Chris Smith—who were also among the lawmakers calling for sanctions—proposed last week stronger export restrictions on equipment that could fuel China’s high-tech dystopian surveillance practices in Xinjiang. Christopher Bodeen at AP reports:

Sen. Marco Rubio and Rep. Chris Smith want foreign entities, including businesses, research institutions, government and private organizations, and individuals seen as profiting from the clampdown added to a watch list, the two Republicans, among the staunchest critics of China in the U.S. Congress, said in a letter Wednesday to Commerce Secretary Wilbur Ross.

[…] Dozens of Chinese companies are already on the “Entity List,” though none with an explicit, direct link to the oppression in Xinjiang. The U.S. has long maintained restrictions on the export of crime control and detection equipment to China.

Listing would place the entities under export administration regulations requiring American companies wishing to sell to them to be subject to “specific license requirements for the export, re- export and/or transfer (in-country) of specified items,” according to the Commerce Department’s Bureau of Industry and Security.

[…] “Given the national integration of China’s state security apparatus, we believe there should also be a presumption of denial for any sale of technology or equipment that would make a direct and significant contribution to the police surveillance and detection system,” the letter said. [Source]

A potential stumbling block towards a more united sense of condemnation from the West is President Trump’s disinterest towards upholding human rights worldwide. The Editorial Board at the New York Times highlights what should be done:

One problem is that President Trump’s own fondness for strongmen and indifference to human rights undermines his administration’s criticism of China. And his anti-immigrant policies and imposition of tariffs on Chinese imports hardly incline Beijing to listen to lectures on what it considers internal matters.

While important, just condemning China’s ruthless practices is unlikely to be enough when Mr. Xi is doubling down on his totalitarian ways. His government has denied re-education camps exist while expanding them further.

To encourage China to change course, the United States and Europe will need to impose sanctions on Mr. Chen, the regional party boss, and others involved in the mass detention project, including Chinese companies underwriting surveillance systems. American companies should be barred from selling technology that abets human rights abuses. [Source]

Australia, which has hotly debated how to defend itself against Chinese foreign influence operations, has also raised concerns about Beijing’s increasingly oppressive activities in Xinjiang. The Australian National Imams Council called the treatment of Uyghurs “inhumane and unbearable” and called for the Australian government to respond. Following a review by the U.N. Committee on the Elimination of Racial Discrimination, Australia’s opposition Labor Party stated it was “deeply concerned by continuing reports of the mass detention of China’s minority Uighur population and other violations of human rights.”

The Guardian’s Simon Tisdall details how such concerns may also strain ties with Europe:

[…] The stand-off highlights one of the most challenging 21st century dilemmas for western democracies: how to sustain the pretense that an increasingly totalitarian China is a “normal” country with which they can do business.

[…] Xi’s success in abolishing term limits and establishing himself, de facto, as unelected “paramount leader” for life, his aggressive stance over the South China Sea, Taiwan and Hong Kong, his party purges, and his nationwide curbs on religious freedoms, free speech and independent media all add up to a wider challenge to western double standards. European countries seek a “golden era” of trade, investment and new markets, exemplified by Theresa May’s Beijing visit in February. At the same time, their most cherished beliefs and values, long enshrined in international law, are being shredded by a regime that treats their opinions with disdain.

In this sense, Xinjiang is a test case. So far China has avoided any significant political costs. Its UN security council veto protects it from meaningful censure. But the western democracies are not without leverage and influence, from the use of economic sanctions to political and moral pressure applied across a range of international platforms. If the abuses suffered by Rohingya Muslims in Myanmar require investigation by an international criminal tribunal, as the UN has suggested, then so too does Beijing’s pitiless war on the Uighurs. China’s slide into totalitarianism is accelerating. But who among western leaders will admit that the price of doing business is too high? [Source]

Partly due to economic and trade incentives, in addition to pressures on Uyghurs abroad to spy on and report one another, Muslims worldwide have been largely silent on the ongoing plight that Muslims in Xinjiang have faced. Now, however, the tides are turning. Anwar Ibrahim, who is slated to become Malaysia’s next prime minister, has called for formal talks with China.  The Uyghur community in the U.S. has assembled testimonies that were sent to the U.N. Uyghur youths have described the intense emotional burden of being stranded abroad while their parents’ whereabouts remain unknown. In Saudi Arabia, the husband and mother of a Uyghur woman detained in a re-education camp released an appeal to the Saudi government to advocate for her release. In Kazakhstan, Deutsche Welle has interviewed several family members of those interned and former camp inmates. Meanwhile, 150 Muslims protested in Mumbai against the detainment of Muslims and operation of re-education camps, chanting “Down with China” and holding signs stating that China was “snatching religious freedom,” while protests continued in Bangladesh:

#Bangladesh Muslims protest against China oppression with #Uyghur Muslims in Dacca. They are the first people of Islamic world to stand up for brothers and sisters in #china.
Muslims, our fate is connected!☝
孟加拉民众大规模走上街头，抗议中国在新疆的法西斯运动，这是历史的先声！ pic.twitter.com/N2Mm9Qbxxn

Read more about the ongoing crackdown in Xinjiang, via CDT, an in-depth interview with Darren Byler on the “de-extremification” campaign, or a Wall Street Journal piece on long-standing motivations to suppress Muslims in Xinjiang.