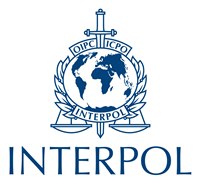 French authorities are investigating the disappearance of Meng Hongwei, the Interpol president and Chinese vice minister for Public Security whose appointment to the former, largely ceremonial role sparked concern among rights groups in 2016. From AP’s Lori Hinnant and Christopher Bodeen:

Meng Hongwei’s wife reported Friday that she had not heard from her 64-year-old husband since he left Lyon, France, where Interpol is based, said the official, who spoke on condition of anonymity to provide details of an ongoing investigation.

The French official said Meng did arrive in China. There was no further word on Meng’s schedule in China or what prompted his wife to wait until now to report his absence.

In a statement, Interpol said it was aware of reports about Meng’s disappearance and added “this is a matter for the relevant authorities in both France and China.” The statement noted that Interpol’s secretary general, and not its president, is responsible for the international police agency’s operations.

[…] Meng’s duties in China would have put him in close proximity to former leaders, some of whom had fallen afoul of President Xi Jinping’s sweeping crackdown on corruption. In particular, Meng likely dealt extensively with former security chief Zhou Yongkang, who is now serving a life sentence for corruption.

Xi has also placed a premium on obtaining the return of officials and businesspeople accused of fraud and corruption from abroad, making Meng’s position all the more sensitive. [Source]

South China Morning Post reported that a source had confirmed that Meng is under investigation, having been “‘taken away’ for questioning by discipline authorities ‘as soon as he landed in China’ last week, the person said.”

No one—including senior #China officials—should be subjected to arbitrary detention. Ever. It’s on authorities there to immediately clarify his whereabouts, well-being, and legal status. @hrw @hrw_chinese https://t.co/oj9VmwjYlN

Even if he was actually corrupt. Human rights abusers have human rights; abusing them is no solution. https://t.co/sJSjn5recQ

Richardson tweeted in 2016 that Meng’s selection showed “appalling judgement or shocking naïveté on Interpol’s part,” while Amnesty International’s Nicholas Bequelin found it “alarming given China’s longstanding practice of trying to use Interpol to arrest dissidents and refugees abroad. It seems at odds with Interpol’s mandate to work in the spirit of the Universal Declaration of Human Rights.” Meng had spoken approvingly of Xi Jinping’s 2014 revival of the Mao-era vision of law as a “knife handle” in the Party’s grasp, urging public security workers to “study and implement the spirit of General Secretary Xi’s important speech well, and fulfill the glorious mission entrusted to them by the Party and people.”

In March this year, The Economist examined Meng’s and Interpol’s role in China’s global hunt for fugitives, which has also included covert action on foreign soil.

Increasingly, China is trying to use Interpol, an international body for police co-operation, to give its cross-border forays a veneer of respectability. Interpol has no power to order countries to arrest individuals, but many democratic states frequently respond to the agency’s “red notices” requesting a detention as a precursor to extradition. In 2015 China’s government asked Interpol to issue red notices for 100 of its most-wanted officials. To date, the government says half of those on the list have returned, one way or another. Small wonder that Xi Jinping, China’s president, has said he wants the agency to “play an even more important role in global security governance”.

Since 2016 Interpol has been headed by Meng Hongwei, who is also China’s vice-minister of public security. That year alone China issued 612 red notices. The worry is that China may have misrepresented its reasons for seeking arrests abroad. Miles Kwok, also known as Guo Wengui, a businessman who fled China in 2015, stands accused of bribery. But it was only when he was poised to give an interview last summer in which he had threatened to expose the misdeeds of the ruling elite that China asked Interpol to help secure his arrest. When America refused to send him home, the Chinese government requested a second red notice, accusing Mr Kwok of rape. [Source]