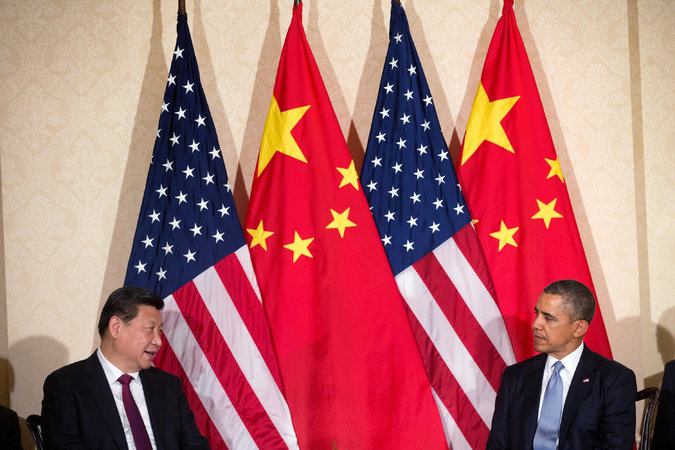 The U.S. government has warned China about the presence of undercover Chinese agents working in the U.S. to retrieve expatriates suspected of economic crimes. The activities are carried out through what Beijing has termed Operation Fox Hunt, a global campaign to repatriate fugitives as part of the Xi administration’s ongoing corruption crackdown. Mark Mazzetti and Dan Levin at The New York Times report:

The American officials said that Chinese law enforcement agents covertly in this country are part of Beijing’s global campaign to hunt down and repatriate Chinese fugitives and, in some cases, recover allegedly ill-gotten gains.

[…] The campaign, a central element of Mr. Xi’s wider battle against corruption, has proved popular with the Chinese public. Since 2014, according to the Ministry of Public Security, more than 930 suspects have been repatriated, including more than 70 who have returned this year voluntarily, the ministry’s website reported in June. According to Chinese media accounts, teams of agents have been dispatched around the globe.

American officials said they had solid evidence that the Chinese agents — who are not in the United States on acknowledged government business, and most likely are entering on tourist or trade visas — use various strong-arm tactics to get fugitives to return. The harassment, which has included threats against family members in China, has intensified recently, officials said. [Source]

Ling Wancheng is one of the top expatriates Chinese agents have been trying to track down in the US. He is the younger brother of Ling Jihua, a top aide to former President Hu Jintao who was charged with corruption and removed from the Communist Party last month. Josh Chin, Jeremy Page, Alejandro Lazo, and Adam Entous at The Wall Street Journal report on Chinese operatives’ pursuit of Ling Wancheng on US soil:

Tommy Yuan was preparing for class at the math-tutoring center he owns in Irving, Texas, one afternoon in June when two men walked in alongside the usual group of students’ parents and then quickly left.

[…] “If you want to protect your ex-wife, you’ll give us information,” the visitors said, according to Mr. Yuan, who was born in China and settled in the U.S. in the 1990s. They said they were looking for a man called Ling Wancheng.

[…] For much of 2014, Mr. Ling was living under an alias in a mansion in a gated community in Loomis, Calif., near Sacramento, with Mr. Yuan’s ex-wife, neighbors said. The couple hasn’t been seen there since around October.

[…] Mr. Yuan said the two men who visited him in June accused Mr. Ling of making money illegally and bringing a large sum into the U.S.

“One of them was very serious and said: ‘If you help us, maybe we can help you,’ ” said Mr. Yuan. “That’s when I realized these aren’t the kind of guys you can joke with.” [Source]

China has dismissed the Obama administration’s warning and once again criticized its unwillingness to cooperate with its anti-corruption campaign. Dan Levin at The New York Times report:

Responding to an article published on Sunday by The New York Times, China’s official news agency Xinhua on Monday called the order for Chinese agents to leave the United States a “regrettable move” and accused the Obama administration of breaking bilateral law enforcement agreements. No mention was made of the Chinese agents illegally operating in America or of their use of threats and other forms of harassment against targets, actions that United States officials say they can prove.

“The Obama administration should show sincerity in anticorruption cooperation with China and stop parochial calculations,” the Xinhua article said, claiming that “some analysts even say that the United States is reluctant to repatriate those corrupt officials for the sake of their money of course.”

China’s public refusal to halt the activities of its covert agents on American soil is likely to further heighten tensions between Washington and Beijing. The two are already at odds over a range of issues, including the recent cybertheft of millions of government personnel files, which American officials suspect was directed by China, and the devaluation of the Chinese currency. The warning came just weeks before President Xi Jinping of China is scheduled to arrive in Washington on a state visit.

[…] While citing various prior bilateral law enforcement cooperation agreements as a positive gesture, the article claimed, “Chinese people can’t help asking: Is the United States’ butt seated with the corrupt officials over there or with justice here?” [Source]

The United States does not have an extradition agreement with China due to Washington’s concerns about the Chinese justice system’s lack of due process, judicial independence, and human rights protections.