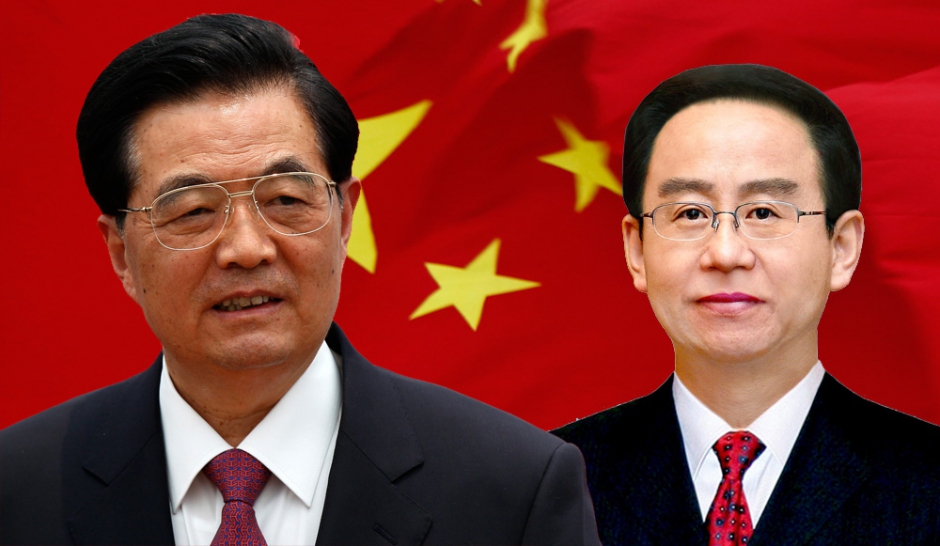 After the announcement late last year of a disciplinary investigation into Ling Jihua, the top aide of former president Hu Jintao, Ling has been arrested for corruption, expelled from the Party, and removed from all official posts. Xinhua reports on Ling’s alleged disciplinary violations:

Investigations found Ling seriously violated the political discipline and rules of the CPC, as well as the Party’s organizational and confidentiality discipline. He took advantage of his posts to seek profit for others and accepted huge bribes personally and through his family, according to a statement released after the meeting of the Political Bureau of the CPC Central Committee.

Ling also obtained a great deal of the Party and state’s core secrets in violation of laws and discipline. He violated regulations on integrity and self-discipline, accepting others’ money and belongings personally and through his wife, and sought benefits for his wife’s businesses.

Ling also committed adultery with a number of women and traded his power for sex, the statement added. He should bear major responsibility for his family members’ acts of seeking profit using the influence of his position.

The investigation also found clues that Ling may have engaged in other criminal offenses.

Hu Jintao reportedly approved an initial probe into Ling last year, and a government spokesperson told Reuters in March that Hu himself was not implicated in his aide’s investigation. The accompanying allegations of “adultery with a number of women” has become a marker of fallen officials, mentioned in the Party expulsion announcement of former Chongqing Party chief Bo Xilai in 2012, and also that of former state security chief Zhou Yongkang late last year; both former officials are now serving life in prison.

During the 2012 leadership transition, Ling found himself in the spotlight when it was revealed that he and other Party officials had helped cover up the Ferrari accident that killed his son.

The AP rounds up expert analysis of Ling’s arrest and Party expulsion:

Jeffrey Bader, a senior fellow at Washington-based think tank Brookings Institution, said the expulsion of Ling from the party and the arrest was long expected.

“It’s the sign of the determination of Xi Jinpng and the leadership to go after high-level actors in the anti-corruption campaign,” Bader said.

The political motivation to purge Ling is unclear, said Steve Tsang, senior fellow at the University of Nottingham’s China Policy Institute. “We have not heard of any real personal grudge that Xi Jinping would have against Ling Jihua,” Tsang said.

Ling held a sensitive position but never made into the party’s top echelon. [Source]

Last June, months prior to the announcement of an official probe into Ling Jihua, his older brother Ling Zhengce was placed under investigation. No formal arrest of the elder Ling has yet been made. Last week, Ling Jihua’s brother-in-law Wang Jiankang, a deputy mayor in Shanxi, was reportedly detained and questioned for a second time. The South China Morning Post’s Keira Lu Huang reports:

Wang Jiankang, 60, one of five deputy mayors of Yuncheng, in Shanxi province, was first taken into custody as part of a graft investigation last summer for more than 50 days after it was announced that his other brother-in-law Ling Zhengce – the elder brother of Ling Jihua – was being investigated. Wang was released in late August.

A report by online portal NetEase said Wang was taken away “recently”, but added it was not confirmed whether he was assisting the investigation or was the target. A source told the South China Morning Post that Wang was taken away on the weekend. But, details were unclear.

Calls to Wang’s mobile phone were directed to voice mail and calls to his secretary went unanswered. A staff member working at his office declined to comment. […] [Source]

Read more on Xi Jinping’s ongoing anti-corruption drive, via CDT. Also see prior coverage of Ling Jihua in English or Chinese, via CDT.